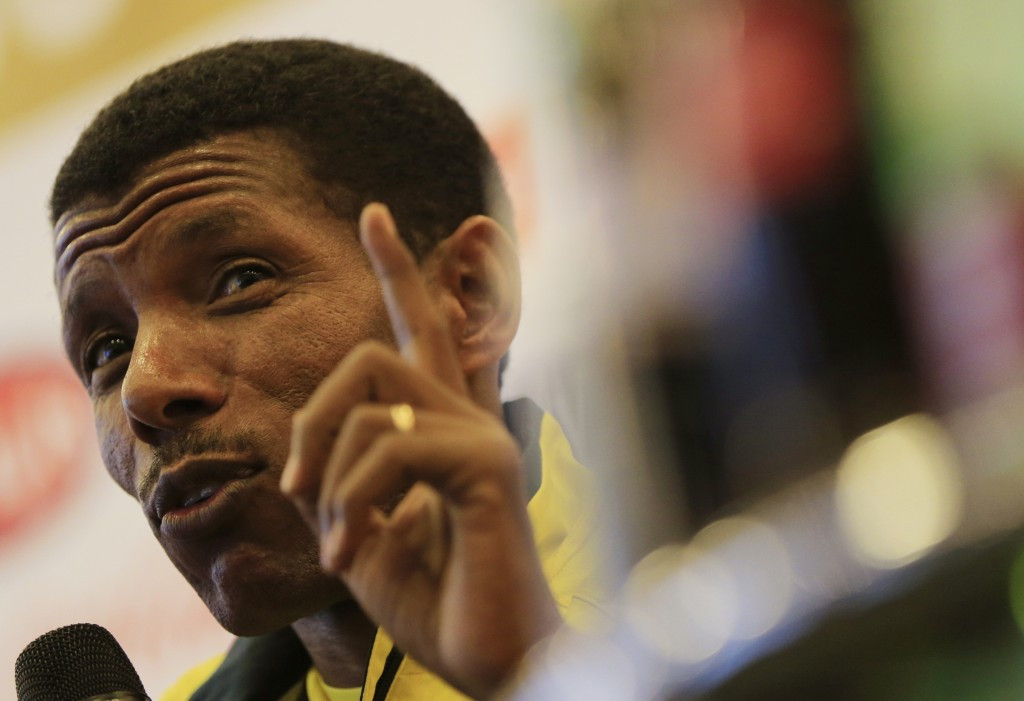 Haile Gebrselassie has revealed that one of his first initiatives as the newly appointed President of the Ethiopian Athletics Federation (EAF) will be to change a system which has operated for a generation, requiring athletes who wish to further their careers to live and train in Addis Ababa.

The 43-year-old double Olympic champion - born 175 kilometres from the capital in Asella, within the recently troubled region of Oromia - is keen to allow Ethiopia’s athletes greater flexibility.

"One of the first things I want to do is to help establish and strengthen regional centres so that athletes will not have to move to live and train in Addis Ababa as they now do to become part of the national set-up," he told insidethegames after receiving a Lifetime Achievement Award at a gala event in Athens organised by the International Association of Marathons and Road Races (AIMS).

Gebrselassie, who spent yesterday in Zurich at a Local Heroes fundraising event supporting the schools he has set up back in his native Ethiopia, was elected for a four-year term last weekend after receiving nine of the 15 votes in a ballot of Ethiopia's regional athletics leaders.

Last week the multiple world record holder paid his first visit as President to the EAF offices where, five months earlier, he had been among 100 athletes and former athletes protesting about the Federation’s handling of numerous issues, including Olympic selection.

"I went into the office to meet the people I will be working with and to talk to them about their experiences over the last few years," he said.

"I am just beginning to realise how big a job this is - it is going to take a lot of my time and attention."

In March, Ethiopia was among five nations, also including Kenya, designated by the International Association of Athletics Federations as being in "critical care" with regard to doping issues.

"Our country's name has been mentioned alongside other countries for doping," Gebrselassie told Associated Press on the eve of the election.

"One of my first jobs if I get elected is to make sure that athletes could win without doping by showing them that I'm a living proof.

"Instead of challenging the World Anti-Doping Agencyand other anti-doping agencies, we have to be able to admit that we have a problem and then work hard to address it.

"I believe that Ethiopia's doping problem is not deep but certainly there are signs."

He added: "The state of athletics in Ethiopia is not on the right track so I don't want to sit idle and watch it turn into ruins.

"Our main problem is that we haven't had a leadership that could bring out and nurture that talent."

The Big Read on Haile Gebrselassie is here.