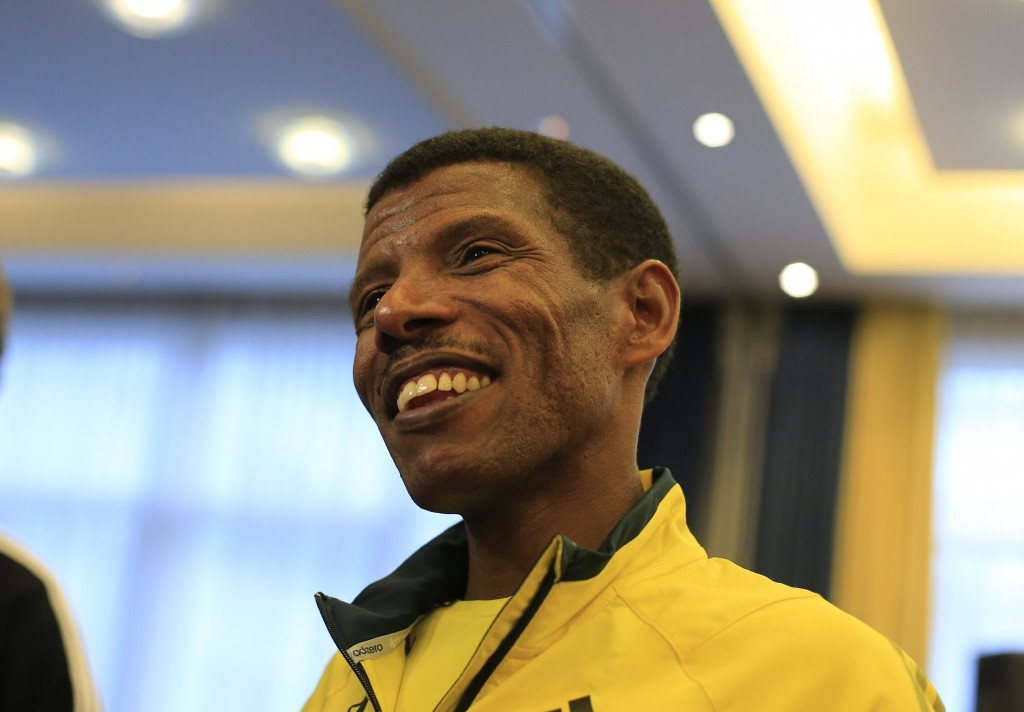 Distance running great Haile Gebrselassie has pulled out of this weekend’s Bank of Scotland Great Scottish Run to be with his eldest sister who is seriously ill.

The 42-year-old Ethiopian had been due to participate in the 10,000 metres in Glasgow, and the race was set to be his final competitive outing.

However, he has now opted not to travel and his swansong may now be at a later date.

“I am sorry not be able to come to Glasgow but I must be with my sister now,” Gebrselassie said.

“I hope people will understand and I promise to come back soon.”

After announcing his intention to retire from racing in May, Gebrselassie had signalled his intentions to draw his competitive racing career to a close by returning to the event, having won the half-marathon back in 2013.

The two-time Olympic champion over 10km has been one of the most recognisable athletes in the sport having won eight world titles.

He secured victories in 11 major marathons, as well as achieving 27 world records on track and road during his career.

Gebrselassie had also been due to assist with starting duties for this year's half-marathon but will no longer be able to get proceedings underway.

“Our thoughts are with Haile’s sister and the family,” said Brendan Foster, chairman of event organisers The Great Run Company.

“Of course we understand that Haile needs to be with them in Addis Ababa now.”

The Great Scottish Run is set to take place from October 3 to 4, with junior events set to be held tomorrow prior to the 10km and half-marathon races being held on Sunday.