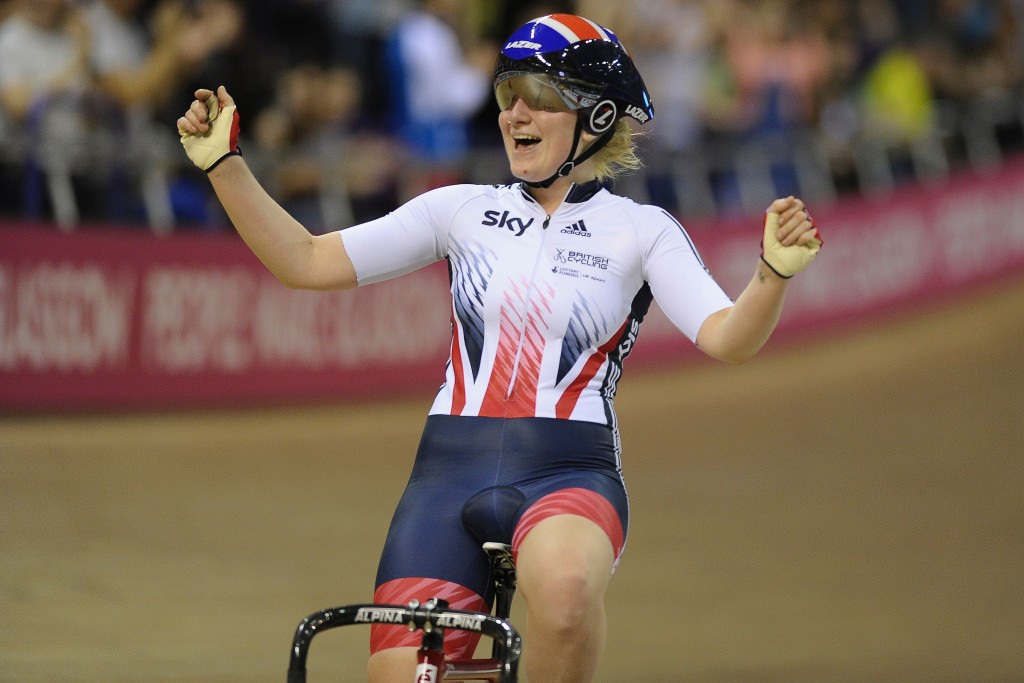 The hosts earned a team pursuit double two days ago but triumphed in the men’s team sprint competition today with another youthful line-up.

Their team of Jack Carlin, Ryan Owens and Joe Truman represented a completely different line-up to the one which triumphed at Rio 2016, but the trio highlighted their potential by clocking 43.479 seconds to win the final.

France’s Sebastien Vigier, Benjamin Edelin and Quentin Lafargue were forced to settle for silver by finishing in 44.414.

Bronze was claimed by Poland, after Maciej Bielecki, Mateusz Rudyk and Kamil Kuczynski finished in a time of 43.962 to beat Germany.

Emily Kay, a women’s team pursuit gold medallist in Glasgow, doubled her tally by winning the new-look omnium which saw four events held in one day.

After strong results in the scratch, tempo and elimination races, Kay was able to move to the top of the standings in the points race.

She finished on 121 points, with Belgium’s Lotte Kopecky and Tatsiana Sharakova of Belarus finishing narrowly adrift on 120 and 119 respectively.

France and Spain would also claim two gold medals on the final day of the World Cup, with the experienced Sylvain Chavanel providing the former with an individual pursuit gold.

The 37-year-old completed the four kilometre distance in 4min 20.567sec, with Poland’s Daniel Staniszewski ending two seconds off the pace.

Dion Beukeboom earned victory in the bronze medal ride with the Dutchman clocking 4:20.742.

The second French gold was earned by Elise Delzenne, who triumphed in the women’s scratch race ahead of Japan’s Minami Uwano and Evgeniya Romanyuta of Russia.

A closely fought women’s team sprint final was won by Tania Calvo Barbero and Helena Casas Roige as the Spanish pair finished in 33.351, with Jun Han and Lili Liu of China ending narrowly adrift on 33.705.

The World Cup drew to a close with Sebastian Mora Vedri and Albert Torres Barcelo claiming victory in the men’s madison, with the Spanish riders earning 45 points.

Points race gold medallist Cameron Meyer finished second with his Australian team-mate Callum Scotson after they ended on a tally of 44, with Kenny de Ketele and Moreno de Pauw completing the podium for Belgium on 41.