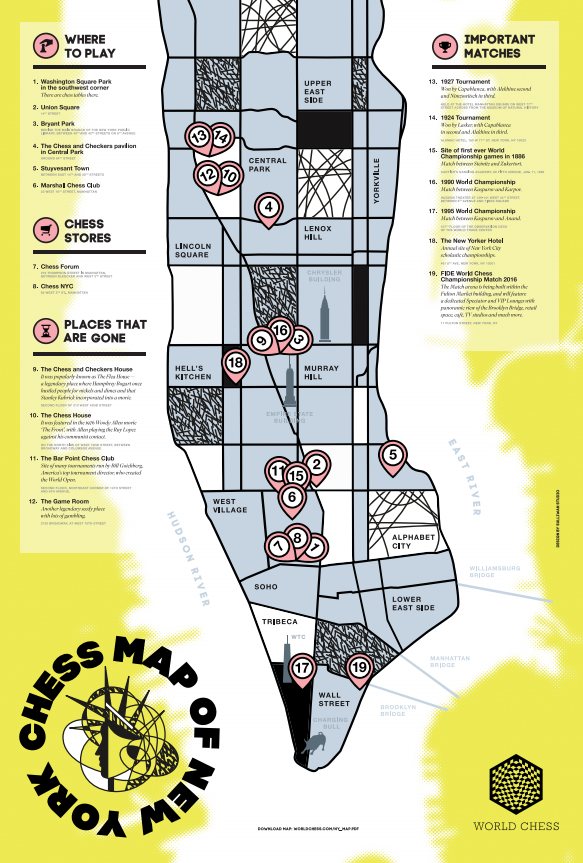 World Chess Championship and the International Chess Federation (FIDE) have unveiled a chess map of New York to mark the start of the event in the city.

The map is claimed to be part of a merchandising programme surrounding the World Chess Championship Match, which is set to take place from November 11 to 30.

Organisers have asserted the map is the first ever to be related to chess culture, with the aim to celebrate New York as being one of the world’s “chess capitals”.

“From World Championships to street hustlers, New York City has it all when it comes to chess,” the World Chess Championships organisers wrote.

“We’ve produced a map that shows some of the highlights.

The World Chess Championship is due to take place in the Seaport District in New York City.

The match will last for 12 rounds, with organisers stating it will be the first time any sport will be broadcast in 360-degrees virtual reality.

The map can been downloaded here New York Chess Map.pdf