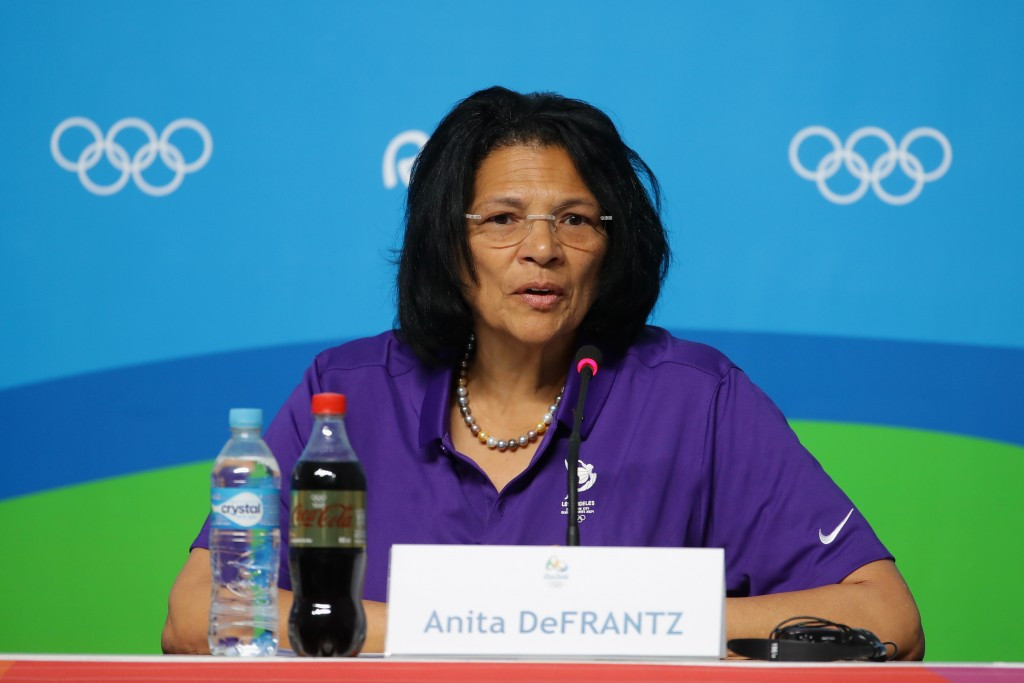 International Olympic Committee (IOC) Executive Board members Anita DeFrantz and Angela Ruggiero have vowed to further the influence of women in sports through Los Angeles 2024.

The two American women claim to have been inspired by last night's Women in Sport awards here in which those to have contributed to sporting gender equality were honoured.

They cited the "remarkable performances of Team USA’s female athletes at the Rio 2016 Olympic and Paralympic Games as evidence that an American Games in 2024 can provide an unprecedented platform for female athletes from around the world to achieve their goals, in sport and in life".

This comes on election day in a US Presidential election in which gender has been a bitter part of the battle between Hillary Clinton and Donald Trump.

“Of course we are proud of Team USA’s woman Olympians and Paralympians, but what is even more encouraging is that US women are part of a growing trend driven by the work of the IOC," said DeFrantz, who is Los Angeles 2024's senior advisor for legacy.

"The progress we have seen in recent years is tremendous; now we believe that LA 2024 can be the Olympic Movement’s best partner for continuing this vital process of transformation.

"For us, equality is not just a case of evening up the numbers: it is about respect, opportunity and aspiration.

"The United States has had and will continue to have a big role to play worldwide in supporting the rights of women in sport and in society.”

Los Angeles claims to be showcasing this message by strong female participation within the Bid Committee.

As well as DeFrantz and Ruggiero, former Olympic swimmer Janet Evans is vice-chair and Director of Athlete Relations.

“LA 2024 regards the promotion of equality in and through sport as a strategic priority for the Games and the Olympic Movement," added Ruggiero.

"LA 2024 is committed to getting America’s 50 million girls and young women enthusiastic about and participating in sport and the Olympic Movement.

"And we can help the Olympic Movement replicate that impact worldwide, because LA is a city that speaks to the world’s youth every day.”