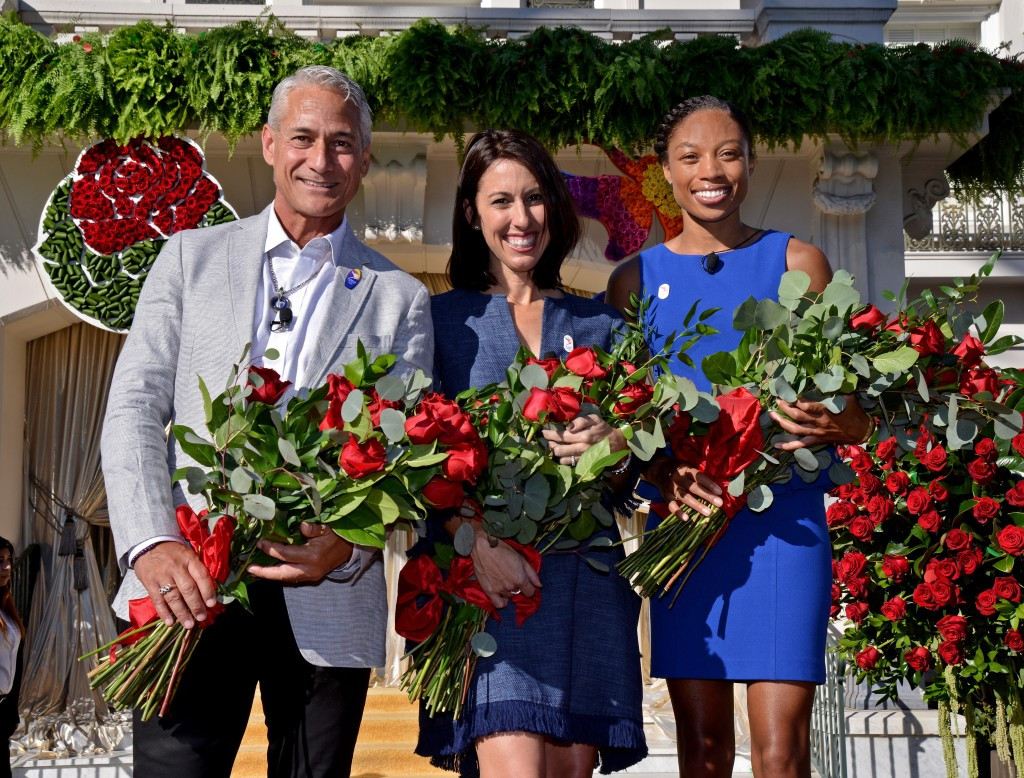 Los Angeles 2024 representatives Janet Evans, Allyson Felix and Greg Louganis have been announced as the grand marshals of the 2017 edition of the annual New Year celebration in Pasadena, the Tournament of Roses.

Annual events at the celebrations include the Rose Parade and the Rose Bowl American football game, as well as other festivities.

The three Olympians and Southern California natives will be part of the 128th Rose Parade on New Year's Day, to represent the 2024 Olympic and Paralympic Bid Committee.

Tournament of Roses President Brad Ratliff revealed the athletes would be given the honorary grand marshals titles at Tournament House in Pasadena, a city to the north of downtown Los Angeles.

"The impact that our three grand marshals have had on so many, both through their achievements and voices, truly is representative of our theme," said Ratliff.

"The values exhibited by our Olympians and the richness in their backgrounds has given so many others the support, encouragement and drive to succeed, and we want to celebrate all that they have given."

Evans is a five-time Olympic medallist and is widely regarded as the greatest female distance swimmer in history.

Evans is now the vice chair and director of athlete relations of Los Angeles 2024's bid.

Sprinter Felix won three gold medals at the 2012 London Olympic Games and followed that up in 2016 with two more golds and a silver on the track.

Louganis won diving silver at the 1976 Montreal Olympics at the age of 16 and then became the first male to win double gold in springboard and platform at the 1984 Los Angeles Olympics and then again at Seoul 1988.

He has won a total of five Olympic medals, five World Championship titles and 47 national titles.

All three Olympians serve on the LA 2024 Athletes’ Advisory Commission, which aims to ensure that athletes are involved in all aspects of Los Angeles’ plans and bid for the 2024 Games.

The Rose Parade will feature a possession of floats, bands and colour.

"On behalf of LA 2024, we’re thrilled that three of Southern California’s greatest Olympians will lead the world-famous Rose Parade and share our city’s Olympic passion with viewers across the globe," said LA 2024 chairman Casey Wasserman.

"Every New Year, the Tournament of Roses celebrates Southern California’s innovation, creativity and excitement for the future and LA 2024 will harness this optimistic spirit to invite the world to ‘Follow the Sun’ to the City of Angels for the 2024 Olympic and Paralympic Games."

Budapest and Paris are also bidding for the 2024 Games, with the International Olympic Committee set to elect a host in Lima on September 13 next year.