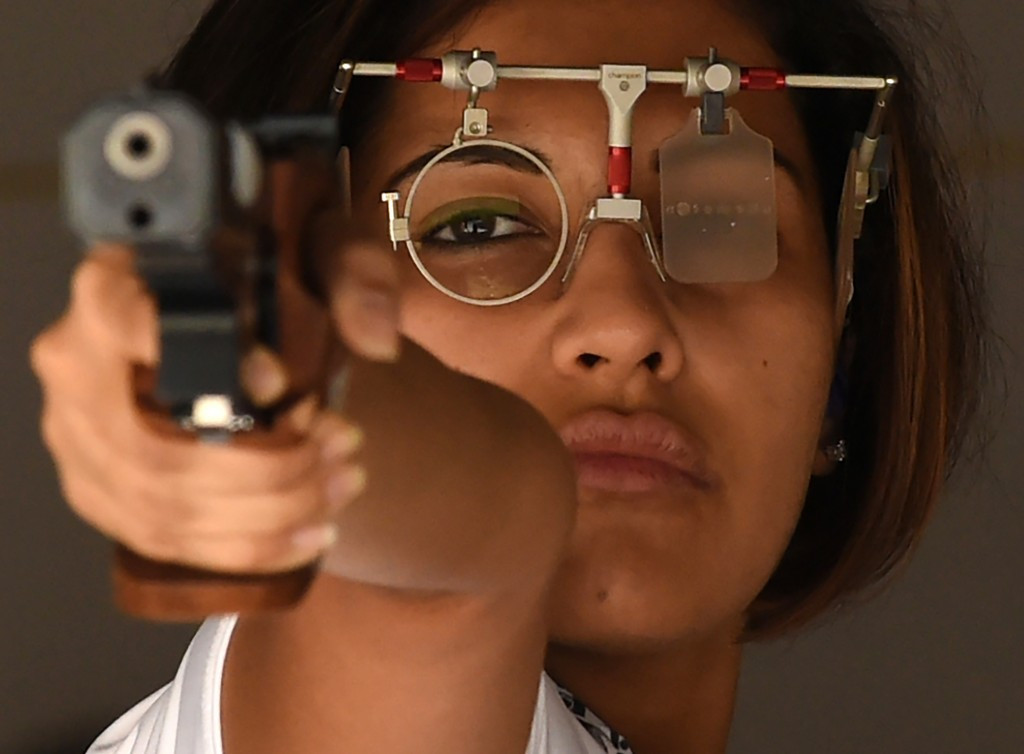 India's Heena Sidhu has withdrawn from the Asian Airgun Championship in Tehran in protest at organisers making it compulsory for all female competitors to have to wear a hijab.

The 27-year-old from Punjab had written to the National Rifle Association of India earlier this month to inform them of her decision and has now made her decision public.

The dress code on the official website of the tournament, due to take place between December 3 and 12, reads: "Women's clothing in the shooting range and public places is required to conform to the rules and regulations of I. R. Iran."

This has angered Sidhu, the first Indian female pistol shooter to be ranked as the world number one in an event by the International Shooting Sport Federation (ISSF).

"Forcing tourists or foreign guests to wear a hijab is not a sporting thing," she told the Times of India.

"You are practicing your religion, let me practice mine.

"If you are forcing your religious beliefs on me, then I don't want to compete."

There have been reports abt me skipping the Asian air weapon competition in Iran due to their practice of making women wear hijab. (1)

Im not a revolutionary. But I feel dat making it mandatory for even a sportsperson to wear hijab is not in the spirit of a Sport. (2)

Sport is an exhibition of sheer Human Effort nPerformance. Our ability to dig deep for Strength, Will Power and Determination. (4)

Wearing a headscarf is strictly enforced in Iran and has been since the Islamic Revolution in 1979.

Women who do not wear a hijab or are deemed to be wearing "bad hijab" by having some of their hair showing face punishments ranging from fines to imprisonment.

Heena had reportedly withdrawn from an event held in Iran two years back as well for the same reason but chose not to make that public.

In a series of tweets, Sidhu denied being a revolutionary but declared her pride in her sport as it brings people together from different cultures, backgrounds, sexes, ideologies and religion.

Heena won the gold medal in the women’s 10 metre air pistol at the 2013 ISSF World Cup Final in Munich.

She also won a Commonwealth Games gold medal at Delhi 2010 when she was a member of the Indian squad that finished first in the 10m air pistol team event.

Heena finished 14th at his year's Olympic Games in Rio de Janeiro after getting eliminated in the qualification round of 10m women's air pistol.