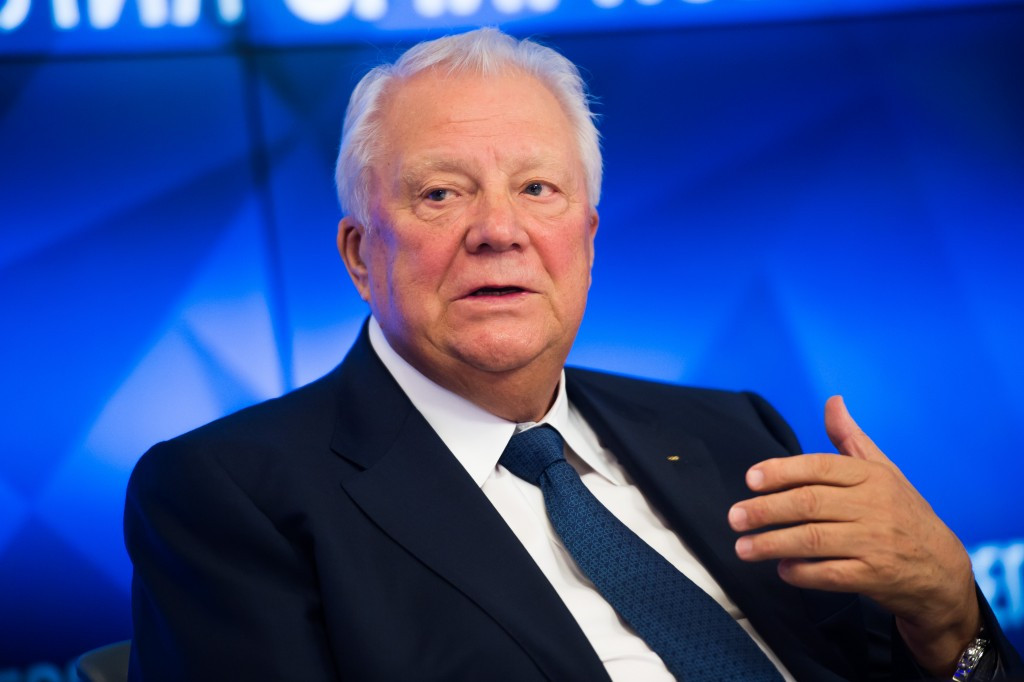 Russian officials have been requested to provide details of their anti-doping activities over the last five years by the International Olympic Committee (IOC), it has been announced as a backlash begins in the country against the organisation's decision to reward whistleblowing couple Yuliya and Vitaly Stepanov.

insidethegames revealed this week how former Russian Anti-Doping Agency (RUSADA) employee Vitaly will be providing a consultancy service to the IOC on all aspects of doping control and the protection of clean athletes following a meeting with IOC President, Thomas Bach.

His wife, the middle distance runner Yuliya, will be receiving a scholarship to be used for her training.

Evidence of state-sponsored doping that the duo provided to the German ARD television network in 2014 began a process culminating in the suspension of Russia from the International Association of Athletes Federations (IAAF) as well as the opening of further investigations in other sports.

They have been forced to leave the country for the United States amid a barrage of criticism in Russia.

"How can I accept what happened - they are traitors," State Duma deputy and Russian Paralympic Committee vice-president Roman Batalov told the TASS news agency while criticising the IOC decision.

Former President of the All-Russia Athletic Federation Valentin Balakhnichev, the ex-IAAF treasurer who has since been banned from the sport for life for involvement in a scheme to solicit bribes in return for the covering up of failed drugs tests, also criticised the decision.

He told championat.com that in Russia they "have a different approach to people who provoke, make films [with] a hidden camera", and "accuse his colleagues are lying about their alleged violations".

This comes as Vitaly Smirnov, the honorary IOC member who has been appointed as the head of a Russian anti-doping commission, confirmed how they have been contacted by the IOC to provide specific information about drugs-testing processes.

Two IOC investigations are being simultaneously carried-out - by French judge and IOC Ethics Commission vice-chair Guy Canivet and by Swiss IOC member Denis Oswald - at the same time as a World Anti-Doping Agency-commissioned one spearheaded by Canadian lawyer Richard McLaren.

"We have received a letter from the IOC Disciplinary Committee, which voiced a number of serious questions regarding the anti-doping control beginning in 2010 and until 2015," Smirnov told TASS.

"Our independent commission sent relevant inquiries to the Russian Olympic Committee, the Sports Ministry and sports federations, which have often reported doping abuse problems, as well as to the Investigative Committee.

"We have already received almost all answers and this week we will send our reply to the Commission."

Smirnov has, however, called for closer involvement from his panel in the re-analysis of doping samples submitted by Russian athletes at the Sochi 2014 Winter Olympic Games.

It is alleged that up to 15 home medal winners were implicated in a Sports Ministry-initiated scheme in which samples were illegally switched for clean ones.

Russian middle distance runner Kristina Ugarova, one of those recorded by the Stepanovs discussing their use of performance-enhancing drugs, is due to attend a hearing on November 11 in Moscow after she filed a lawsuit against ARD in an attempt to protect her "honour and dignity".

She claims to have been misinterpreted in their documentary.

"I will certainly attend the hearings and will hold the floor," Ugarova told TASS.

"I was speaking about one matter in the recording used by ARD, but the translation used [in the film] voiced another matter.

"In other words, the authors of the film made their own conjectures about what I actually was speaking about, which is a direct violation.

"In case our lawsuit is satisfied in Moscow, we will be turning to international courts."