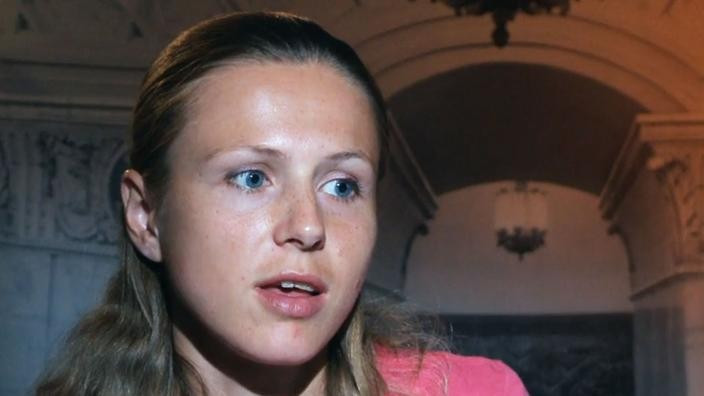 Yulia Stepanova, a whisteblower in the German television documentary which led to Russia being suspended by the International Association of Athletics Federations (IAAF) for doping, is set to be sued by some of the runners who she identified as allegedly using banned performance-enhancing drugs.

A lawyer representing several athletes is currently putting together a case due to be filed in a Moscow court next month.

The group named in the action is expected to include middle-distance Tatyana Myazina and Kristina Ugarova, who were among five athletes recommended for life bans in the World Anti-Doping Agency (WADA) Independent Commission published last week.

Mariya Savinova and Ekaterina Poistogova, the Olympics and bronze medallists in the 800 metres at London 2012, are also facing being suspended.

"I think we will be able to prepare materials within two weeks and file a lawsuit to a Russian court," Alexander Karabanov said.

Ugarova described the claims as "slanderous", while Myazina, the 2015 World Universiade 1500 metres bronze medallist, said: "I did not take any banned substances."

The 29-year-old Stepanova, a former world-class 800 metres runner who was herself suspended for doping offences, secretly recorded Russian coaches and athletes over almost two years describing how they used performance-enhancing drugs.

She and her husband Vitaly, a former Russian anti-doping agency official, were the key witnesses in the ARD documentary Top-secret Doping: How Russia makes its Winners  that alleged widespread corruption and drug-taking in Russian athletics.

It led to the formation of the WADA Independent Commission chaired by Canadian lawyer Richard Pound which recommended the All-Russia Athletics Federation be banned by the IAAF, putting their place at Rio 2016 in jeopardy.

Yulia Stepanova's name is mentioned 141 times in the 323-page report, which included transcripts of conversations with her coach Vladimir Kazarin about the doping programme he recommended for her.

Kazarin, who WADA have also recommended should be banned for life, has called her a "traitor".

The Stepanovas are currently living in a secret location Germany, having fled Russia on the eve of the programme being screened, but have applied to move to Canada.

He has also criticised Stepanova for her motives for turning whistleblower.

"I would like to hope that she had a genuine desire to restore health to the sport, if that is what is really motivating her," Mutko told Reuters.

"But if she is driven by some kind of mercantile things, money, or a residence permit in some country, Canada for example, then I don't know."