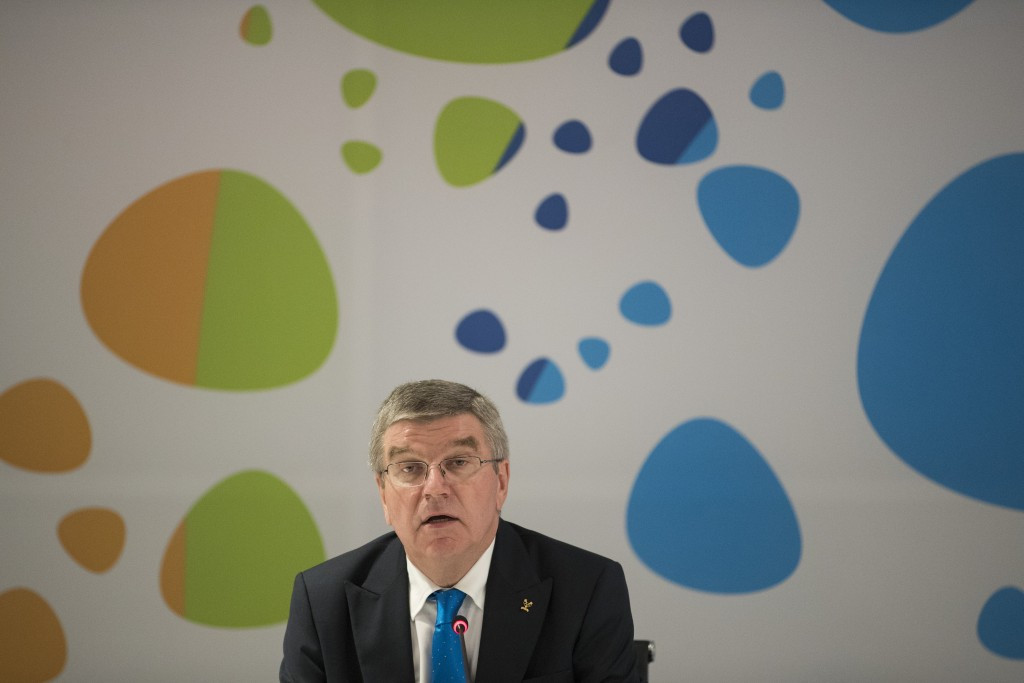 International Olympic Committee (IOC) President Thomas Bach has warned they will take "all appropriate measures and sanctions" against Russia depending on the findings of two reports they have commissioned into allegations of state-sponsored doping in the country.

Writing in a six-page letter sent to the 97 IOC members - and obtained by insidethegames - Bach outlined the aims of two separate investigations being simultaneously carried-out by French judge and IOC Ethics Commission vice-chair Guy Canivet and by Swiss IOC member Denis Oswald.

Canivet is set to focus on the allegations of Government involvement in Russian doping during the 2014 Winter Olympic Games in Sochi.

Oswald will look more specifically on the claims that samples submitted by home athletes during the Games were illegally replaced with fake ones.

It appears Oswald - a former International Rowing Federation President, who stood unsuccessfully against Bach for the IOC Presidency in 2013 - will be examining similar evidence to that considered in the World Anti-Doping Agency (WADA)-commissioned report led by Canadian lawyer Richard McLaren.

"While the Canivet Commission will deal with the question of an alleged Government-sponsored system of doping, a Disciplinary Commission under the chairmanship of our colleague Denis Oswald is addressing the question of doping or manipulation of samples concerning the Russian athletes participating in the Olympic Winter Games Sochi 2014," Bach wrote.

"In the context of this Commission, all doping samples of all the Russian Olympic athletes participating in 2014 will be reanalysed.

"The reanalysis will be two-fold: on one hand, whether there was doping, but not reported; and on the other hand, whether samples were tampered in a way described in the McLaren Report.

"The IOC will take all appropriate measures and sanctions according to the findings of the Commission."

Canivet will work alongside McLaren in his investigation, Bach said, and has already requested "cooperation and information".

They will also work with a Russian Commission set-up under the chairmanship of IOC honorary member Vitaly Smirnov, a former Sports Minister in the Soviet Union.

Bach claimed in his letter that they must "work together as a unified team" to resolve allegations which mark an "attack on their integrity".

Divisions have emerged between IOC and WADA in recent weeks, however, after the latter body advocated a blanket ban in July for Russian athletes from Rio 2016 following initial allegations of state-sponsored doping published by McLaren.

The IOC rejected this proposal and instead ordered individual International Federations to adopt criteria for Russian inclusion.

At the IOC Session in Rio de Janeiro on the eve of the Olympics, Bach criticised the "nuclear option" of a blanket ban before several members publicly supported him and fiercely criticised WADA for not having dealt with the probems sooner.

They also clashed over the IOC's refusal to allow Russian whistleblower Yuliya Stepanova to compete at the Olympic Games, something WADA had recommended but the IOC rejected after consultation with the Ethics Commission.

Bach has repeatedly insisted that they will take strong action when full conclusions are published by McLaren.

But his suggestion that Oswald will consider some of the same evidence suggests they will not rely entirely on what the Canadian finds.

McLaren's information is expected to be published by the end of October, although the Canadian has now suggested it is not expected to be completely finished for at least another two months.

Bach claims that the Canivet Commission will consult Russia for their defence after this is completed.

He will finalise his report after that.

He speculated that final "necessary measures" may then be taken by the IOC at "the beginning of next year", although it already appears likely this could be pushed back further.

"Now that the Olympic Games are over, we must together consider all the wider allegations contained in the McLaren Report - particularly those surrounding the Olympic Winter Games Sochi 2014," Bach added in his letter.

"They are about a manipulation of the anti-doping system and the WADA-accredited laboratory in Sochi with regard to the Russian athletes.

"These allegations go to the heart of the Olympic Games as an attack on their integrity.

"We can address this issue only if we work together as a unified team.

"Already in July, the IOC EB established an Inquiry Commission chaired by a former judge of the French Constitutional Court, Mr Canivet.

"He and his team will now investigate the whole affair and in particular the allegations with regard to the Olympic Winter Games Sochi 2014.

"Already the Commission has asked Professor McLaren for cooperation and information.

"Professor McLaren has responded that he expects his report to be finalised and published by the end of October.

"That means the Canivet Commission will be able to give the Russian side the opportunity to be heard only after this.

"Once the Canivet Commission has finalised its report, the IOC will take all necessary measures.

"According to the scheduling of the Commission, this may be the case at the beginning of next year."