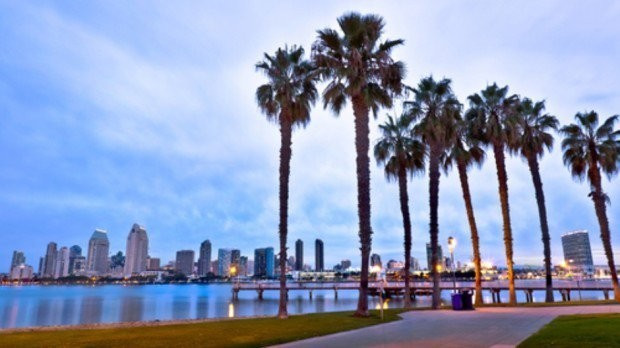 Four-on-four volleyball and ocean canoeing are among 19 sports proposed for a streamlined version of the Association of National Olympic Committees (ANOC) World Beach Games set to take place for the first time in San Diego in 2019.

The new launch of the events follows meetings between Mudd and ANOC officials, including secretary general Gunilla Lindberg, at last month's Asian Beach Games in Danang.

Mudd attended the event in Vietnam in order to gain experience in how to organise a cost-effective event.

Reducing the number of venue clusters to focus around Mission Beach is one such element he and Banks learnt, they said.

Current plans are for 19 sports to be contested, all of which are different disciplines to those contested on the Olympic programme.

These include basketball 3x3 and beach versions of handball, soccer, tennis and wrestling.

Beach volleyball will take place, but it is likely to be a four rather than two-a-side format.

The line-up is completed by ocean canoeing, stand-up-paddle and windsurfing.

Notable omissions include e-sports, which had been originally proposed, along with beach rowing.

It is still thought possible the programme could change further, however.

The dates proposed are between October 10 and 20.

The decision was supposedly taken by ANOC in order to allow National Olympic Committees and International Federations "optimum time to prepare their athletes" for the event.

But insidethegames understands there had also been a lack of progress with marketing and financing.

Banks claims that they could have organised the event in 2017, but are responding to the wishes of ANOC.

"Our partners needed longer prep time," he told the Times of San Diego.

He claimed that finding domestic sponsors is their next priority.

"We’re now relying on our own group to shape these Games," Mudd added.

"Help open that door for us."

insidethegames has contacted ANOC for more information about the sports programme and financial structure.