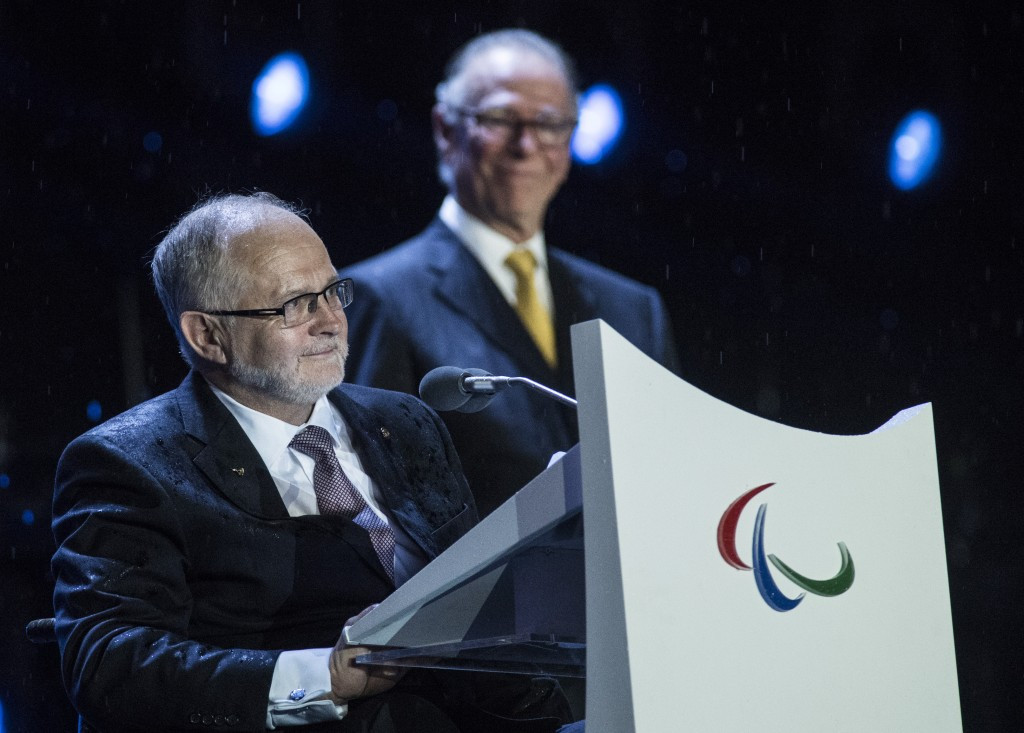 insidethegames understands Sir Philip sent a letter to the IOC President amid rising tensions between the two, which was then accepted by Bach.

It is thought both Bach and Craven are keen to draw a line under the issue following the reconciliation attempt from Sir Philip, who is a member of the IOC.

The RT television station in Russia released recordings of phone calls featuring the IPC President talking to a prankster, who was posing as Edwin Moses, a two-time 400 metre hurdles Olympic gold medallist, earlier this month.

Initially, they were not verified and the IPC declined to comment, but the fact Sir Philip felt the need to apologise for his actions all-but confirms the legitimacy of the tapes.

"Sir Philip has apologised to President Bach in writing and this has been accepted," an IPC spokesperson told insidethegames.

During the recording, Sir Philip launches an attack on Bach, claiming "public opinion across the world is against him" and that German Chancellor Angela Merkel - a key player in European politics - "couldn’t stand" her compatriot.

The IPC chief, first elected President in 2001 and who is due to stand down next year, also said he would "slam" Bach if he "pulled a fast one" at the recent Olympic Summit, where a number of key stakeholders within the Olympic Movement, including Sir Philip, discussed reforms to the current anti-doping system.

Among the other accusations in the call were that some senior members of the IOC - including Executive Board member Ugur Erdener and Gerardo Werthein - were "afraid" of Bach.

Erdener, the President of World Archery, told insidethegames he hadn't received his own letter of apology.

Sir Philip claimed many within the organisation did not agree with the way in which the IOC President dealt with the ongoing Russian doping crisis, which has forced a re-think within the Sports Movement about how the issue is tackled.

Friction seemingly began to surface between the organisations led by Sir Philip and Bach when the IPC took a different path to the IOC regarding Russian participation at the Olympic Games in Rio de Janeiro.

The IOC left it to the International Federations to decide whether Russian athletes would be able to compete at Rio 2016 following the release of the McLaren Report, which alleged the presence of a state-sponsored doping system in the country.

As a result, a reduced number of competitors from the nation participated in Rio, with the International Weightlifting Federation imposing a blanket ban.

There was also only one Russian track and field athlete - long jumper Darya Klishina - at the Games in the Brazilian city after she proved she met eligibility criteria laid down by the International Association of Athletics Federations, who suspended the All-Russia Athletic Federation in November following the publication of the first World Anti-Doping Agency (WADA) Independent Commission report.

The IPC, however, prohibited any Russian athlete from competing at Rio 2016 - a move which was widely praised in the media but led to criticism of Sir Philip from a number of sports organisations and officials.

Bach then declined the opportunity to attend the Paralympic Games, becoming the first IOC President to snub the event in 32 years.

His decision came amid a request from police to question Bach as a witness in the Irish ticketing investigation, which led to the arrest of IOC Executive Board member Patrick Hickey who denies all charges against him.

There was no suggestion Bach was guilty of any wrongdoing.

News of the letter comes ahead of Bach and Craven's first public appearance together since the phone call emerged, with the pair due to speak at the World Forum and Sports and Culture event here tomorrow.

insidethegames has asked the IPC whether Sir Philip has also apologised to Werthein and Erdener.