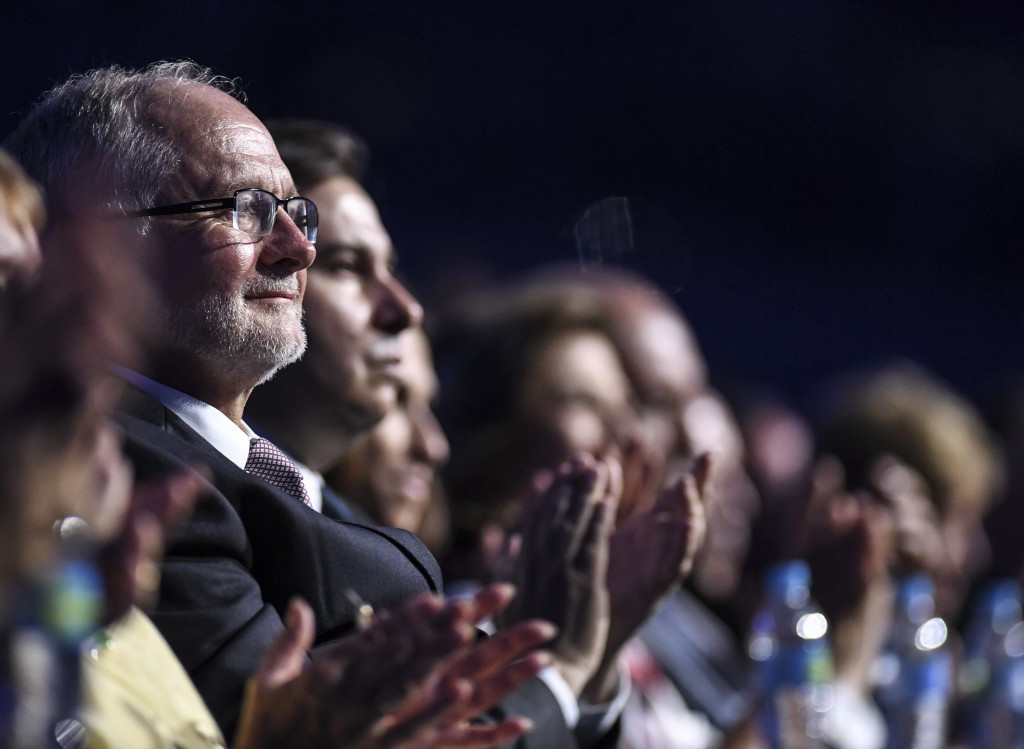 The RT television station in Russia published a recording of phone calls supposedly featuring Craven talking to a prankster, who was posing as Edwin Moses, a two-time 400 metre hurdles Olympic gold medallist.

These haven't been officially verified and the IPC have declined to comment.

The IOC rejected a call from the World Anti-Doping Agency (WADA) to do the same and instead handed responsibility to International Federations to form individual criteria for Olympic participation.

The prankster asks for Craven's thoughts ahead of the Olympic Summit, which took place today here in Lausanne.

"What I think about it is, if Bach tries to pull a fast one, I am gonna slam him," comes the reply in the recording.

"And I hope Craig Reedie [WADA President] does the same.

"But what worries me is that some senior members of the IOC seem to be afraid of Bach.

"I don’t understand it at all and I don’t care."

Further replies to other questions claim that the "majority of IOC members are really not in favour of the IOC position" and that Bach could find himself in a "difficult position" should his stance not alter.

"If Bach does not change his tone he is going to be in a very difficult situation because public opinion all over the world is against him, in particular in Germany," the reply to the prankster says.

Following the Olympic Summit here today, Bach declined to comment on the recordings after being asked during a teleconference with the media.

"The IPC does not comment on prank calls which supposedly involve personal conversations between two people," the IPC said when contacted by insidethegames.

Moses is a two-time Olympic champion, who set four world records and was world champion in 1983 and 1987 during his career.

After the conclusion of his athletics career, he has been heavily involved in the fight against substance abuse and doping in sport.

He has also been a member of the IOC's Athletes', Medical and Ethics Commissions, and served on the USOC Athletes' Advisory and Executive Committee.

Russia were specifically mentioned in reply to the prankster during the recordings, with claims that they were "not cooperating" with the IPC".

"The Russians are not cooperating at the moment," the tapes say.

"They are on the surface, they may seem as if they are, but they are not.

The reply adds: "From our side we will stand strong with you and with everybody else who knows that we cannot have the Russians competing again until they have adopted the right policies and that show that they are a clean nation.

"Never mind clean athletes, they have to be a clean nation.

"People say it was a brave decision.

"Well, it wasn’t brave, but it was just a correct decision.

"We all stick to the principles of what sport should be and we are not corrupted – put it like that – like maybe other people and other organisations are."