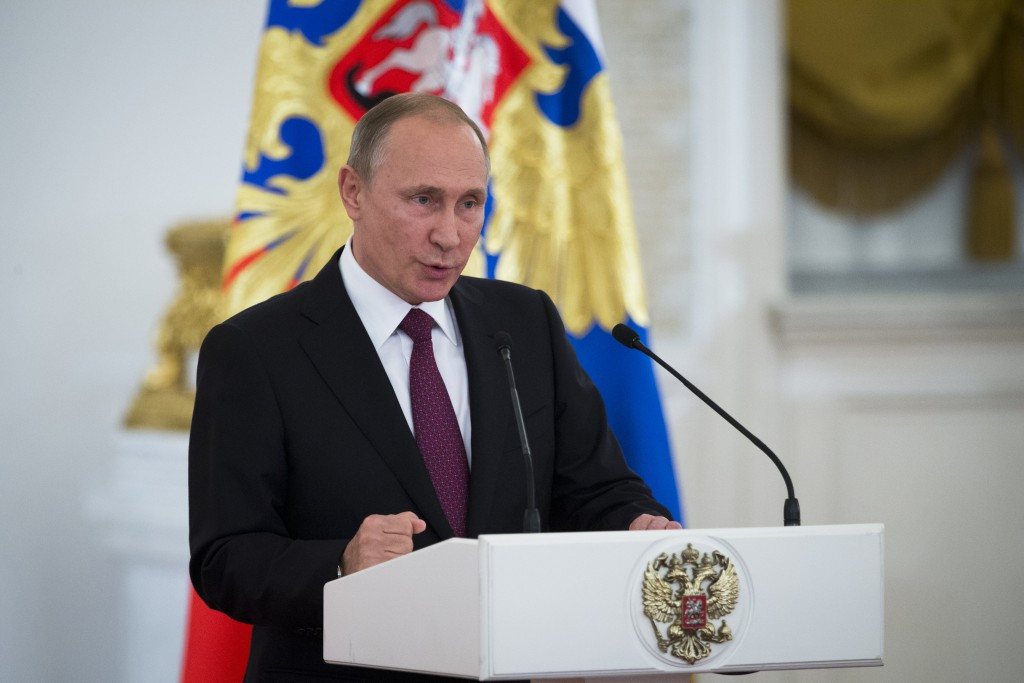 Russian President Vladimir Putin has again blasted the decision of the International Paralympic Committee (IPC) to ban his country from the Rio 2016 Paralympic Games, while his spokesman Dmitry Peskov claimed it is illegal.

The IPC introduced a blanket ban for Russia in the wake of Richard McLaren’s damning report, which alleged the presence of a state-sponsored doping scheme at a number of major events, including the 2014 Winter Olympics and Paralympics in Sochi.

It led to Russia setting up an alternative version of the Games, with Russian Sports Minister Vitaly Mutko criticising the IPC at the Opening Ceremony in Moscow earlier this month.

Putin was speaking during a meeting with the Russian Paralympic team at the Kremlin in Moscow, a day after the Rio 2016 Games concluded here.

"This decision is undoubtedly unfair, insincere and cowardly," he said.

"I think the events like the open Russian tournaments in Paralympic disciplines should become regular and we'll be organising and holding them on a regular basis."

According to Peskov, the Russian athletes "were illegally banned from the Paralympics in Rio".

He also told reporters that their suspension "does not change their status and their quality of absolute heroes, which they had proved on numerous occasions".

Putin said that Russia disapproves of the recent leaking of World Anti-Doping Agency (WADA) records by hacking group Fancy Bears', which has published the names and documentation of the athletes that it alleged had taken banned substances.

The documents released appear to be related to "therapeutic use exemptions" (TUE) obtained by the athletes from various governing bodies.

"We are not approving of the recent attacks of hackers, however, they shed the light on people, who participated in the Olympics and were absolutely clean for everyone, but in fact consumed prohibited performance-enhancing drugs to gain advantage in sports competitions," Putin said.