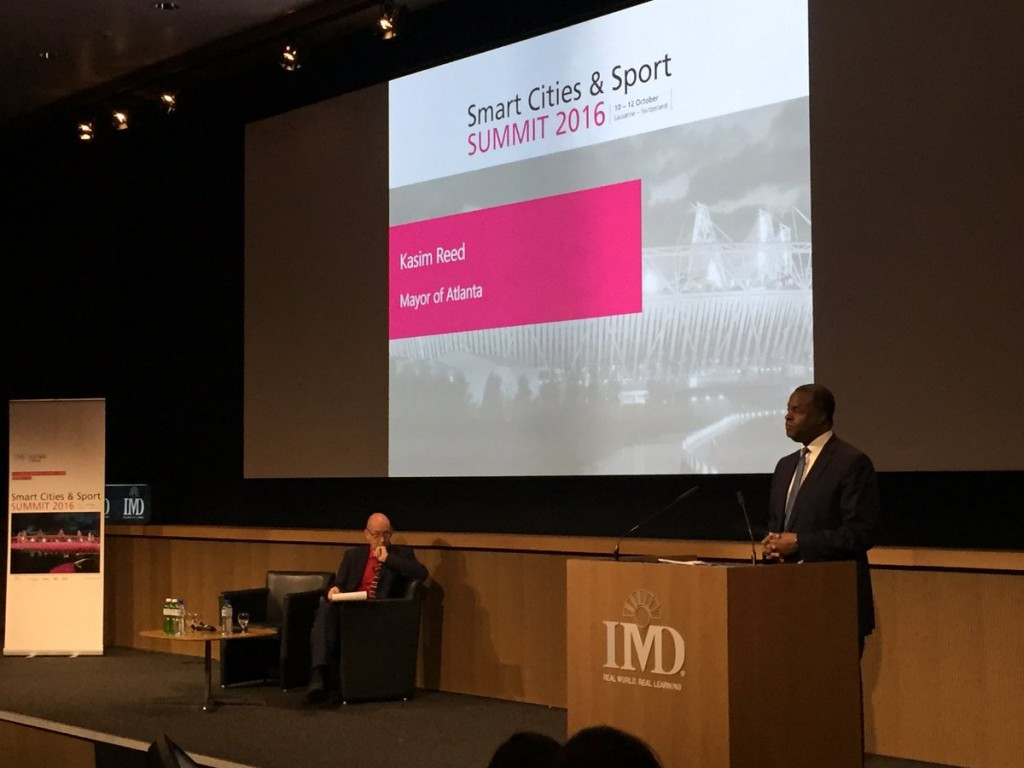 Atlanta Mayor Kasim Reed has claimed political leaders are becoming "uncomfortable of the deal" of hosting major sporting events and believes cities need to put forward the best plan and information to the public.

Reed was responding to a question regarding what he would say to Rome Mayor Virginia Raggi, who opposed her city's pursuit of the 2024 Olympic Games and Paralympic Games.

The Italian capital's bid was officially suspended yesterday in the wake of Raggi withdrawing support for the effort last month, with the City Council backing her position.

There remains a faint hope for the bid after elections saw a new Metropolitan City Council established with a majority in favour of Olympic ambitions.

The suspension of the candidacy currently leaves Budapest, Los Angeles and Paris vying for the right to stage the Games, with the decision due to be made at the International Olympic Committee (IOC) Session in Lima on September 13 next year.

Reed, delivering a keynote speech at the Smart Cities & Sport Summit on "Sport and the City" here today, claimed that hosting large scale sporting events were a "matter of will" and said politicians needed to have "confidence in their city" to ensure they can make the right deal.

The Atlanta Mayor believes his city has benefited from hosting the Summer Olympic Games in 1996, which he believes has "caused capital to flow to the city".

Reflecting on the legacy of the Games after 20-years, Reed sought to highlight the city’s high concentration of business and pointed to improvements made to the Hartsfield–Jackson Atlanta International Airport, the busiest in the world.

He claimed the Olympic Games gave people confidence that Atlanta could deliver major projects, resulting in people moving to the State of Georgia.

As well as convincing politicians to bid for the Olympics, a lack of public support has proved terminal to several bids in recent years, including Hamburg’s effort for 2024 which was axed after a referendum defeat.

This followed public votes also ending the bids of Munich, St Moritz/Davos and Kraków for the 2022 Winter Olympics and Paralympics, while Stockholm, Oslo and Boston have all turned their back in one way or another on the chance of hosting an Olympic Games.

Reed believes cities need to be open with the public and provide them with "key data" to help better inform them of plans, which would better highlight the positive aspects of hosting major sporting events.

"What brings people together more than sport?," the Atlanta Mayor said.

"It provides a compelling message that sport can provide the connectivity between people in cities.

"When you are working to do something good for economics, you need to put forward the best plan and information to the public.

"There will be informed and uninformed people.

"You need to take the conversation responsibly and engage thoughtfully and respectively.

"We are not here to do things small, we need to influence things outside our lives and have an impact.

Reed, speaking to an audience which included representatives from prospective host cities of sporting events, outlined his view that the public could be "galvanised" by a major project.

He claimed projects could help achieve a greater level of coordination in a city, with the potential to use the "binding" nature of events to work with the public on tackling other key issues such as climate change.