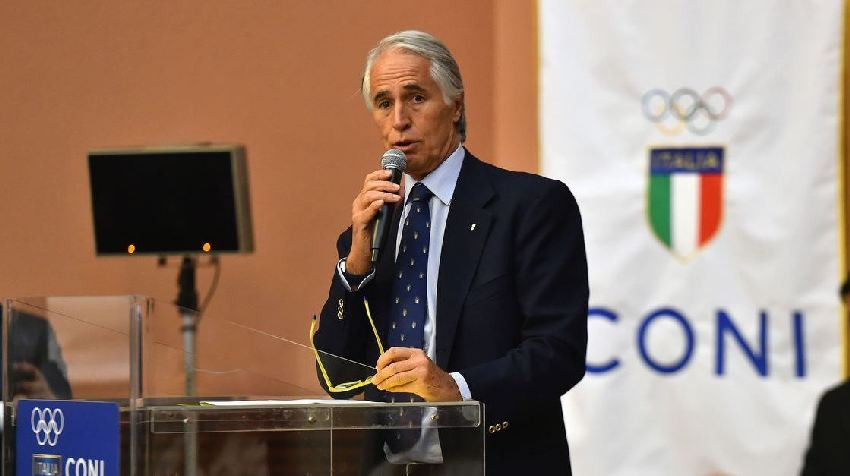 Rome's bid for the 2024 Olympic and Paralympic Games has been suspended, the President of the Italian Olympic Committee (CONI) Giovanni Malagò announced here today, although faint hopes of a renewed effort still exist given recent political changes.

The Italian capital's efforts had looked doomed after support was withdrawn by the city's Mayor Virginia Raggi and an emotional Malagò confirmed he has written to the International Olympic Committee (IOC) to "interrupt" the Rome 2024 bid, adding that the Bid Committee was closing today.

He added: "IOC members are not going to vote for us while the Mayor of the city has said she is not happy receiving them in the city."

But when pressed on what he meant by "interrupting" the bid, Malagò refused to say that the bid had been finally withdrawn.

The other candidates for the Games, due to be awarded at the IOC Session in Lima on September 13 next year, are Budapest, Los Angeles and Paris.

"We have said all the homework for the bid is done so far, and we have said that we will stop this week," Malagò responded.

He added that he had spoken to the IOC President Thomas Bach three days ago and advanced the idea of Milan becoming hosts for the 2019 IOC Session, which could form a possible bridge to a future bid if Rome 2024 is truly dead in the water.

Malagò clamed he had tried to arrange a meeting with Raggi through hundreds of text messages, but that she had not responded.

"How can you say to a person that he has to withdraw in the 30th kilometre of a Marathon after he has trained for it for three years?" Malagò said.

"Can you imagine it?"

There remains some hope for the bid, however, given the changes that took place in yesterday's elections, when a new Metropolitan City Council was established with a majority in favour of Olympic ambitions.

This vote involved the whole province around the capital, and the Council now has a 15-9 majority of councillors in favour of going ahead with the 2024 Olympic bid - the same majority which voted against the bid in the Rome capital election.

This means that the Government, the region and the province are now all in favour of an Olympic bid, and CONI is still hoping that the volatile political situation that exists within the Rome Capital Council might see an alteration of its position.

Raggi is Mayor in both the Capital and the Metropolitan City Councils, but in the latter she has no majority.

The fact that CONI delivered its latest candidature information to the IOC last week, despite Raggi's opposition, means that the bid could still officially be revived if political fortunes change.

However, this would need to happen by the end of the year, a CONI spokesman estimated.

CONI has shown considerable determination, even stubbornness, in maintaining their bid so far given the opposition of Raggi, a Five Star Movement politician who has expressed constant opposition to the Bid Committee’s attempt at securing the hosting rights for the Games.

She confirmed in September that she would not support the efforts of Rome 2024, stating it would be "irresponsible" to continue.

Raggi's opposition to the bid has mainly been financial, with the politician insisting other projects were more deserving of the money.

The City Council voted 30-12 in favour of the Mayor, leaving the bid appearing doomed.