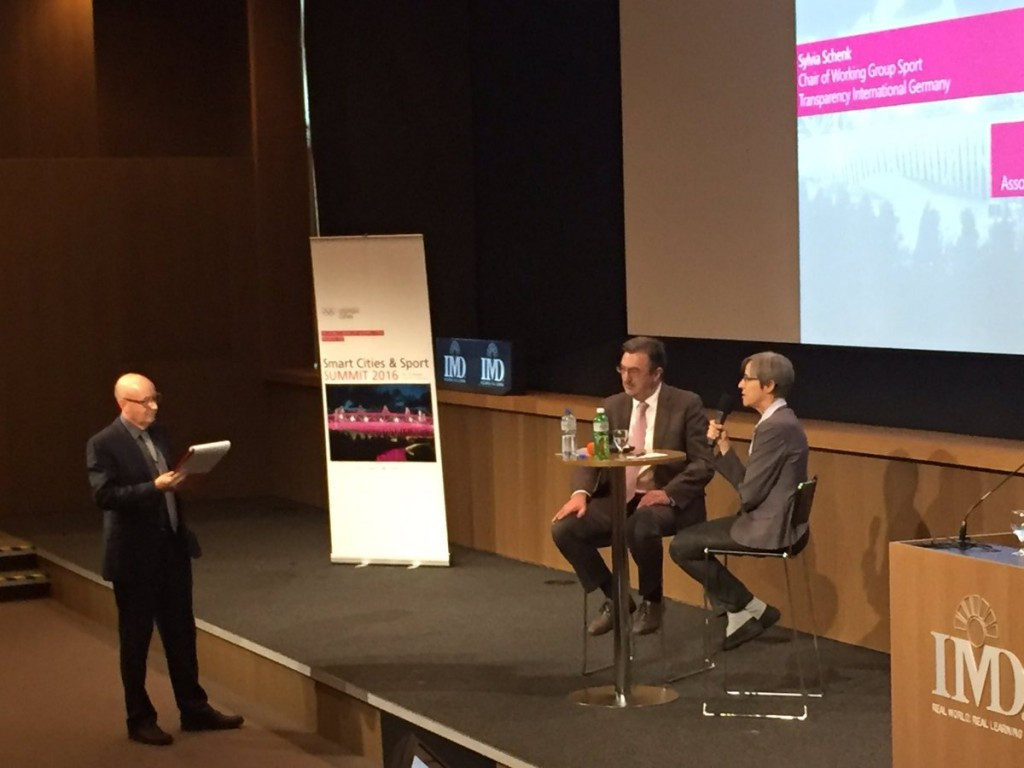 Ryan made the assertion during a debate entitled "How should cities react to the current issues affecting the international sports world?", which took place at the Smart Cities & Sport Summit here today.

It was announced earlier this year that criteria would be applied to summer sporting bodies after approval at an ASOIF Council meeting.

Five key principles of transparency, integrity, sport development and solidarity, democracy and control mechanisms are highlighted, with each to be implemented by IFs through ten "simple and measurable" indicators.

Ryan stated that the Governance Task Force had been working on the criteria in an attempt to reassure the public that standards were being met by IFs.

He confirmed that the information would be made public next month, with the Taskforce offering support in assessing the current state of governance across the 28 Summer Olympic IFs.

It is then hoped the IFs will tackle any issues highlighted, with evaluations due to take place on a further basis.

Speaking here today, Ryan admitted that sport had been "naive" in the past but that recent corruption and anti-doping scandals have helped to drive changes.

He made the claim during a debate with Sylvia Schenk, chair of the working group on sport at Transparency International Germany.

Schenk expressed her view that corruption and doping scandals could have played a part in failing to convince the public to back Hamburg’s bid for the 2024 Summer Olympic Games.

The German city was forced to pull out of the running for the Games after 51.6 per cent of its citizens voted in a referendum against continuing with a bid last November.

She expressed her view that it was possible for cities to encourage sporting organisations to ensure good governance by attempting to introduce clauses into contracts, which would demonstrate the host city wants clean support, and offer them added protection.

Schenk also called upon bidding cities to work with organisations, such as the International Olympic Committee (IOC), to integrate key issues surrounding human rights to be part of host city contracts for major sporting events such as the Olympic Games.

The lawyer, who has worked as an arbitrator at the Court of Arbitration for Sport (CAS), urged sporting bodies to be more "open minded" with the media in tackling governance issues, which she claimed would reduce the "perception of arrogance" from organisations.