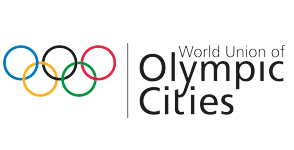 The goal of the new online platform is to become the meeting point and reference for all cities around the world interested in developing smart strategies that connect sport and cities.

It is claimed that the website is the only existing free and online platform for cities to learn about new trends and opportunities related to sport, to share best practices and to connect with their peers from around the world.

"With the launch of this new website, Smart Cities & Sport enters into a new era," said Mélanie Duparc, secretary general of the WUOC.

"There is a great need among sport cities for a platform like this and we are very happy to provide this new service.

"We are very excited about this new initiative and we are convinced that cities will greatly benefit from it."

Duparc added that city representatives will now have the chance to access content, exchange ideas and engage with their peers on a daily basis in line with the Smart Cities & Sport Summit.

The second edition of the Summit took place last October in the Olympic capital Lausanne, with almost 50 delegations present from around the world.

The annual event, held for the first time in 2014, is billed as a "unique opportunity" for prospective bid cities to get new ideas from their peers, but also to network with International Federations.

As well as numerous representatives from past and future Olympic hosts, figures were there last year from Los Angeles, Paris and Rome, three of the four candidates in the race for the 2024 Olympics and Paralympics.

The Smart Cities & Sport website, accessible here, is due to be updated regularly with new case studies, interviews with specialists, useful tools as well as insights from academic papers.

The website will also allow cities to have access to various relevant sport opportunities, such as the attendance of conferences, workshops, seminars or the chance to bid for various sporting events.