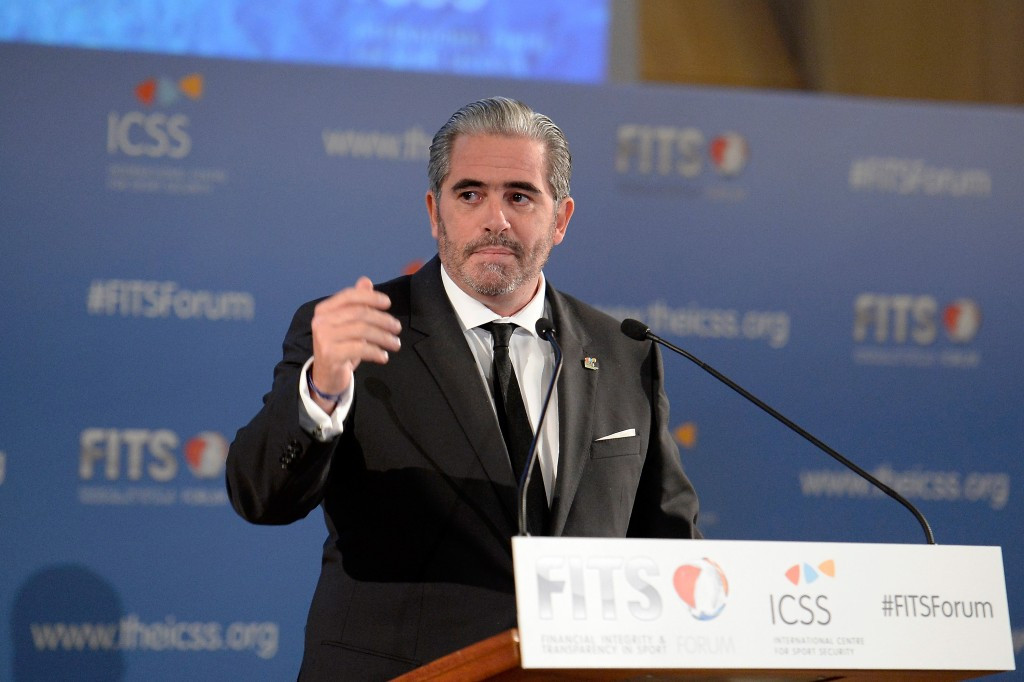 Anti-doping is not a priority for the newly-launched Sporting Integrity Global Alliance (SIGA), according to coalition coordinator Emanuel Macedo de Medeiros, despite rumours it could aid the International Olympic Committee’s (IOC) bid to overhaul the global anti-doping system.

The IOC has repeatedly called for a more "independent" system amid a period of animosity between sporting and anti-doping authorities in the lead up to the Olympic Summit in Lausanne tomorrow.

Its President Thomas Bach and some IOC members have strongly criticised the World Anti-Doping Agency (WADA) in recent weeks after a clash following the latter body's call for a blanket ban on Russian participation at Rio 2016 following allegations of state-sponsored doping.

Senior IOC figures have attempted to blame WADA for not having investigated Russian problems earlier, while also claiming they should play more of a servicing and testing role rather than a regulatory "political" one.

Anti-doping officials, in turn, have accused the IOC of deliberately attacking them in order to deflect criticism from themselves.

It has been mooted that the IOC could coordinate its work to promote a more "independent" system with an external organisation, with the Doha-based International Centre for Sport Security (ICSS) and the wider SIGA seen as possible suitors.

However, speaking here today at the formal launch of SIGA, Macedo de Medeiros said anti-doping "is not something under our radar or under our attention".

"We’re very pragmatic and our focus is good governance, financial integrity and sports betting integrity," said the lawyer, who is chief executive of the ICSS.

"Anti-doping is very important but it’s not in our priority list.

"Anti-doping is with WADA so we do not interfere in that territory.

"We are focused on our priorities.

"And I want it to be absolutely clear that anti-doping is important but it’s not part of our agenda."

As well as launching its new brand identity today, SIGA also announced that it has created a draft set of universal integrity standards for sport and will now begin a comprehensive consultation process with stakeholders throughout the world of sport.

The "independent and neutral coalition", which has more than 70 international multi-industry members, was established in November 2015 with the aim of supporting the sports industry in achieving sustainable reform.

SIGA claims to be the only organisation to bring together sport, Governments, academia, international organisations, sponsors, business, rights holders, non-governmental organisations (NGOs) and professional services companies, from every region in the world, around a common cause of fostering greater integrity throughout sport.

Over the last six months, multi-industry experts from the independent coalition’s membership have been working to develop an outline of draft Universal Standards in good governance, financial integrity and sports betting integrity.

These Universal Standards have been drafted, taking into consideration the best of what is currently available to the sports industry and beyond to ensure best practice and successful implementation.

SIGA has committed to meet and consult with as many sports organisations as possible to discuss these standards and identify areas where they can be strengthened and improved.

This collaborative phase and process of updating the initial set of Universal Standards is expected to last until early next year before SIGA then launches the final draft and suggested next steps towards implementation and adoption.

Asked what he envisages for the future of SIGA, Macedo de Medeiros said "it will be what its supporters want it to be".

"We mean much more than words, we mean business," he added.

"We bring you concrete, credible, serious work in the standards that have been designed by the international community that SIGA represents.

"We are certain that sport will raise this opportunity because if sport does not grasp it, then it will be detrimental not only to those organisations but to all of the industry."

Simon Greenberg, head of Dow Jones Sport, was keen to stress that "SIGA isn’t and will never intend to be the new WADA".

"SIGA is not a threat to anybody," he added.

"SIGA is an all-inclusive group of like-minded organisations that are passionate about sport, believe in sport, but want to promote better good governance and integrity in sport."