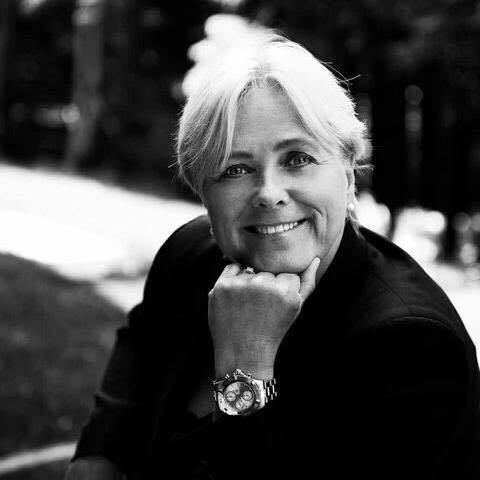 On September 21, I attended the World Anti-Doping Agency’s (WADA) Executive Committee Meeting in Lausanne. Admittedly, I walked away more encouraged than I had been in months that Executive Committee Members - from Governments and the sports movement alike - were united in believing that an independent, strengthened WADA must be reinforced, publicly supported, and empowered to serve clean athletes.

However, during the last few weeks, it seems as though there has been an orchestrated campaign in the lead up to the International Olympic Committee’s (IOC) Summit on October 8 - which is set to "review the WADA anti-doping system" - with one IOC Member after another publicly airing their "critical" views regarding WADA and the system.

I was astonished to read about the attack on WADA from yet another IOC member on insidethegames, this time from the IOC vice-president Juan Antonio Samaranch ahead of the Olympic Summit.

Mr. Samaranch’s remarks need to be clarified. Such a campaign against WADA is not only unhelpful but also confusing and hypocritical given that IOC members sit on WADA’s Executive Committee and Foundation Board and are collectively responsible for WADA’s actions. It's time for the IOC President to clarify.

As a member of WADA’s Executive Committee, and a representative of the Governments that contribute 50 per cent to WADA’s funding and oversight, I believe it’s important to convey my views via a similar medium.

Let me start by saying that I believe that WADA must be strengthened as the leader of clean sport.

Formed in 1999 as an international, independent agency, WADA has been on the front-line, leading the fight against doping in sport, ever since.

Before WADA, a harmonised anti-doping system simply did not exist.

Born out of a consensus between the sports movement and Governments, WADA drove the introduction, in 2003, of the first World Anti-Doping Code and International Standards; which, were the first set of globally consistent anti-doping rules that took effect in 2004.

The Government commitment to recognising the Code came in the form of a UNESCO treaty: the UNESCO International Convention against Doping in Sport, which was written in record time in 2005. This Convention has now been ratified by 183 countries reflecting 98 per cent of the world’s population.

For more than 16 years, WADA’s main objective has been to develop and strengthen the world anti-doping system; and, there have been many achievements.

Let’s have a look at what has been achieved just since the last World Conference on Doping in Sport that was held in November 2013 - which was attended by the IOC, most International Federations and Governments – that resulted in unanimous support for revisions to the third iteration of the Code that came into effect on January 1, 2015.

On that day, WADA acquired new powers of investigation. Previously, the Agency had no authority to conduct investigative work and had to rely upon those that did.

With this new power in hand, WADA immediately launched the Independent Commission into allegations of wrongdoing in Russian athletics.

And, shortly thereafter, WADA launched its Compliance Monitoring Programme, a programme designed to reinforce the monitoring of compliance with the Code. As part of this programme, audits and investigations are undertaken. And, as part of this, a number of signatories have been declared non-compliant with the Code by WADA’s Foundation Board - a body that is, once again, comprised of representatives from Government and Sport.

The Russian Anti-Doping Agency (RUSADA) was one of the signatories that was declared non-compliant in November 2015 further to the first report of the Independent Commission. The Commission found significant wrongdoing in Russia, involving RUSADA and several high-ranking Russian sport officials and "suggested" that the Russian Ministry "might" also have been involved.

In May 2016, The New York Times revealed new allegations of significant wrongdoing that had been carried out in the WADA-accredited laboratory in Moscow. As a result, WADA launched the independent McLaren Investigation. The terms of reference were clear and published for all to see. Professor Richard McLaren was mandated and asked to report by mid-July.

At the time, nobody expressed any concern with the mandate or the timeline.

So, when McLaren issued his first Report on 18 July, exposing a Russian-state sponsored doping program for elite athletes across many sports, and WADA made firm recommendations, why was it suggested that WADA was broken?

Was it because the timing of the release was too close to the Rio Olympic Games and/or because, as it was suggested, WADA could have done all this work earlier?

There was, quite simply, insufficient information or evidence regarding the Russian Ministry's engagement, and the Moscow laboratory, until it was acquired by the McLaren Investigation.

As a member of the Executive Committee, I confirm that WADA could not have carried out any investigative work until January 2015. All WADA could have done is pass evidence on to the Russian authorities. I leave it to the reader to judge whether that would have been a prudent approach…

So, what was WADA to do when presented with the McLaren Report? It has been suggested that WADA should have waited until after the Rio Games to release the Report. But I ask you, how could that possibly have been considered to be ‘in the interests of clean sport’?

In reality, WADA did its job as a global regulator…it did the right thing! And, as we have seen since then, athlete and public support has been overwhelmingly in favour of the decisions WADA made.

Equipped now with powers of investigation, and a rigorous new Compliance Monitoring Programme, the organisation is better equipped than ever to level the playing field.

Moving forward, we will no doubt see more cases of non-compliance; and, I have confidence that WADA will deal with them with the same fairness and vigor that it has with Russia.

In the meantime, the Olympic Summit is preparing to "review the WADA anti-doping system" because of the above, because too few positive tests are found in the analysis of blood and urine samples, etc.

To this, I would say, the World’s’ Anti-Doping programme, which is being led by WADA, has strong rules in place. What is needed is the will from all Code signatories…a true commitment to find and stop the cheats. This is why I stand firmly behind the following consensus that was reached during WADA’s Think Tank on 20 September; and that, was unanimously supported by the Executive Committee the following day:

1. Centralised World Anti-Doping Code compliance monitoring by WADA with proportionate and graded sanctioning powers. This would include more funding to ensure that regular auditing is being conducted and that the Agency is able to impose fines on non-compliant organisations.

3. A comprehensive whistle-blower policy and programme that provides greater assurance to those that come forward with valuable information.

4. An improved doping control process by National Anti-Doping Organisations worldwide, which would include increased training for doping control officers with mandatory audits.

5. A more rigorous WADA-accredited laboratory monitoring process and stronger requirements for the autonomy of laboratories.

6. Agreement by the Sports Movement and Governments that WADA is the regulatory body, which governs all anti-doping activities; and, that the Agency requires increased contributions to support its enlarged scope.

7. Governments to embrace the legislative commitment through the UNESCO International Convention against Doping in Sport.

Governments of the world are united that WADA must be strengthened and publically supported to protect the clean athlete…we challenge sport to join us!