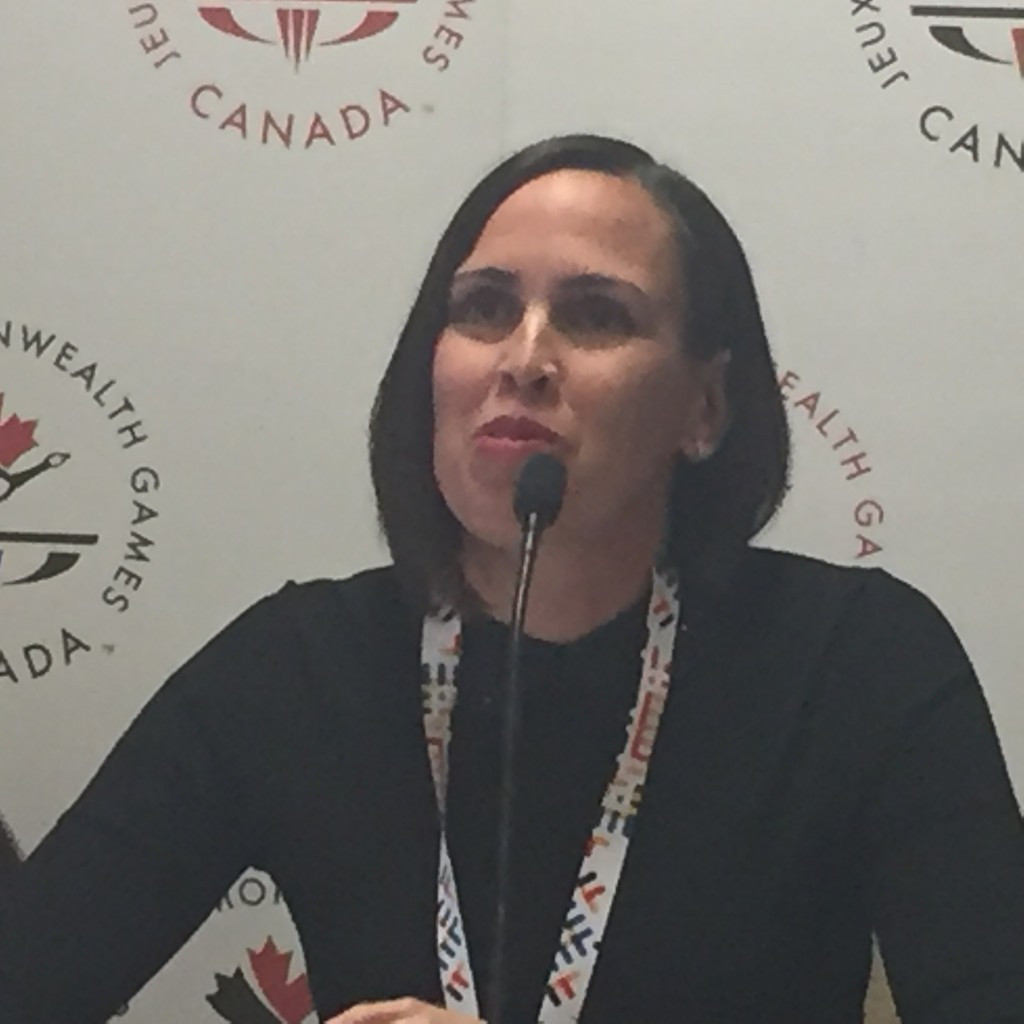 The 39-year-old from Ontario was unveiled at the end of the Commonwealth Games Federation Sports Summit here today.

Carver-Dias won an Olympic bronze in the team event at Sydney 2000 and Commonwealth Games gold medals in the solo and duet competitions at Manchester two years later.

"The Commonwealth Games are of particular importance to my story," said Carver-Dias.

"The child of Welsh immigrants, I grew up watching the Games with my family, and I developed a deep appreciation for the Commonwealth in general.

"In fact, after winning an Olympic medal, I delayed my retirement for two years so that I could compete at the 2002 Commonwealth Games in Manchester, to the great satisfaction of my parents and extended family, not to mention that the double gold was a satisfying way to close my long athletic career."

Now an accomplished coach and management consultant, Carver-Dias is expected to lead a Canadian team of about 250 athletes competing in 18 sports and seven Para-sports at Gold Coast 2018.

"I have known Claire for a long time, and was thrilled to hear that she was selected as Chef de Mission,” said Canada's Minister of Sport and Persons with Disabilities Carla Qualtrough.

"She is a wonderful choice for this role, and will bring to it passion, professionalism and focus.

"Claire will lead Team Canada to the Gold Coast 2018 Games with distinction.

"She will serve the athletes extremely well and make all of Canada proud.

"I wish her and all of Team Canada the very best as they prepare to make history in 2018."

They won a total of 82 medals, including 32 gold, their best performance overseas in the Commonwealth Games since Auckland 1990.

"With her background as a Commonwealth champion, coach and Canadian sport leader, she is perfectly suited to lead our team at the Gold Coast Games," said Rick Powers, President of Commonwealth Games Canada.

"We thank her for this significant commitment to our organization, and we look forward to working closely with her as we prepare our country’s team for 2018."