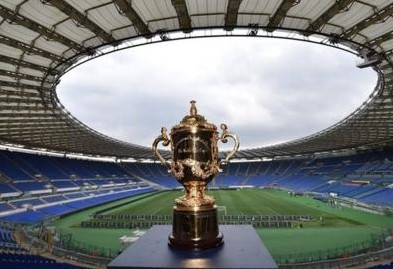 Italy has withdrawn its bid to host the 2023 Rugby World Cup following the decision by the Mayor of Rome not to support the city's campaign to stage the 2024 Olympic and Paralympic Games, it was announced today.

Italy was among four nations along with France, Ireland and South Africa who put themselves forward in June last year.

But Federazione Italiana Rugby (FIR) President Alfredo Gavazzi revealed today that they did not believe they could continue now that Rome's bid for 2024 appears doomed.

"The conditions are no longer there for Italy's candidacy, which was closely linked to that of Rome 2024," he said.

Rome Mayor Virginia Raggi had announced last week that she would not support the bid to bring the Olympics back to the Italian capital for the first time since 1960.

She claimed to carry on would be "irresponsible".

The Rome City Council is expected to officially back her decision at a meeting tomorrow.

Gavazzi said the decision to withdraw was made "following talks with the Premier's office and the National Olympic Committee".

World Rugby were notified of the decision earlier.

"While it is disappointing that the FIR feels unable to proceed, World Rugby fully understands the decision and hopes to see Italy join the process for future Rugby World Cup hosting," they said in a statement.

"The outcomes of the evaluation will be independently assessed to ensure a fair and consistent approach."

Applicants that meet the criteria outlined will move to the candidate phase on November 1.