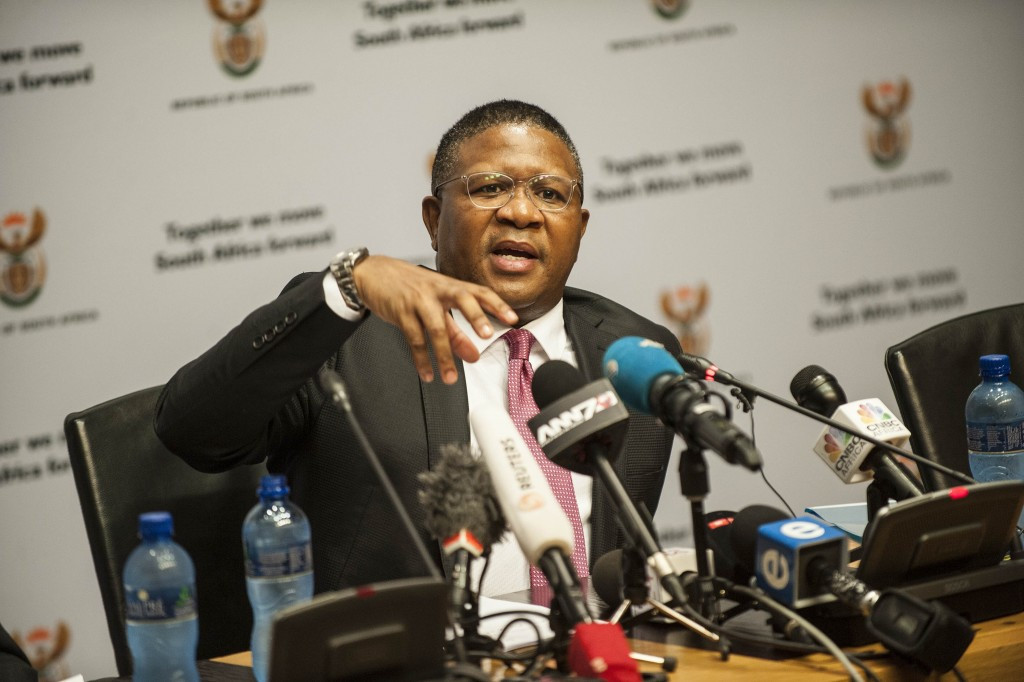 Four Sports Federations in South Africa have been banned from hosting or bidding for major events for a year by the country’s Sports Minister Fikile Mbalula after they each failed to offer enough opportunities to black players, it was announced today.

The decision could put an end to South Africa’s bid for the 2023 Rugby World Cup, with the sport’s governing body confirming last June that the country had expressed an interest in staging the tournament.

Mbalula’s choice to suspend the four Federations from bidding comes after they agreed on various transformation targets with the Government back in 2014, aimed at increasing the amount of black people playing sport.

The South African Football Association were the only one of the five put under review to reach their target and have escaped a ban.

The organisation have not escaped the wrath of the Sports Minister, however, after he blasted them for what he called a “poor drive to penetrate and roll out football in former Model C schools and private schools”.

Both the CSA and SARU are planning to hold closed-door meetings with Mbalula following his announcement.

“Those Federations that I mentioned who have not complied in that year under review will not be in a position to host or bid for any competition, small or big, internationally," Mbalula said.

“We will not support them and, at the same time, that will not be undertaken precisely because, as much work as has been done, there's still gaps in terms of transformation for the big five federations.

“It means rugby will not be in a position to host mega-events in terms of the Springboks as it relates to hosting the World Cup.

“That we will not support.”

Mbalula confirmed he will re-evaluate his decision next year but threatened further sanctions upon the bodies if they continue to fail to make the necessary changes to get more black people involved in their sports.

“If they are able to correct their errors that will be good for them and then they can self-correct it going forward," he said.

"If they are not then the punishment increases.

“Remember, we are not only confined to the hosting and bidding, there are other punitive measures that we can impose.

“We have calculated what has been happening in our country and the work that has been done and we needed to say to them 'we've got the power'.”

The news comes a surprise move given rugby and cricket are two of the country’s main sports.

It comes amid continued controversy aimed at the South African Sports Confederation and Olympic Committee for their selection process at Rio 2016, with International Hockey Federation President Leandro Negre claiming the reason for the body deciding not to send its men’s or women’s hockey teams to the Olympic is because it is a “white sport”.

The ban will not affect the 2022 Commonwealth Games in Durban.

Notable sporting events held by South Africa in recent years include the 2010 FIFA World Cup and the 2003 Cricket World Cup.