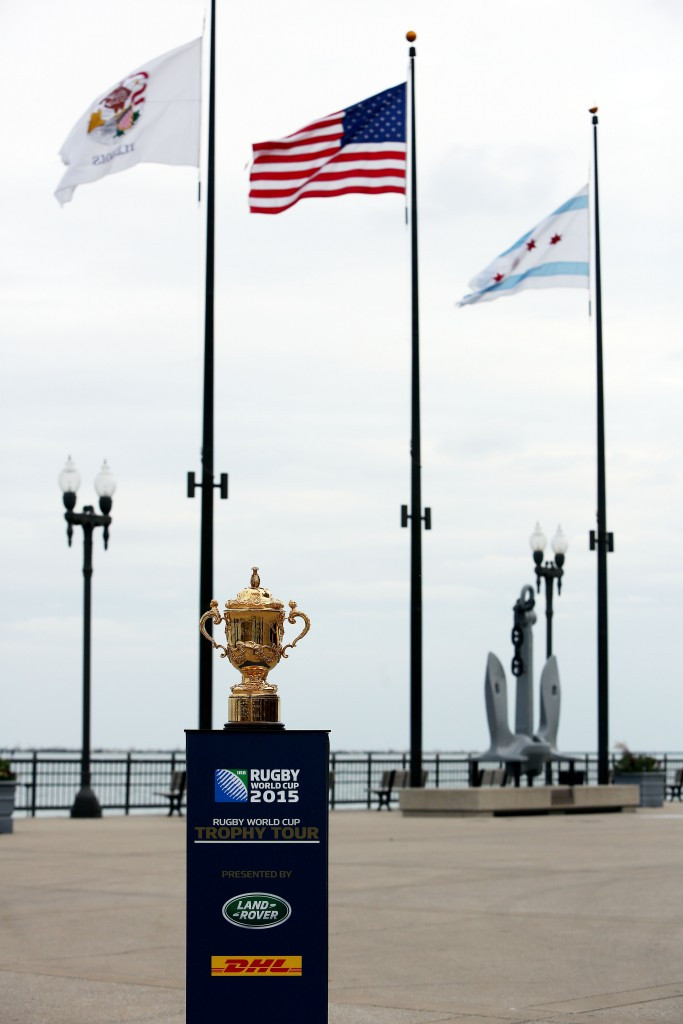 United States were one of five nations represented at a gathering of potential hosts for the 2023 Rugby World Cup, giving arguably one of the clearest indications yet that they will lodge a formal bid for the sport’s flagship event.

US representatives were joined in London this week by those from Ireland, Italy, South Africa and France, all who have already publicly announced their interest in staging the competition.

Securing hosting rights to the World Cup would mark a significant milestone for the US, where rugby is claimed by many to be the fastest growing sport.

As far back as December 2011, USA Rugby chief executive Nigel Melville revealed the US were discussing a bid for the 2023 edition.

Melville, the former England captain, suggested that the then International Rugby Board, now World Rugby, were keen to take their blue-ribbon event to America for the first time.

But the presence of the five nations suggests Argentina, muted as another considering launch a bid, have decided against doing so.

The two-day briefing in England's capital was the first step in the expression of interest phase of the process, which over the course of the next year will give potential candidates the chance to participate in the 2015 Rugby World Cup observer and comprehensive knowledge transfer programmes.

With the process having officially begun on May 14, the quintet of countries will be aiming to follow in the footsteps of this year’s hosts England and 2019 organisers Japan.

"Great events are built on strong partnerships and these meetings represent a major milestone in the planning and preparation phase for unions and supporting government agencies who intend to bid or are considering a bid for Rugby World Cup 2023,"  said World Rugby chief executive and Rugby World Cup Limited managing director, Brett Gosper.

"Rugby World Cup is one of the world’s biggest and best-loved sporting events and a major player in the global sporting marketplace.

"England 2015 is set to be a very special and record-breaking Rugby World Cup and will be the biggest and probably the best to date."

Rugby World Cup tournament director, Alan Gilpin, added: "We are delighted with the strong level of serious interest from unions and Governments in Rugby World Cup 2023 at this very early stage, which highlights the enormous hosting appeal of Rugby World Cup as a low-risk, high-return economic, social and sporting driver and we welcome further dialogue as the process progresses."

The briefing provided an opportunity to establish relationships and understand the economic, tourism and rugby benefits that can be derived from hosting the Rugby World Cup.

There was also information given on the process, and a revised hosting framework which aims to create more unified partnerships, more effective operations and stronger commercial outcomes for World Rugby and the hosting country.

This year’s Rugby World Cup is set to be a record financial and participation driver, while the 2019 edition is considered a “game-changer” in terms of unlocking an Asian market that is home to 60 per cent of the world’s youth and has experienced a 33 per cent increase in rugby participation in the last four years.

With this in mind, World Rugby is currently undertaking a major review of the 2023 hosting model to drive further benefit to the host union, the host nation and the global game.

"Rugby World Cup must continue to inspire, to reach out and attract new participants and audiences and deliver the financial platform for rugby to continue its phenomenal growth,” added Gosper.

"It must also incentivise and excite host countries and we are currently undertaking a complete review of the hosting model to strengthen the partnership between host and owner and further the benefits for all as we enter an exciting new era for our sport."