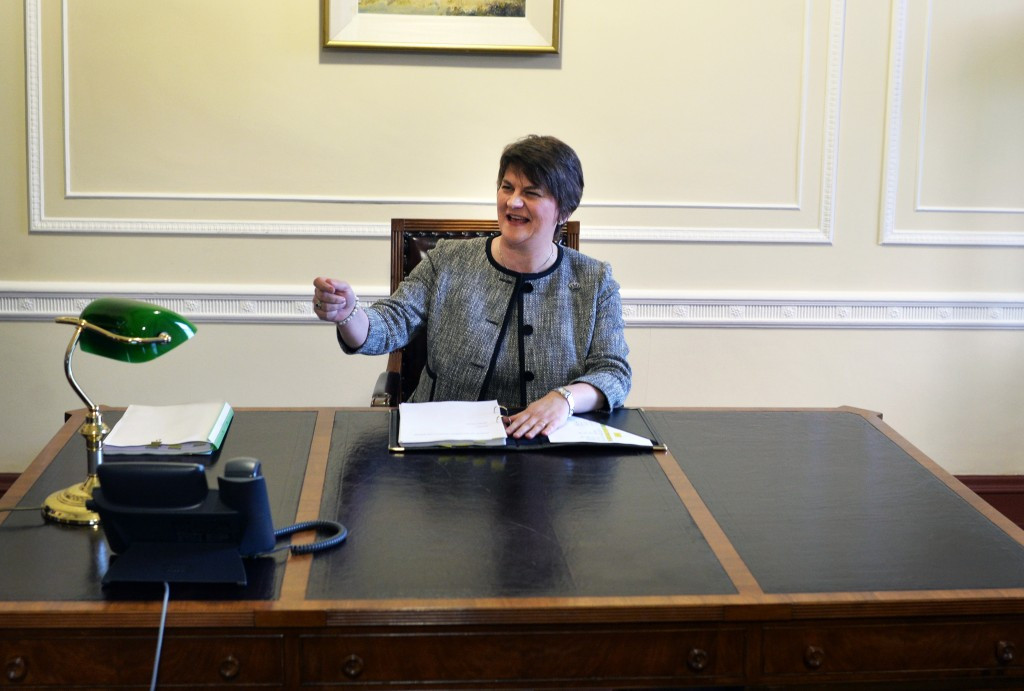 Northern Ireland's Government has reiterated their support for a "compelling" all-Irish bid to host the 2023 Rugby World Cup despite problems surrounding the redevelopment of Casement Park, one of the proposed venues.

Work to rennovate and increase the capacity of the stadium in Belfast, predominantly used for hurling and Gaelic football, has stalled ever since the High Court overturned approval for the plans in 2014.

These delays are creating a "bad impression for bid organisers", it has been claimed.

Speaking during a meeting with the Ireland 2023 Oversight Board, however, Northern Ireland's First Minister Arlene Foster insisted their support for the bid remains as strong as ever.

“The Northern Ireland Executive is fully committed to providing all the necessary support required by the Bid Team to ensure the delivery of a compelling, world class bid to host the 2023 Rugby World Cup," she said.

"We already have significant experience of hosting major international sporting events here in Northern Ireland including the Giro d’Italia [cycling stage race] and the Irish Open Golf Championship, with Royal Portrush hosting the greatest tournament in world golf, The Open Championship, in 2019.

“Hosting key events such as these clearly showcases Northern Ireland on the global stage as a destination that can successfully deliver major international sporting events and helps display full confidence for a successful Rugby World Cup in 2023.”

Speaking alongside Foster and the likes of Deputy First Minister Martin McGuiness, Sports Minister Caral Ni Chuilin insisted that the new stadium will be built in time.

"A redeveloped Casement Park is a programme for Government commitment and integral to the bid for 2023," she claimed.

"I remain committed to ensuring that we deliver on that commitment and I am confident we will do so."

Consisting of leading officials from across Irish sport, as well as the likes of legendary centre and former rugby union captain, Brian O'Driscoll, the Oversight Board also visited other areas during their inspection.

The bid holds huge political significance due to the historic tension between Northern Ireland, which is part of the United Kingdom, and its southern counterpart the Republic of Ireland, with rugby union one of the few sports in which the two compete under a single umbrella.

Many stadiums south of the border would also be utilised, including Dublin's Aviva Stadium, where the Irish national team currently play, and the 82,300 capacity Croke Park Gaelic football venue, which is also in the capital city.

Although two previous Rugby World Cups, in 1991 and 1999, included matches in Ireland, the tournaments were predominantly held elsewhere, and no World Cup Final has ever taken place on Irish soil.

The bid was officially launched with a ceremony at The Royal School in Armagh in December 2014, attended by figures including Irish Taoiseach Enda Kenny and former Northern Irish First Minister Peter Robinson.

South Africa, France and Italy are other countries to have confirmed bids, with tender documentation due to be released by World Rugby in May.

The four nations would then have to confirm their interest by the following month.

A final choice is then expected in May 2017.