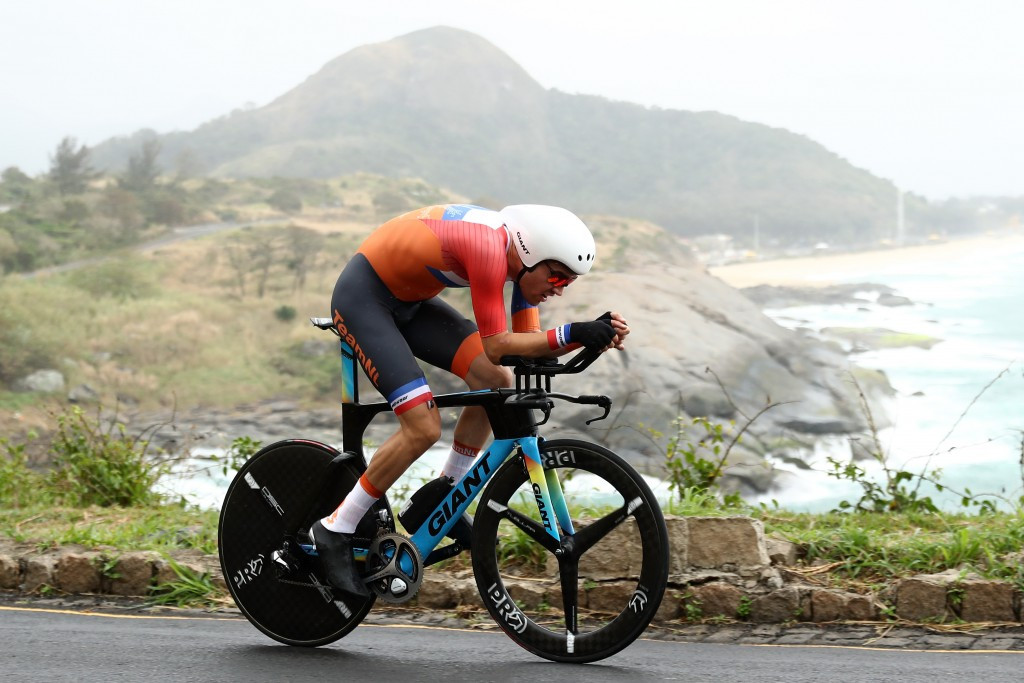 Dutch cycling star Tom Dumoulin has claimed the use of therapeutic use exemptions (TUE) by Sir Bradley Wiggins "stinks" and that use of them is "like cheating".

Sir Bradley was among dozens of athletes about whom confidential World Anti-Doping Agency (WADA) data was leaked as part by the Russian-linked Fancy Bears' hacking group.

Leaks allege that the 36-year-old received permission to use salbutamol to treat asthma in 2008 before receiving three successive exemptions for corticosteroid triamcinolone acetonide in 2011, 2012 and 2013 due to a pollen allergy.

There is no suggestion the Briton had done anything illegal, because he had been granted a TUE.

The revelations, however, have raised eyebrows.

This is particularly because his three approvals for triamcinolone acetonide coincided with the Tour de France in 2011 and 2012 and the Giro d'Italia in 2013 - his biggest races of all three seasons.

Sir Bradley won the Tour de France in 2012, making him the first Briton to claim victory in cycling's best-known event.

"It is very strange that Wiggins always took the medication in the same period [shortly before the Tour de France or Olympics]," Dumoulin, the time trial silver medallist at Rio 2016, told Dutch newspaper De Limburger.

"And you are suffering from a very strong form of asthma if you have to inject the medication.

"They don't do that with regular asthma patients, let alone athletes who are suffering from exercise-induced asthma.

"And Wiggins' syringe appeared to be working for weeks on end as well.

"If it's up to me, you do not race for weeks on end either in that case - this case stinks.

Dumoulin, a winner of time trials at both the Giro d'Italia and the Tour de France this year, then suggested that using TUEs is wrong even when it is permitted in the rules.

He finished second at Rio 2016 to Switzerland's Fabian Cancellara, another athlete named in connection with TUEs by Fancy Bears'.

"Isn't it cheating?"Dumoulin said in his interview with De Limburger.

"Fooling around with medical certificates happens a lot and is part of the sport it seems.

"I get the feeling those certificates get approved in advance.

"The system simply does not work.

"Publish the medical certificates and everyone knows what you are up to.

"If that gets us closer to a clean sport, I am all in favour."

Others have echoed these concerns, with Prentice Steffen, the doctor at the Garmin Slipstream for which Sir Bradley competed before joined Team Sky, claiming it "doesn’t look good" and it "doesn’t look right from a health or sporting perspective".

Others have also highlighted the supposedly powerful performance-enhancing effects of triamcinolone acetonide.

Sir Bradley, winner of a fifth Olympic gold and eighth medal overall when winning the team pursuit at Rio 2016, has denied any wrongdoing.

"It was prescribed for allergies and respiratory problems," he told the BBC's Andrew Marr Show.

"I’ve been a lifelong sufferer of asthma and I went to my team doctor at the time and we went in turn to a specialist to see if there’s anything else we could do to cure these problems.

"And he in turn said, ‘Yeah, there’s something you can do but you’re going to need authorisation from cycling’s governing body [the UCI].

"This was to cure a medical condition.

"This wasn’t about trying to find a way to gain an unfair advantage, this was about putting myself back on a level playing field in order to compete at the highest level."

Cancellara had two TUEs, one dating back to 2011, for methylprednisolone, and one from 2013, for the same drug and also for prednisolone.

There is no suggestion that any of these riders have done anything illegal.