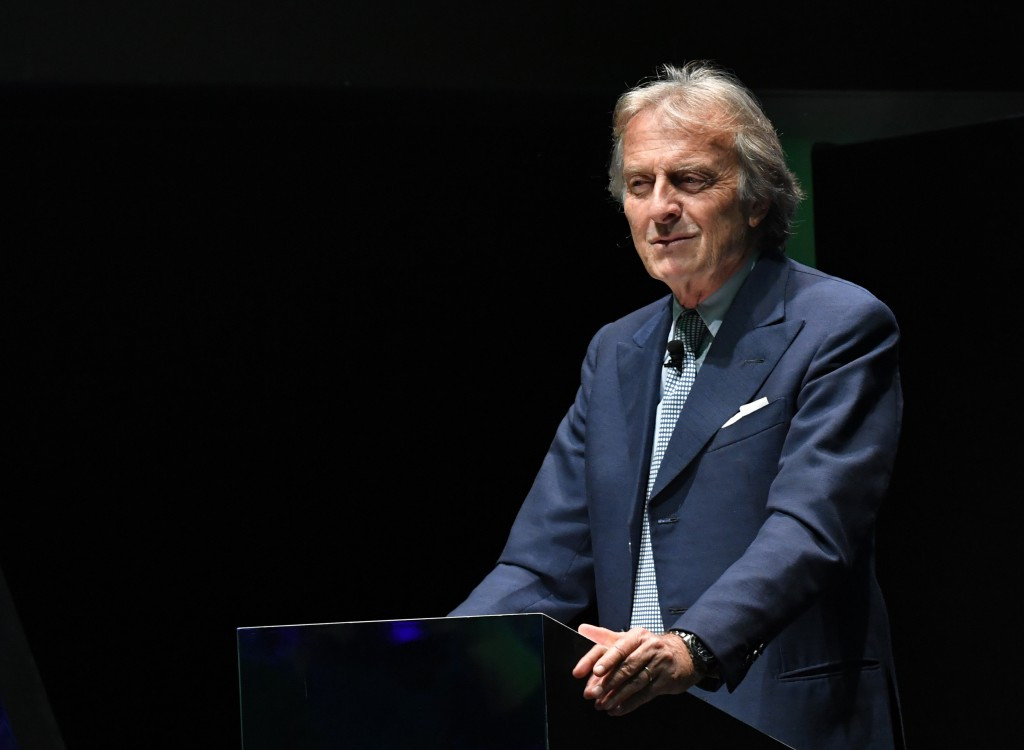 Rome 2024 President Luca Di Montezemolo has launched a scathing attack on the city’s Mayor Virginia Raggi after she confirmed she would not support their Olympic and Paralympic Games bid, claiming he is "unable to accept the attitude and the substance" of her decision.

The 69-year-old, the former chairman of car giants Ferrari, also accused the City Council in the Italian capital of "saying no to avoid responsibility" - a situation he described as "unacceptable".

Raggi, who has expressed constant opposition to the Bid Committee’s attempt at securing the hosting rights for the event, confirmed on Wednesday (September 21) that neither herself nor her Five Star Movement (M5S) political party will back the city's efforts, claiming that proceeding would be "irresponsible".

Despite her comments, which effectively ends Rome's hopes of hosting the Games in eight years’ time as there is no chance of them pressing ahead without the support of the city's leaders, Di Montezemolo told Italian newspaper Corriere della Sera that he was "hopeful" they would be able to carry on.

Italian National Olympic Committee (CONI) President Giovanni Malagò has said, however, that while "anything can happen", he believes it "seems unlikely to me that there will be another bid in the next 20 years".

"We have a table with three legs - the City Council, the [central] Government and CONI," he told the CONI National Council at the Royal Palace of Cagliari.

"Without one of the legs, the bid loses strength.

"We accept this situation, aware of the loss of international credibility."

Both Rome 2024 and CONI have reacted angrily to Raggi’s position, with Di Montezemolo the latest to speak out on the issue, which leaves the Italian city hanging in the race by a thread.

An official withdrawal could come before the deadline for the second submission of the Candidature File to the International Olympic Committee (IOC) on October 7.

"I have the utmost respect for the institution, and the decision must be made by the winner of the elections," Di Montezemolo told Corriere della Sera.

"But I am unable to accept the attitude and the substance of this decision.

"I believe they are giving up on the future, on our young people, on nearly 200,000 jobs, on a sustainable city with less barriers for the elderly, the disabled and families.

"I understand being concerned about the citizens' priorities: but do we really think that Rome will still be in a state of emergency eight years from now?"

Di Montezemolo also said it would be "too late" to hold a referendum on Rome’s bid and that "if Rome gives up, it will be telling the world that the city doesn't want to improve and has no faith in its own future".

He added: "If we back out, exactly one year from now, another city will be awarded the $1.7 billion (£1.3 billion/€1.5 billion) grant for sport facilities, including many in the suburbs.

"The budget is zero, the citizens of Rome aren't expected to spend a single euro for the infrastructure, renovations in the suburbs and other works, which the city needs anyway, especially in light of the next Jubilee in 2025.

"I doubt the decision can be changed once it has been made.

"Prime Minister [Matteo] Renzi was clear on that as well.

"But I still hope that the desire to make the most of the opportunity will triumph over party politics.

Malagò, who said that Raggi failed to turn up for a planned meeting before her announcement, raised the possibility of a lawsuit as he said the bid was publicly funded.

This means a lawsuit for losses is a possibility, he claimed, although it would be up to the Italian Government and its Economy Ministry to decide whether to proceed.

Rome City Council has responded by claiming they would "react" if cited over the issue, with a source telling Italian news agency ANSA that the local authority would "defend itself in courts" if necessary.

Raggi's declaration effectively leaves a three-horse race of Budapest, Los Angeles and Paris ahead of the IOC due to elect a host city at its Session in Peru's capital Lima on September 13 next year.

Consumer group Codacons have claimed that 85 per cent of Romans backed the Olympic bid, according to ANSA.

Raggi, however, has claimed that 70 per cent are against.