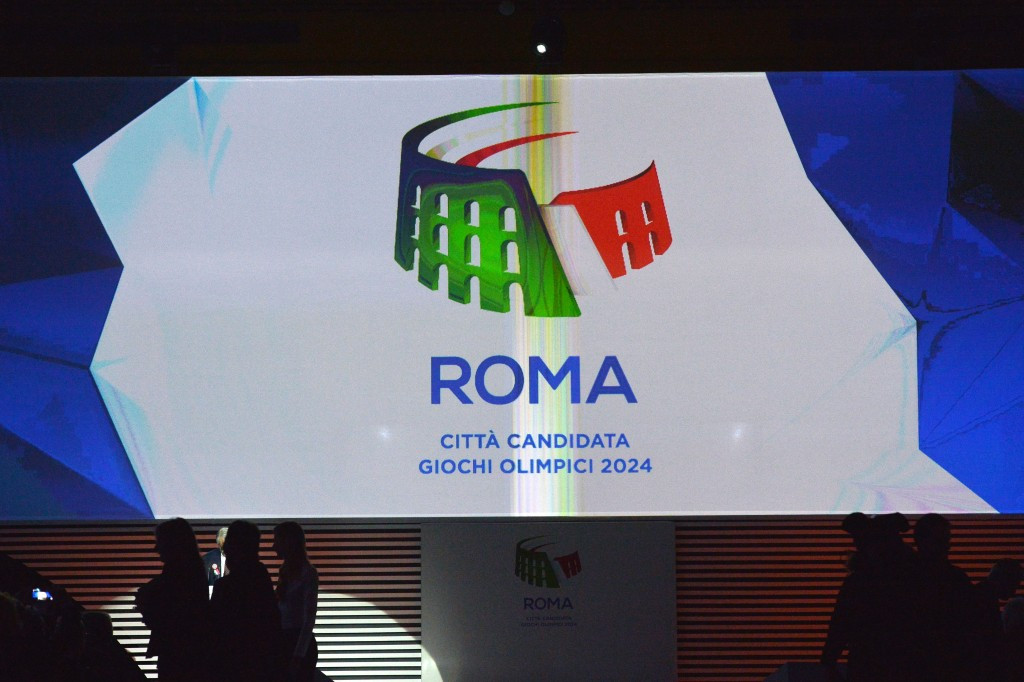 Rome's Mayor Virginia Raggi has officially withdrawn the city's support for the Italian capital's bid to host the 2024 Olympic and Paralympic Games.

Raggi used a press conference today to announce her decision, during which she claimed that pressing ahead would be "irresponsible".

Her verdict essentially ends Rome's hopes of hosting the Games in eight years time - there is no way it could continue without the support of the city's most prominent elected official - and comes after months of speculation that she would pull the plug.

This leaves a three-horse race of Budapest, Los Angeles and Paris ahead of the International Olympic Committee (IOC) electing a host at its Session in Peru's capital Lima on September 13 next year.

Rome 2024 has responded with a tweet from the bid's official account which said "an incredible opportunity" for the city and Italy had been lost, while a series of others followed suggesting that supposed problems the capital faces would now not be resolved.

A statement from the bid team then expressed "profound surprise and disappointment".

The Rome bid was placed in immediate trouble when Raggi took office after an election in May, as she had consistently placed herself on an anti-Games platform.

Along with her Five Star Movement party (M5S), a populist group started by comedian and blogger Beppe Grillo, she has often cited financial concerns when claiming that the bid should not proceed and has argued that other services in the city deserve the funds instead.

During her press conference, she claimed that past host cities have been left with financial problems, a point she highlighted using a big screen.

"We want to escape the big events that bring money and debts," said Raggi, who claimed the city was still paying back debts from the Games it hosted in 1960.

"We want something more for Rome, 70 per cent of citizens said no to the Games.

"We are effectively asking the people of Rome and Italy to shoulder the debts and we don't support it.

"The Olympics are a dream turning into a nightmare - a blank cheque signed by host cities, as shown by an Oxford University study.

"Sport was an integral part of our electoral campaign, but we don't want it to be used as a pretext to a building spree around the city."

This will mark the second occasion on which Rome has filed an application to host the Olympic and Paralympic Games, only to withdraw the bid.

A motion on the 2024 candidacy has also been prepared by the M5S.

"Following an in-depth analysis, we believe the conditions for the ongoing candidacy of the City of Rome for the 2024 Olympics and Paralympics are not there," it read.

The motion, now due to be debated at Rome City Hall, listed cities around the world that have withdrawn bids to host the Olympics in the past, including Boston and Hamburg which were both in the frame for 2024.

Rome 2024 officials and the Italian Olympic Committee (CONI) had desperately been hoping to persuade Raggi to change her mind, with talks planned for after the Rio 2016 Paralympics, which ended on Sunday (September 18).

However, it was reported today that a Rome 2024 delegation, led by CONI President Giovanni Malagò, walked out of City Hall after Raggi was 35 minutes late for a meeting this morning.

"We waited but nobody turned up," Malagò said to a group of reporters.

"Roma 2024 was the chance to change a lot of things, without the Games this won't be possible."

Malagò claimed this week that the country risked a loss of credibility and "looking like a fool" if Rome did abandon its bid, with ANSA reporting that he has pledged to "go on" before a "formal act" by Raggi dooms the bid.

A Rome 2024 statement outlined a lengthy list of "disappointments" regarding Raggi's decision.

It added: "What saddens us most is having to tell our children that the new Government of Rome doesn’t have the courage to take on the responsibility of their future.

"It would have been so much better to have been able to tell them that a new, enlightened Government is willing to make difficult decisions and have the courage to clear a path, without getting trapped by contingency and by the deafening sound of the present, looking beyond the horizon and pointing the way for a new generation.

"That is how a dream is born, at least for those who know how to take on challenges."

The country's Prime Minister Matteo Renzi, a vocal supporter of the bid, said earlier this month that the country would bid again in 2028 if plans for eight years time were scuppered.

A withdrawal for financial reasons can be considered as a blow for the IOC's Agenda 2020 reforms, which sought to promote more cost-effective ways for cities to bid.

Rome had proposed a "low cost approach" to hosting when submitting the first part of its Candidature File to the IOC in February, but the well-documented financial concerns experienced by Rio 2016 this year likely played into Raggi's hands.

Rome 2024 President Luca Di Montezemolo claimed that 70 per cent of the facilities required to host the Games were already in place.

Today's news marks the second time one of the five original 2024 contenders has withdrawn after Hamburg's bid was axed following a referendum defeat.

Citizens in the German city voted 51.6 per cent against during a public ballot in November.

Boston dropped its bid amid poor public support in the city with Los Angeles then chosen as the American replacement.

insidethegames has contacted CONI and the IOC for comment.