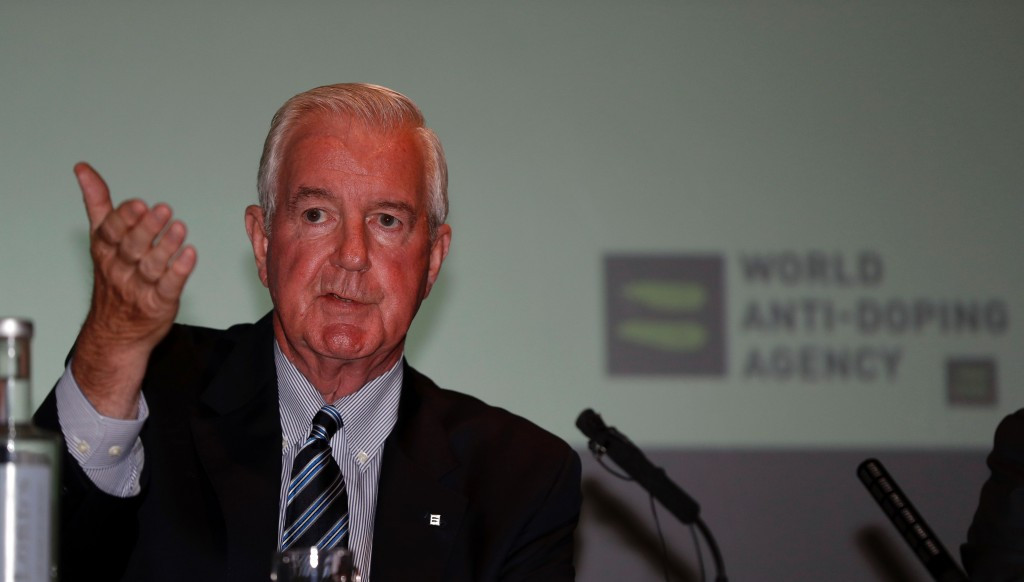 World Anti-Doping Agency (WADA) President Sir Craig Reedie claims he is "confident" in the future of the organisation following a "Think Tank" and an Executive Committee meeting held here, while revealing the body and the International Olympic Committee (IOC) had agreed to bring their public dispute to an end.

It had been claimed that certain individuals within the International Olympic Committee (IOC) felt WADA needed to be completely overhauled following allegations that they did not respond strongly enough to initial claims of state-sponsored doping within Russia.

Sir Craig revealed that view had been expressed during the meeting, which gathered various members of the anti-doping movement.

The 75-year-old Scot confirmed the issue of whether or not WADA had a future as an organisation was raised but insisted the Olympic Movement had eventually agreed that strengthening the body and the anti-doping system was the way forward.

This came amid speculation that an integrity unit, potentially involving the IOC and the International Centre for Sport Security (ICSS) - which would oversee anti-doping as well as match-fixing and other corruption - would be established.

It essentially would have been a replacement for WADA but Sir Craig said it was "unlikely" anti-doping would be involved, particularly as the IOC only carry out drug testing "for two weeks every two years during the Olympic Games".

Declan Hill, an investigative journalist and author, gave a presentation to the Think Tank, during which he highlighted WADA's future was in danger as a result of the alleged talks between the IOC and the Qatar-based ICSS.

Sir Craig said debate had taken place concerning the establishment of an independent testing unit but questions still remained as to who would govern it and how it would be funded.

Following the Think Tank and the subsequent Executive Committee meeting staged today, Sir Craig claimed an agreement had been reached between WADA and the IOC to end the public feud which has played out in recent months after they opted for differing paths on how to deal with the Russian doping crisis in the wake of the McLaren Report.

The slanging match involving WADA and the IOC continued ahead of yesterday's gathering, with IOC member Gerardo Werthein accusing the body of being responsible for the confusion caused by the timing of Canadian lawyer McLaren's report, which was published just weeks before the start of Rio 2016.

The Argentinian Olympic Committee chief levelled a number of criticisms at WADA, including over its governance system and the location of its headquarters in Montreal.

It prompted a response from Sir Craig, who claimed he was "baffled to read views to the effect that WADA’s Independent McLaren Investigation and WADA’s reaction to its Report was ‘the problem’; versus, the Agency being congratulated for its handling of the ‘true problem".

Sir Craig said that "WADA cannot be held responsible for Russian doping breaches" and that the organisation "did the right thing".

The Scot was keen to draw a line under the ongoing spat between WADA and the IOC today, however, and remained hopeful that the Think Tank and Executive Committee meeting marked the end to what has been a "particularly unhappy period".

He claimed Governments, which funds half of WADA, had been keen for "assurances" to be made that this would be the case.

"We have much better things to do than to hurl abuse at each other," Sir Craig told insidethegames here.

"There is a huge amount of work to do and it is better we focus on that than on criticising our partners.

"Moving forward, we will stop critcising each other in public.

"It was clearly discussed yesterday and today, particularly by Governments, who were seeking that kind of assurance."

Tensions have been escalating since McLaren delivered his damning report in July, particularly at the IOC Session in Rio ahead of the Olympics, where IOC President Thomas Bach criticised WADA, calling for a "full review" of the WADA anti-doping system in order to find a more "robust and efficient" replacement.