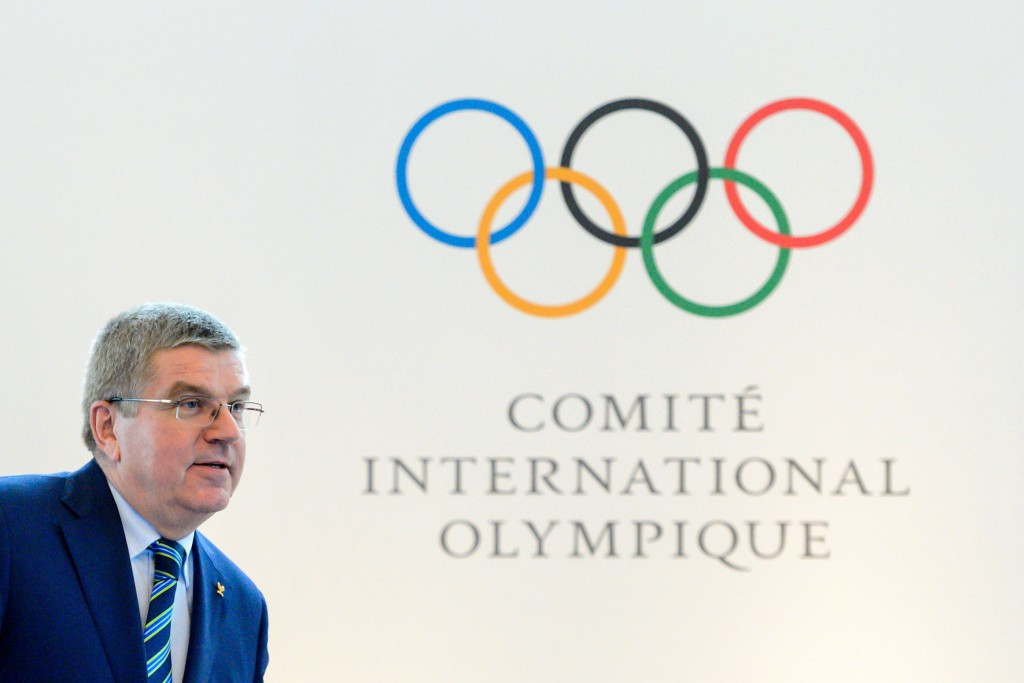 International Olympic Committee (IOC) President Thomas Bach has issued a call to arms to the organisation's membership for them to contribute to the ongoing process to reform the global anti-doping system.

Bach, writing in a six-page letter which has been obtained by insidethegames, urges the 97 IOC members to give their feedback of what should be done following a year plagued by criticism over their response to the Russian doping crisis.

A World Anti-Doping Agency (WADA) Think Tank is due to take place on Tuesday (September 20) in order to discuss potential changes ahead of an Olympic Summit of key stakeholders, chaired by Bach, scheduled for October 8.

"At the upcoming Olympic Summit...we will start to discuss this review," Bach wrote in the letter, also addressed to IOC honorary members and the body's Honorary President, Jacques Rogge.

"One of the issues will follow the declaration of the previous Olympic Summit and Olympic Agenda 2020 to make the anti-doping system independent from sports organisations.

"With regard to this initiative and more ideas, your guidance and input are crucial for the success of the discussion leading to the decisions to be taken by WADA.

"Therefore I would like to encourage you all to send in your thoughts.

"I will also ask the chairs of all the IOC Commissions to set aside some time in their agendas during the meetings in November to give everybody the opportunity to express themselves.

"All this should lead to an Extraordinary World Conference on Doping in Sport 2017, result in a more robust, more efficient, more transparent and more harmonised anti-doping system."

The IOC last year called for anti-doping testing to be made independent from sports organisations in a reform agenda in which WADA would take greater responsibility for testing.

A division has since opened between the IOC and WADA, however, after the latter body advocated a blanket ban for Russian athletes from Rio 2016 in July following allegations of state-sponsored doping published in the WADA-commissioned McLaren Report.

The IOC rejected this proposal and instead order individual International Federations to adopt criteria for Russian inclusion.

Concerns have since grown that the IOC may try and cut WADA out of the process to reform the anti-doping landscape and form a new "Integrity Unit" to collectively administer doping, match fixing and corruption issues.

The IOC has since insisted their views have not changed since their previous Olympic Summit declarations, but the call for contributions from a largely loyal membership could be interpreted as a way to shore up support for their proposals.

WADA Foundation Board member Adam Pengilly of Great Britain was the only IOC member to vote against an expression of support in the response of the IOC Executive Board to the Russian crisis during the Session.

Other areas up for discussion over coming weeks include specific sanctions for non-compliance - something the IOC are thought to oppose - as well as changes to the financing and structure of anti-doping bodies in order to eradicate conflicts of interest.

"The McLaren Report  and other incidents with regard to the fight against doping have made it clear that we need a full review of the WADA anti-doping system," Bach wrote in the letter.

"The Olympic Movement, as 50 per cent shareholder of WADA, is ready to contribute to this discussion, as which WADA has initiated a meeting of a Think Tank.

"This review can be a turning point for the better in the fight against doping.

"It is for this reason that your active participation in this process is so important.

"Also, in this regard, we need to work together to come to a joint solution that ensures the integrity of sport, the protection of the clean athletes and is accepted by the stakeholders of the Olympic Movement.

"This is why I am asking each one of you for your guidance and your ideas which I, as always, appreciate very much."

Many IOC members are expected to participate in the Think Tank next week, including WADA Executive Committee members Tony Estanguet of France, Gian-Franco Kasper of Switzerland and Uğur Erdener of Turkey.