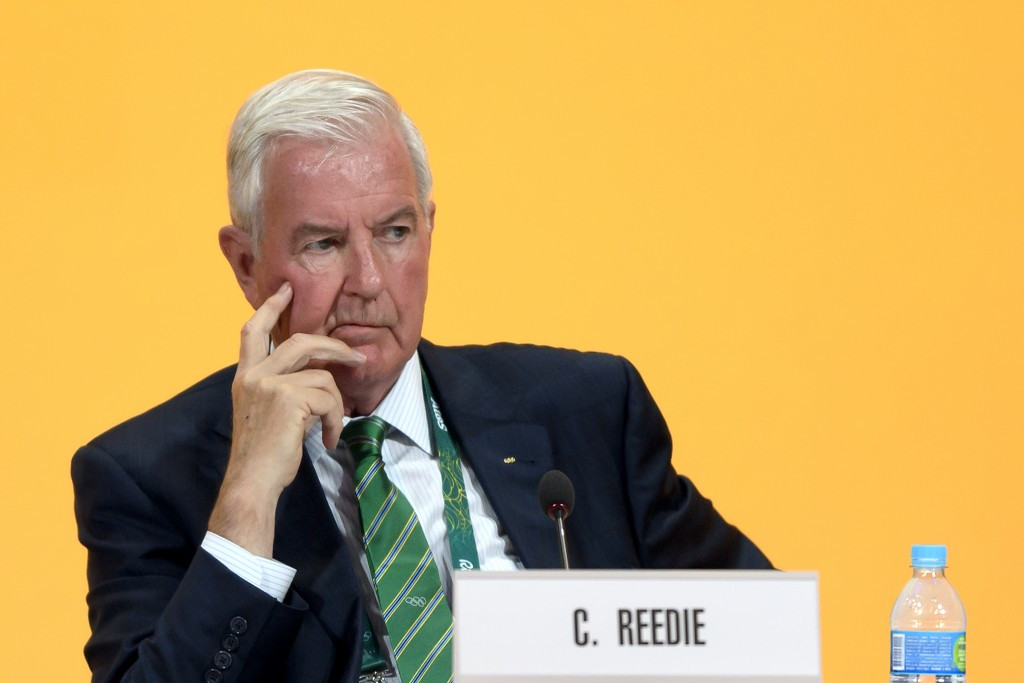 World Anti-Doping Agency (WADA) President Sir Craig Reedie has hit back at suggestions the body needs to be overhauled and replaced with an alternative regulatory organisation, claiming there is "no intention to dilute WADA" among the Olympic Movement, despite growing tension with the International Olympic Committee (IOC).

WADA held the first of its “Think Tanks” here today, which was attended by representatives of the IOC and other major stakeholders, including the Association of Summer Olympic International Federations (ASOIF) and National Anti-Doping Organisations (NADOs) from Britain, Japan, The Netherlands and Norway.

It has been suggested that an “Integrity Unit” - which would collectively administer anti-doping, match-fixing and corruption policies - could be set up in order to increase independence, impartiality and efficiency.

Such a unit would effectively be a replacement for WADA.

This idea seems to have been rejected at today's meeting, facilitated by British Rowing chief executive and former head of UK Anti-Doping (UKAD) Andy Parkinson, however.

Sir Craig insisted afterwards there was a "willingness to reinforce the independence and regulatory powers" of WADA rather than completely overhauling the body.

Investigative journalist Declan Hill, on match-fixing and corruption in international sports, gave a presentation at the meeting,

He claimed that WADA's future was in danger following claims that the IOC were in talks with the International Centre for Sport Security, funded by Qatar.

Support was given for their central role in the fight against doping during the meeting, WADA claimed.

This included an agreement from the sports movement and Governments that WADA "is the regulatory body, which governs all anti-doping activities; and, that the Agency requires increased contributions to support its enlarged scope".

A rift between the IOC and WADA has grown following their differing attitudes to the results of the McLaren Report, which alleged the presence of a state-sponsored doping scheme in Russia at several major sporting events, including the 2014 Winter Olympic and Paralympic Games in Sochi.

Following the release of the report, WADA called for a complete ban on Russian athletes from competing at the Olympic Games in Rio de Janeiro, but the IOC opted to defer the decision on the extent of their participation to the International Federations.

The divide between the two organisations has been played out publicly recently, particularly at the IOC Session in Rio ahead of the Olympics, where IOC President Thomas Bach criticised WADA, calling for a "full review" of the WADA anti-doping system in order to find a more "robust and efficient" replacement.

Sir Craig had defended WADA for the timing of the McLaren Report, which came just weeks before Rio 2016.

His statement today appears to be laying down a marker to the IOC that they are not ready to back away.

Several IOC's members have openly blamed WADA for the current doping crisis and Pengilly was the only one to raise his hand at the Session when asked whether they disagreed with the Executive Board’s stance on Russia.

WADA claimed the attendees had "reached a consensus" on a number of topics during the meeting, held at the headquarters of the Association of National Olympic Committees.

Topics discussed included whistleblowers, with the participants agreeing that a programme that provides "greater assurance to those who come forward with valuable information" needs to be established.

WADA and the IOC clashed over the participation of Yuliya Stepanova, whose evidence led to the first Independent Commission investigation commissioned by WADA and the eventual suspension of the All-Russia Athletic Federation from international competition, including Rio 2016.

The 30-year-old 800 metres runner was prohibited in taking part at Rio 2016 by the IOC due to a regulation they had installed which stated any athlete who had previously been sanctioned for doping would not be able to compete at the Games.

WADA criticised the IOC’s choice not to let her participate, admitting they were "very concerned" by the message that Stepanova’s ban from Rio 2016 sends to future whistleblowers.

Stronger sanctions for non-compliance were also discussed, which could see the implementation of a graded punishment system depending on the extent and the nature of the offence caused, as well as the introduction of fines for non-compliant organisations.

An agreement was also reached today to install a "more rigorous WADA-accredited laboratory monitoring process and stronger requirements for the autonomy of laboratories".

“I am very encouraged by the discussions and ideas put forward today - along with the spirit of co-ordination and co-operation - during this first Think Tank to discuss how WADA and the anti-doping system can be strengthened,” said Sir Craig.

"There was consensus around the table that WADA has accomplished much over its 17 years – not the least of which is the commitment by Governments through the UNESCO International Convention and a strengthened Code - and that now, it’s time to fully equip the Agency with the resources it requires to strongly, and independently, lead and monitor clean sport.

"It was particularly encouraging to hear from IOC representatives in the room who confirmed that the Olympic movement has no intention to dilute WADA but rather a willingness to reinforce its independence and regulatory powers.

"We are taking all of today’s valuable feedback on board, as we will feedback that’s collected through future Think Tanks and other channels."

The steps taken today are set to be debated at tomorrow’s WADA Executive Board meeting here ahead of a key gathering of its Foundation Board in Glasgow on November 20, which is scheduled to follow an Olympic Summit of main stakeholders, chaired by Bach, due to take place in this Swiss city on October 8.