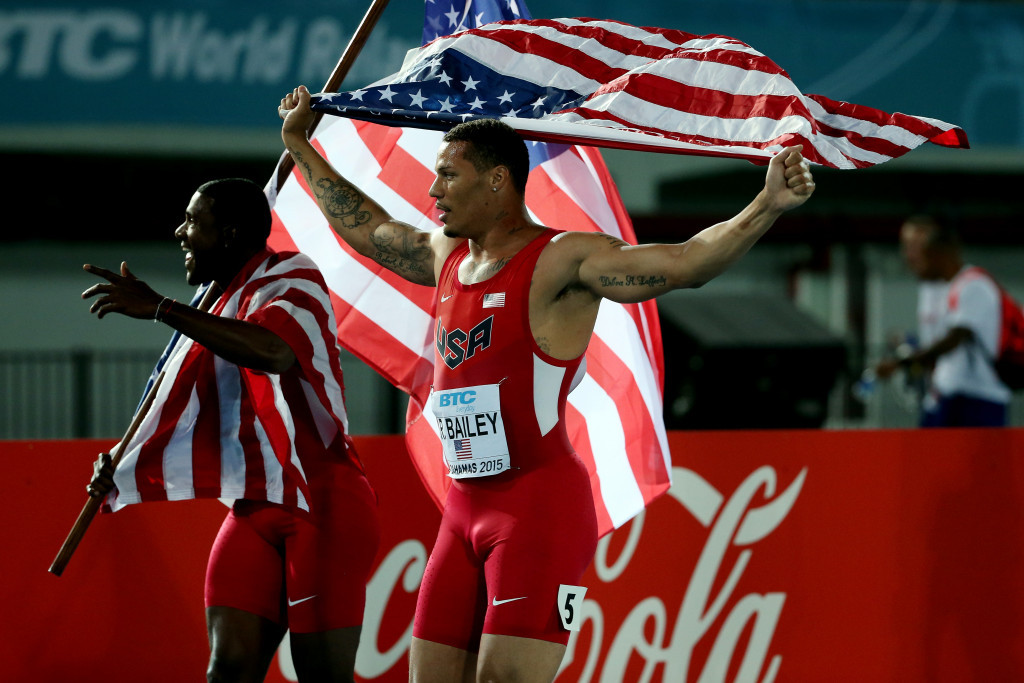 The 31-year-old did not compete on the track at Rio 2016 because of a hamstring injury which ruled him out of the US Athletics Trials.

If Bailey is successful at making it onto the national bobsleigh team, he would be following other sprinters who have made the switch.

Williams won a silver medal in Sochi in the two-woman event to join an elite club of medallists at both the Summer and Winter Games.

Other American athletes - sprinter Tianna Bartoletta and heptathlete Hyleas Fountain - also competed at bobsleigh following London 2012, while Britons Allyn Condon and Craig Pickering are among others who have competed in both sports.

The last male Summer Olympian to make a US Olympic bobsleigh team was 1968 110m hurdles champion Willie Davenport, who finished 12th in the four-man at Lake Placid 1980.

American Eddie Eagan, who won boxing gold in the light heavyweight division at Antwerp 1920, became the first - and so far only - person to win gold medals at both the Summer and Winter Olympics in different events when he added four-man bobsleigh gold in Lake Placid in 1932.