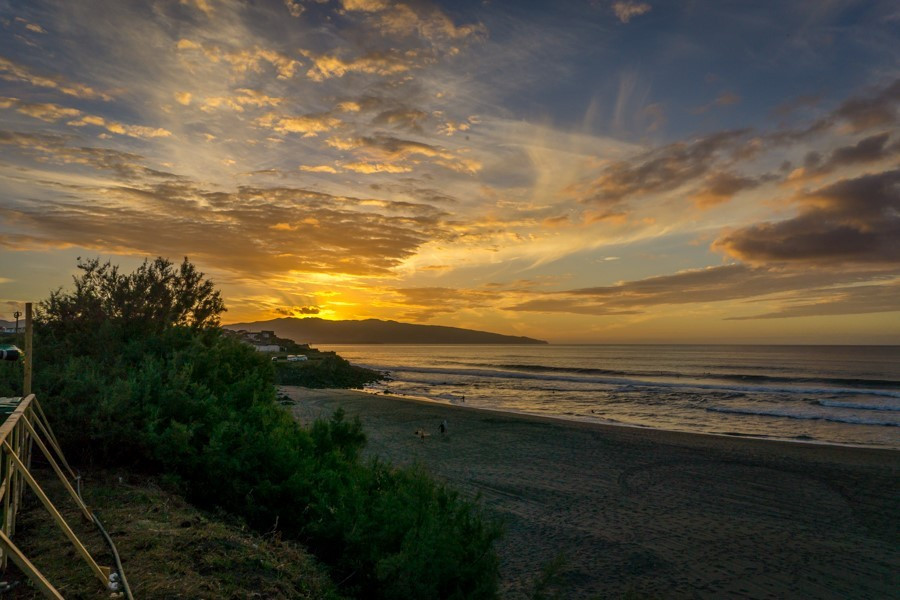 The 2016 VISSLA International Surfing Association (ISA) World Junior Surfing Championship is due to begin here tomorrow with a record number of competitors expected to take part in what will be an event that could give us a glimpse of what to expect when the sport makes its Olympic debut at Tokyo 2020.

Many of the athletes on show could be among the leading contenders for honours in the Japanese capital in four years after surfing was among five sports approved by the International Olympic Committee at Tokyo 2020.

A total of 371 of the world’s best young surfers representing 39 countries from all five continents are expected to take part in this event in the Azores, an archipelago in the mid-Atlantic that is  an autonomous region of Portugal.

It will be break the record set at last year's event in Oceanside in California where 322 surfers from 36 countries competed.

"We are thrilled that the ISA World Junior Surfing Championship is set to break participation records for the second successive year," ISA President Fernando Aguerre said.

"Welcoming this record number of young surfers and countries from all five continents is an amazing achievement and an important validation of the ISA’s strategy for global promotion of our beloved sport.

"This vision has underpinned our drive for Olympic inclusion for many years and will continue to fuel our ambitions going forward as we aim to solidify our position on the Olympic sports programme beyond Tokyo 2020.”

Action in the Azores is set to begin tomorrow with the Opening Ceremony which will inaugurate the competition in the quaint, coastal village of Ribeira Grande on the island of São Miguel.

The teams will participate in the traditional Parade of Nations and Sands of the World Ceremony, pouring sand from their local beaches into a container to symbolise the peaceful gathering of nations through surfing.

After the Opening Ceremony, competition is due to begin at 3pm local time at Praia do Monte Verde.

A handful of competitors taking part in these Championships have benefited from the "ISA Scholarship Programme" which offers financial aid to surfers who are under 18.

It enables them to further their education, pay for travel to surf contests, pay for contest fees and upgrade their surfing equipment.

Athletes are considered for the scheme based on their dedication to Surfing as well as their academic performance.

"The ISA is very proud of its scholarship programme which gives young surfers around the world unique opportunities that they may not otherwise have to maximise their Surfing potential and also to help them excel academically," said Aguerre.

The ISA had 32 members in 1994 when Aguerre was first elected and now has a membership of more than 100 countries active across all five continents.

The competition is due to conclude next Sunday (September 25).