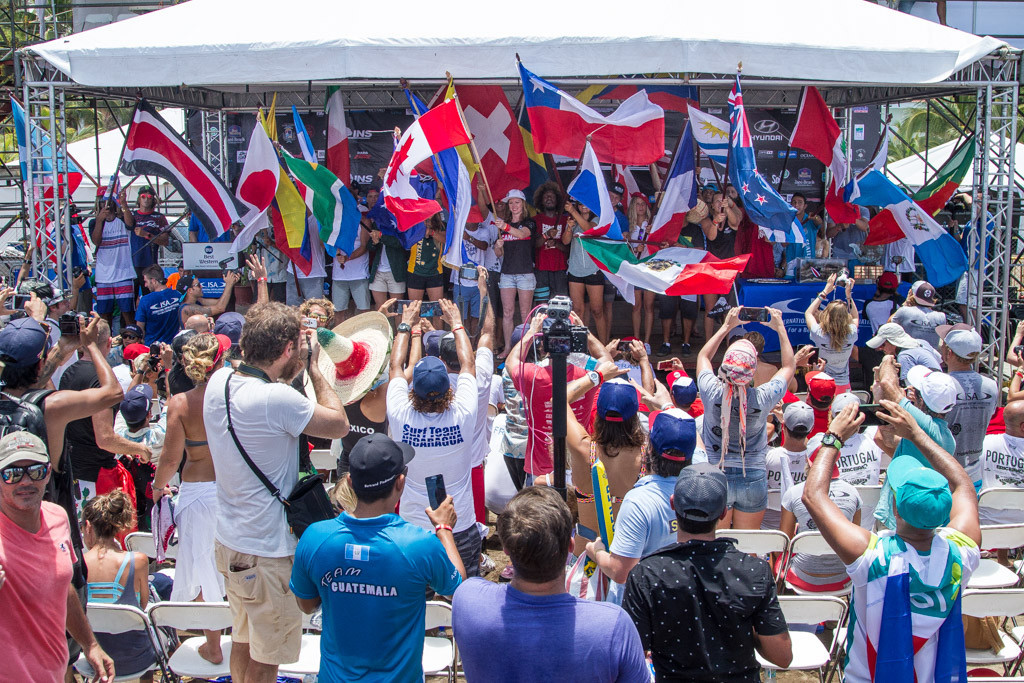 This marks the start of the week-long competition in Playa Jacó, Costa Rica.

In attendance were 142 athletes from 26 National Teams, as well as dignitaries including the Minister of Sport of Costa Rica, Carolina Mauri, the Mayor of Garabito, Tobías Murillo, and President of the Costa Rican Surfing Federation, Randall Chaves.

In his speech Steinfath said: "A special thank you to the beautiful country of Costa Rica and all its welcoming people for giving us all such a warm welcome.

"Costa Rica truly is a surfing nation of the world and we are grateful that they will be sharing their amazing waves with us all this week."

The ceremony began with the Parade of Nations, as each National Team walked through Playa Jacó waving their national flags.

The parade then continued to the Opening Ceremony stage, located at the contest venue.

The procession was proceeded with a ceremony titled 'Sand of the World'.

Two members from each team took to the main stage, pouring sand from their local beach into a glass container while waving their national flag, symbolising the "peaceful gathering nations of the world through surfing".

Aguerre then addressed the nations in attendance via a recording.

“It would have been an honour to welcome you in Jacó, but I am currently in Rio de Janeiro attending the Olympic Games," he said.

"One hundred years ago, the founder of modern surfing, Duke Kahanamoku, asked for surfing to be included in the Olympic Games.

“Remember that this is a historic event.

"The first ever ISA World Championship in the era of Olympic surfing.”