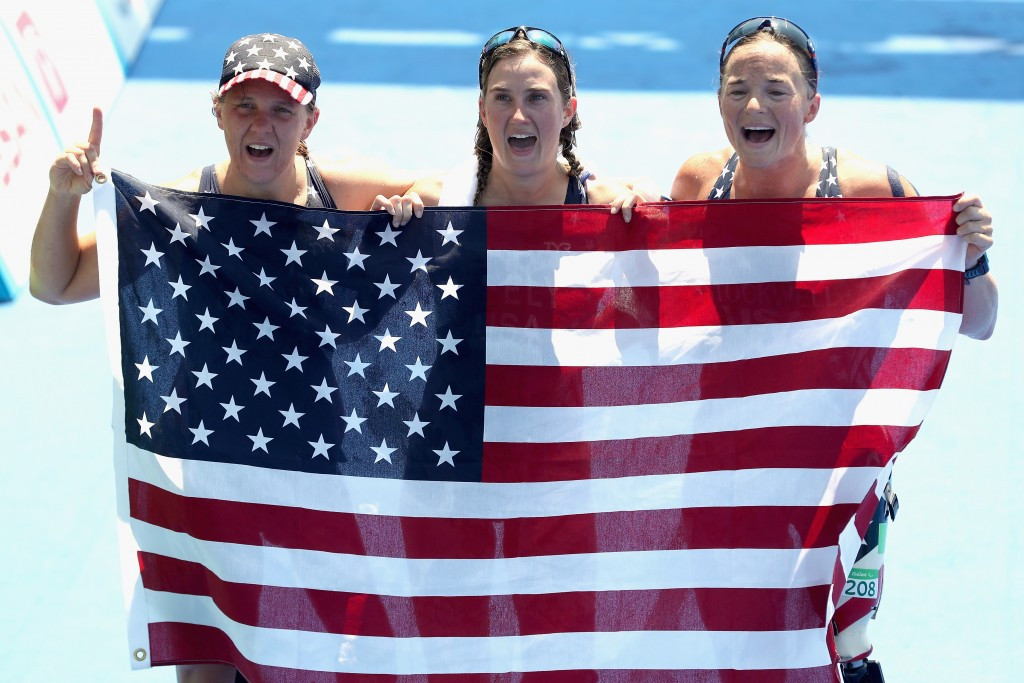 The United States claimed a clean sweep of the podium in the PT2 class as women's triathlon took centre stage at the Rio 2016 Paralympic Games at Copacabana Beach.

With the sport making its Paralympic debut in Rio it was an historic occasion and the US trio made sure to write their names into the record books.

Seely triumphed in 1hr 22min 55sec after Stockwell had led following the swim and Danisewicz led after the bike.

"It's been an amazing season," said Seely, who will also compete in athletics over 200 metres.

"I knew I needed to have a really strong swim out there, to get as close to the front as I could, put as much time in between me and some of my competitors.

"Coming off the bike, I had a lot of work to do.

"I put my head down and I went for it.

"I'm a runner at heart and that's my soul, so I really just gave it everything I had and I'm really excited with how everything turned out."

Another American to write history was Grace Norman, who claimed the first-ever women's Paralympic triathlon gold medal in the opening race of the day in the PT4 class.

"It's been a long journey, a lot of training, a lot of everything.

"So to come across that line in first for the US, to make first in the history of paratriathlon, is just an incredible feeling.

"Last year here at the test event she [Steadman] beat me out of the water by around a minute, and so I've been working extremely hard on my swim.

"So to move up and see improvements like that here have just been a reward.

"I've improved in the bike and the run as well, but definitely the swim has been my big improvement."