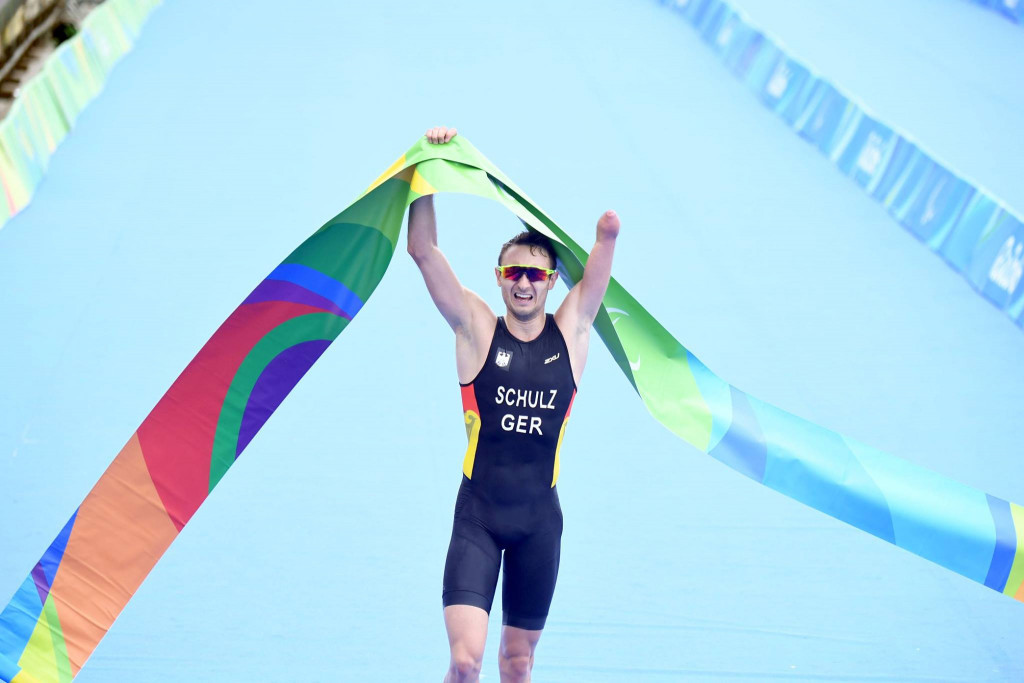 Martin Schulz was crowned the first ever Paralympic Paratriathlon champion on Copacabana Beach today after his cycling and running legs proved too strong for the rest of the field.

The German trailed British rival George Peasgood by 52 seconds after the 750 metres swim in the PT4 division only to swiftly make up the ground in the cycling section.

Schulz's class then told in the concluding run as he cruised clear to eventually win by 28 seconds in 1hour 2min 37sec.

“It is amazing, I just realised that today I win the gold medal and then the first Paratri [Paralympic race] here at Copacabana," he said afterwards.

"It is a nice place to compete, and it is a high part of my career.

"It has been what I have worked for over the last few years and I am very happy.”

Canada's Stefan Danel produced a strong run to claim the silver medal in 1:03:05 while Jairo Lopez Ruiz of Spain clocked 1:03.14 for bronze.

Peasgood faded to seventh, however, unable to match his swimming form on the run.

Britain did not require long to make amends, as Andy Lewis duly produced a stunning run to claim a last gasp gold in the PT2 division.

Italy's Michele Ferrarin produced a remarkable front-half bike to take the lead into the run.

But he proved unable to hold on as Lewis cruised through to win by over a minute in 1:11:49.

Ferrarin held on to second, 41 seconds behind, while Mohamed Lahna was five seconds further back in third.

Dutchman Plat then proved completely dominant in the final PT1 event, posting the fastest time in all three disciplines.

He finished in 59:31 to win by almost two minutes over compatriot Geert Schipper.

“It is historic, because it is the first time that Paratriathlon has been in the Paralympics," he said afterwards.

"And after three times being the European champion and one time being the world champion I am just very happy and proud of this performance.

"It was kind of a perfect day.”

Schipper took silver in 1:01:30 while Giovanni Achenza crossed the line third a further 15 seconds back.