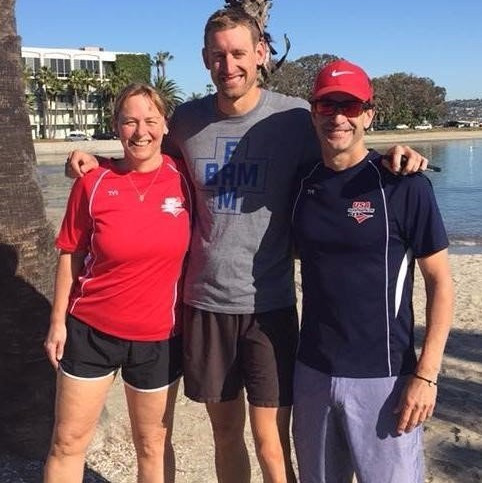 Mark Sortino has been named head coach of the United States’ triathlon team ahead of the Paralympic Games in Rio de Janeiro.

Sortino was one of four appointments to the coaching and support staff team made by USA Triathlon as they prepare their athletes to take part in triathlon competitions for the first time at the Paralympics, with the sport making its debut at the Games.

Christine Palmquist and Wesley Johnson were also appointed to coaching roles and James Balentine was named as the bike mechanic for the team.

"We had great interest in the coach and mechanic roles for our first ever Paralympic triathlon team, and we are confident that we are bringing the most talented individuals who are the best fit for our team's debut," Amanda Duke Boulet, USA Triathlon Paratriathlon team leader for the Rio 2016 Paralympics, said.

Sortino takes up the role of head coach for the Paralympics having regularly served in the post at International Triathlon Union (ITU) World Championship events since 2012, as well as having been a regular coach of several of the athletes due to compete at Rio 2016.

He is a USA Triathlon Level three certified coach and has led nearly 15 high performance camps since 2012.

Palmquist and Johnson will serve as assistant coaches at Rio 2016, the latter bringing 19-years of coaching experience to the team, from regional, national and international events.

Johnson is the individual coach of two members of the American team at Rio 2016 and has served as an assistant at USA Paratriathlon training camps held in 2015, as well as last year’s ITU World Paratriathlon Event in Rio de Janeiro and the Paratriathlon World Championships in Chicago.

The final key post has been filled by Balentine, who will assist athletes in ensuring their cycling equipment is in working order.

To be considered for a coaching role, the candidates were required to have previous experience coaching Paratriathletes at the international level, as well as a proven record of performance with USA Triathlon and the United States Olympic Committee.

Candidates for the mechanic position were required to have expertise in sport-specific maintenance and repair of racing chairs, as well as daily use wheelchairs, handcycles, tandems and upright bicycles.