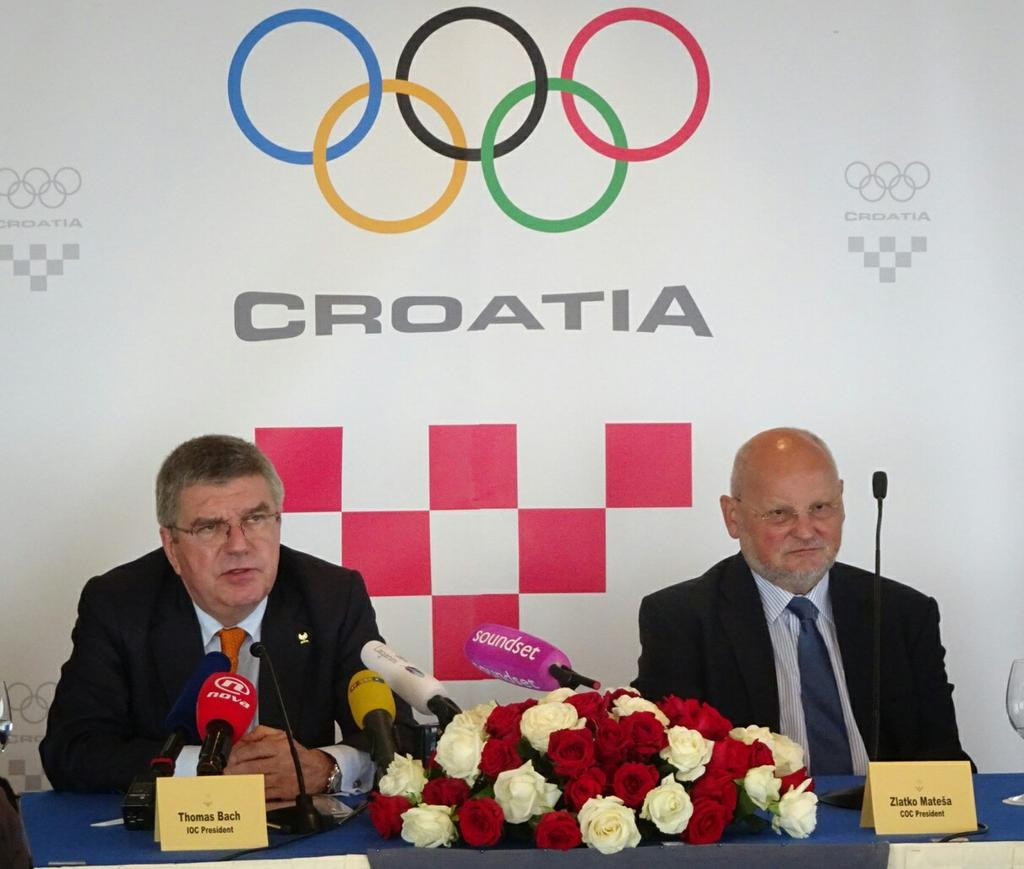 Thomas Bach marked the third anniversary of his election as International Olympic Committee (IOC) President with a visit to Zagreb today, during which he defended his decision to skip the Paralympic Games in Rio de Janeiro.

Bach, who was elected to his post during the IOC Session in Buenos Aires on September 10, 2013, was making his first post-Rio 2016 trip in order to attend celebrations marking the 25th anniversary of the Croatian Olympic Committee (COO).

He met with the country's President Kolinda Grabar-Kitarović in the capital city this morning before attending a special celebration at the Museum of Contemporary Art.

It comes after another difficult week for the German during which he blamed "longstanding commitments" for his decision not to attend the Paralympic Games before the Brazilian police said they wanted to to speak to him as a witness in connection with their investigation into his IOC colleague, Patrick Hickey.

This marked the first time a sitting IOC head had missed a Summer Paralympic Opening Ceremony since 1984, with it not expected that he will attend any of the rest of the competition.

insidethegames revealed yesterday that a letter had been sent to all IOC members by Bach's spokesman Mark Adams in which it was denied he had been approached by the police.

Bach reiterated this today while also claiming he did not want to abandon another Croatian trip after missing June's International Skating Union Congress in Dubrovnik in order to attend the funeral of Muhammad Ali.

"I wanted to go to the Opening Ceremony on the invitation of the President of the International Paralympic Committee, but then, a couple of days before, the former German President, Walter Scheel, passed away and the date of his state funeral clashed," Bach said in Zagreb today, as reported by the state-owned HINA news agency and published on the HOO website.

"So I had to take a decision over whether to attend the Opening Ceremony or the the funeral of a close friend who I've known for over 40 years.

"For human reasons I chose to attend the funeral."

"I will also say that I should still be in Rio de Janeiro, but I just could not for the second time in just three months to cancel a visit to Croatia.

"I should have come to Zagreb in June, but I had to cancel due to the funeral of Muhammad Ali.

"I have other obligations in the coming week so I cannot come back, but I've been in contact with the President of the IPC and he understands the situation.

"For Hickey the presumpion of innocence prevails and I as President of the IOC have not received any request from any Brazilian authority in this regard."

Bach also praised Croatian athletes for their performances at Rio during his visit, selecting as a highlight the single sculls silver medal won by rower Damir Martin after he missed out on gold by five thousandths of a second.

"I knew already that you are sporting a country with great potential, but I myself was surprised with 10 medals, four more than the previous Games in London," he said.

But he was also forced to deal with questions about his decision to allow Russian athletes to participate in Rio despite the allegations of state-sponsored doping outlined in the McLaren Report.

This contrasted with the far more radical blanket ban introduced by the International Paralympic Committee.

"We took the view that athletes can be punished as a whole for the sins of certain structures," Bach added, according to HINA.

"Russian athletes are still performed in Rio de Janeiro, a decision we have left to sports federations, as opposed to the IPC.

"We refused to issue accreditation to anyone from the Russian Ministry of Sport, and recently the IOC established an inquiry committee to examine in detail all allegations of doping during the Winter Olympics in Sochi two years ago.

"Also, we intend to re-test all samples of all Russian athletes who performed at these Games, to ensure that there was no cover-up and manipulation."