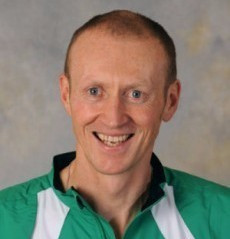 They alleged that a hard drive seized from the offices of the OCI in the Olympic Village on August 21 belonging to Burke, the organisation's sports director, contained a file entitled "THG additional tickets", said detective Ricardo Barboza de Souza.

THG Sports, the British company owned by Marcus Evans, is at the centre of the ticket scandal at Rio 2016 which has already seen OCI President Patrick Hickey and the company's executive director Kevin Mallon arrested.

Police said they want to interview Bach as a witness after his name appeared several times in emails discovered during the inquiry.

“We are interested in talking to Thomas Bach, he has already been cited several times," Ronaldo Oliveira, the head of specialised operations at the Civil Police,told the Irish Independent.

"He could very much help clarify the work of the Civil Police to settle some doubts because he was mentioned in several emails.

"It is important that we can interview him, and various other people.

"Thomas Bach would be interviewed as a witness.

"It is important we can do that."

The Civil Police claim that the IOC have not contacted them since Hickey was arrested.

Bach had been expected to return here for the Opening Ceremony of the Paralympic Games last night but instead decided to stay in Europe to attend the funeral of former West German President  Walter Scheel.

The Civil Police have uncovered an email from Hickey, who is also President of the European Olympic Committees (EOC) and a member of the IOC's ruling Executive Board, sent to Bach last year in which he requested extra tickets for a number of events at Rio 2016, including 500 for the men's football final.

Following his message, the police claim that the OCI received another 296 tickets for various sports, although they cannot find a response from Bach to Hickey's original message.

insidethegames believes the tickets were from a batch that belonged the Slovenian Olympic Committee, whose official ATR is Cartan Tours.

"We have the company THG that did not hold authorisation to conduct the sale of tickets for Rio 2016," Ricardo Barboza de Souza, the detective leading the investigation told the Irish Independent.

"That company had three sources of tickets: the company Pro 10, the Olympic Council of Ireland and a company called Cartan.

"So there were two companies who did have authorisation and they illegally passed tickets to THG, so they sell the tickets at a higher price under the cover of a hospitality scheme."

Another detective, Aloysio Falcão, claimed they had found emails between Greg Harney, the vice-president of Cartan Tours and a former executive director of the United States Olympic Committee, and Hickey and Evans.

"Greg Harney, the director of Cartan, sent an email to Marcus Evans [the owner of THG Sports], on August 6, the day after the arrest of Kevin Mallon," Falcão said.

"Another spreadsheet shows the values that were collected by THG for their tickets.

"Here the fact that they were touting tickets is very clear.

"[Another document] shows how many packages were sold: 1,051 by THG.

"And here we have an email from the director of Cartan, Greg Harney, to Patrick Hickey, saying he had closed a deal with Marcus Evans and was in contact with an employee of THG, Kevin Mallon.

"So Patrick Hickey knew of Kevin Mallon, he knew of the whole scheme done by Cartan.

"When Kevin Mallon was arrested, Greg [Harney] sent an email to Patrick [Hickey] on August 7.

Harney is said to have emailed Hickey on August 15, copying in Greece and Latvian officials, warning about the ongoing Civil Police investigation.

Another email that Mallon allegedly sent to Evans confirms a deal with Cartan Tours to provide hospitality in Rio.

Last December, the Confederation of North, Central American and Caribbean Association Football filed a complaint against Cartan Tours in a court in California, claiming it paid former executives, including then President Jeffrey Webb, to win high-paying contracts for its events.

Cartan Tours claimed "significant misinformation" had been provided by the police.

"It is a mischaracterisation to say that Cartan 'provided' tickets to THG Sports," Harney told insidethegames.

"Cartan sold tickets to THG sports as allowed to do so with THG Sports residing in an EEA (European Economic Area) Member State.

"While Cartan is not privy to information concerning whether THG Sports subsequently engaged in improper conduct after purchasing the tickets, Cartan had no role in any such activities.

"While there were communications with Mr Evans and Mr Hickey after the arrest, these were done to address outstanding obligations of THG sports.

"The statement that I had numerous calls with Mr Hickey after the arrest is simply untrue.

"The statement that I emailed Mr. Hickey and Greece and Latvian officials to 'warn' them about a police investigation is sensationalised and another mischaracterisation.

"Given that tickets acquired by THG Sports were purchased from Cartan who was acting as an ATR for those countries, advising Mr Hickey of the investigation was the responsible thing to do in his capacity as EOC President.

"Finally, the notion that Latvia employed THG Sports to operate a House for them in a deal arranged by Cartan, is simply untrue as Latvia did not have a hospitality house during the Games."

Police also today presented the contract between Pro 10 and the OCI, signed by Hickey.

"This proves that the Hickey knew of the scheme, that he was the mastermind of the entire criminal scheme, the Irish committee,” Falcão told the Irish Independent.

"We have collected a vast amount of material, we have email exchanges between the President of the Olympic Council of Ireland and Marcus Evans," he said.

"They spoke very clearly about the sale of tickets and their concern about the police action.

"Police believe that Pro10 was created in order to transfer tickets to the THG company.

"The bond between THG and the Irish Olympic Committee is very strong.

"The message exchanges between the President of the Committee and Marcus Evans dating to 2010.

"It shows a very close bond between them, beyond the commercial."