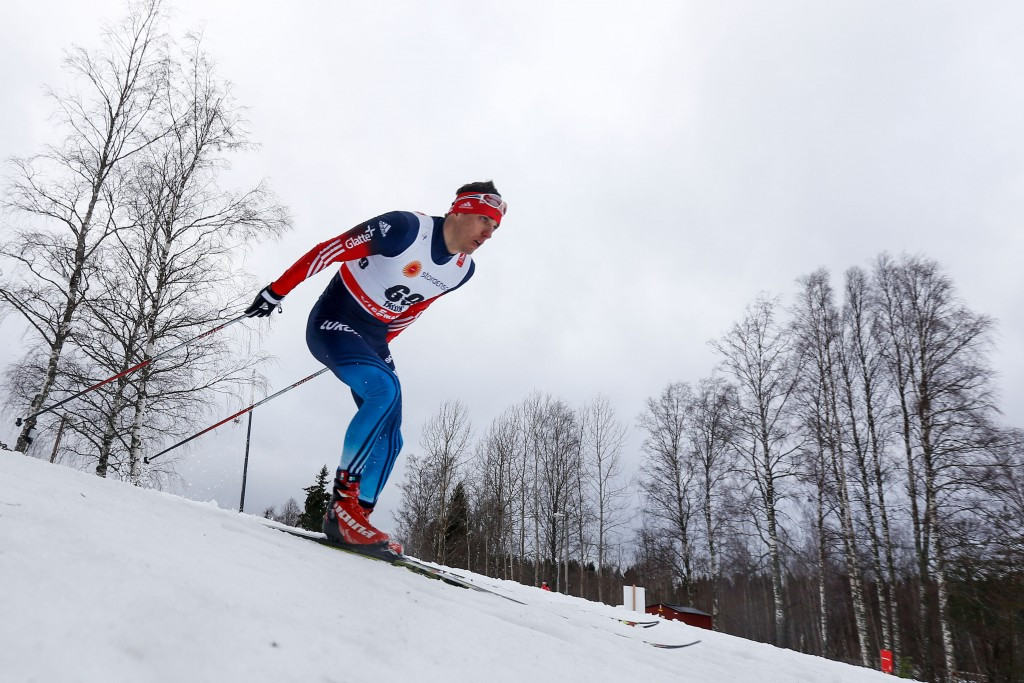 Russian cross-country skier Evgeniy Belov has criticised the process in which Norwegian rival Martin Johnsrud Sundby has been allowed to return to action in-time for the start of the World Cup season after he served a two month summer doping ban.

The double Olympic medallist was banned after his asthma medication caused him to fail two drugs tests for endurance booster salbutamol.

The substance is allowed in excess of limits - to a certain amount - if an athlete can prove the high levels are due to a required therapeutic, but Sundby crucially used a nebuliser to inhale his asthma medication.

This requires a higher labelled dosage than a handheld metric dose inhaler, and pushed the Norwegian, who has suffered from asthma since childhood, over the allowed maximum dose.

It is he claimed Sundby and other members of the team received incorrect advice from their doctor.

An International Ski Federation (FIS) tribunal initially cleared the 31-year-old of any wrongdoing only for the World Anti-Doping Agency to successfully appeal to the Court of Arbitration for Sport.

Sundby was consequently banned from July but will be free to return to competition after September 11, so well before the World Cup season opener in November.

But the Russian claims the process was rigged to ensure Sundby was only suspended over the summer off-season.

He pointed out how there was a six month gap after the failed tests were registered on December 13 and January 8 before the suspension began.

"I think it's obvious," Belov told Russian newspaper Sport Express when asked why the process was taking so long.

"Sundby did not want to disqualify in the middle of last season, so he was given a run up, and for two months in the summer suspended.

"So he does not miss a single start."

A Sport Express editorial piece has also raised concerns and pointed out how the Norwegian Anti-Doping Agency is advised by Rune Andersen, the anti-doping lawyer who led the International Association of Athletics Federations (IAAF) Task Force which recommended all Russian athletics athletes be banned from Rio 2016 following allegations of state-sponsored doping.

It claims anti-doping rules are being applied less strictly in other countries than inside Russia.

Belov's claims have been rejected by the Norwegian Ski Federation, however, who claim that they were not responsible for the timeline.

"It was WADA who appealed the acquittal in doping panel," the body's head of communications Espen Graff told Dagbladet.

"We had no means control over the schedule being governed by procedural deadlines."

Sundby himself has also criticised WADA for making a political decision at his expense, although the anti-doping organisation have rejected that this is the case.