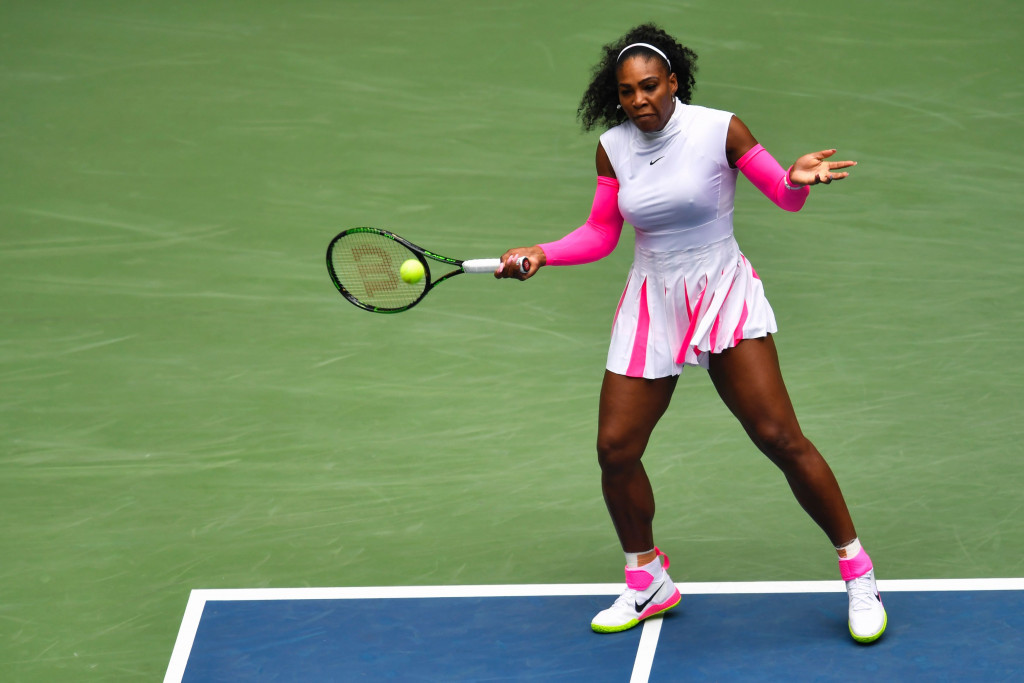 World number one Serena Williams set a record for the number of women’s Grand Slam victories as she cruised into the fourth round of the US Open by beating Sweden's Johanna Larsson at Flushing Meadows in New York City.

The American dominated the contest from start to finish, dropping just three games on her way to sweeping aside the Swede 6-2, 6-1 to earn her 307th Grand Slam win.

The success for Williams, bidding for her seventh US Open crown at this year’s tournament, saw her surpass Martina Navratilova at the top of the all-time women’s list.

She has also now tied the mark of Roger Federer and will go ahead of the Swiss if she overcomes Kazakhstan's Yaroslava Shvedova in the next round.

"That's pretty awesome and what a place to do it, where everything first started," the 34-year-old Williams, who clinched her maiden Grand Slam title at Flushing Meadows in 1999, said.

"To be up there with both men and women is something that's super rare, and it actually feels really good."

Fifth seed Simona Halep of Romania made hard work of her encounter with Hungary's Timea Babos before eventually ending on the right side of a 6-1, 2-6, 6-4 scoreline, while Poland’s Agnieszka Radwanska, seeded fourth, beat Caroline Garcia 6-2, 6-3.

Halep is due to go up against Spaniard Carla Suarez Navarro, with Radwanska due to face Ana Konjuh of Croatia.

Venus Williams, winner of the US Open in 2000 and 2001, is also through as she defeated Germany’s Laura Siegemund 6-1, 6-2 to set up a meeting with Russian Anastasia Pavlyuchenkova in round four.

In the men’s draw, 2015 French Open champion Stanislas Wawrinka of Switzerland survived a scare as he saved match point before edging past Britain’s Dan Evans in five sets.

Illya Marchenko of the Ukraine awaits in the fourth round for the Swiss.

The Briton, seeded second, is next due to take on Grigor Dimitrov of Bulgaria.

Elsewhere, unseeded Argentinian Juan Martin del Potro, who lost out to Murray in an epic gold medal match at Rio 2016, continued his comeback following a number of injuries with a 7-6, 6-2, 6-3 win over Spain’s David Ferrer to reach the US Open fourth round for the first time since 2012.