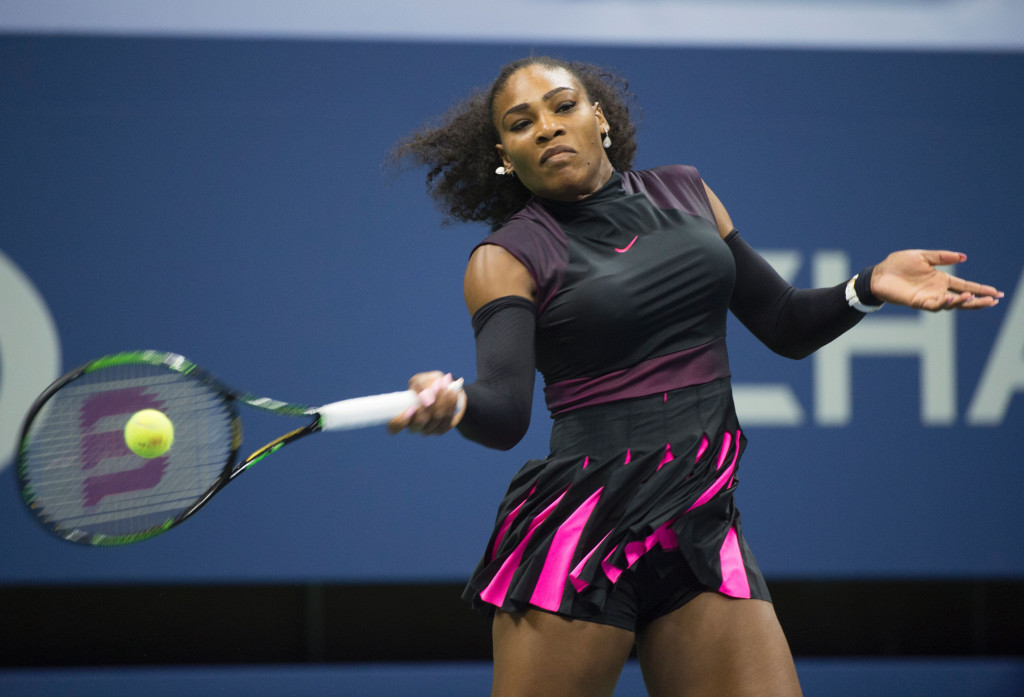 World number one Serena Williams equalled Martina Navratilova’s record of 306 Grand Slam victories as she swept aside compatriot Vania King to reach the third round of the US Open at Flushing Meadows in New York City.

The American was not at her best but still proved too strong for King, the world number 87, comfortably progressing with a 6-3, 6-3 success under the roof at the Arthur Ashe Stadium.

The top seed, bidding for a seventh US Open title, is due to take on Sweden’s Johanna Larsson in round three.

“Sometimes I don't even know that I'm hitting these milestones, but some of them I'm really proud of,” said Williams.

“I knew it was on the horizon.

“I knew at Wimbledon that I wanted to get there.

“Obviously I'm excited about that.

“I would like to take one more step, several more steps.

“Martina was just an incredible legend - for me, one of the best players to ever play tennis.

“Someone that I never even thought I could be as good as numbers wise.”

Serena’s sister Venus also booked her place in the next round as she beat Julia Görges of Germany 6-2, 6-3, while fourth seed Agnieszka Radwańska of Poland came through a tough opening set before overcoming Britain’s Naomi Broady 7-6, 6-3.

Simona Halep of Romania, seeded fifth, made light work of the Czech Republic’s Lucie Šafářová with a 6-3, 6-4 victory.

In the men’s draw, double Olympic champion Andy Murray of Britain maintained his excellent run of form of late with a straight sets win in his clash with a potentially tricky opponent Marcel Granollers of Spain.

The second seed, considered as one of the favourites for the title with world number one and defending champion Novak Djokovic struggling with injury, breezed past the Spaniard 6-4, 6-1, 6-4 to set up a meeting with Italian Paolo Lorenzi.

Murray, winner of the US Open 2012, admitted conditions under the roof were difficult as a storm continued in New York City.

“It's tough, you couldn't really hear the ball, which makes it tricky, but we're lucky to play under the roof because otherwise there'd be no tennis right now,” said Murray.

Juan Martin del Potro, who lost out to Murray in an epic Olympic final at Rio 2016, joined the Briton in round three by beating Steve Johnson of the United States 7-6, 6-3, 6-2.

It is the first time the Argentinian has made it to the third round at the tournament since 2012 following a number of injuries.