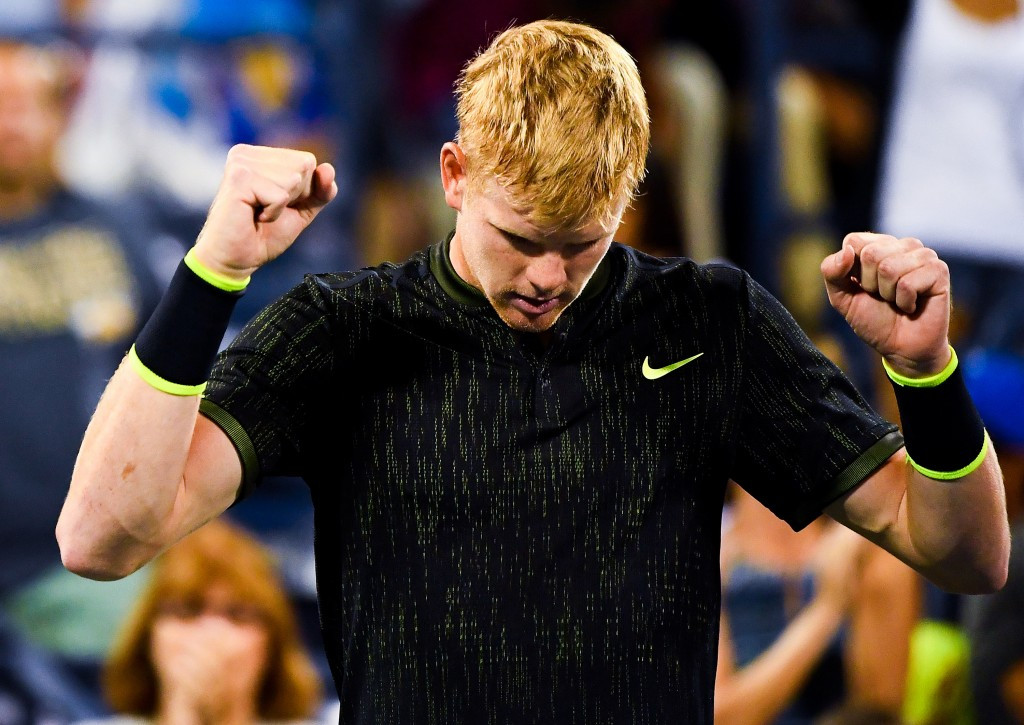 Britain’s Kyle Edmund continued his remarkable run of form at the US Open as he dispatched another seeded player with victory over John Isner of the United States to reach the fourth round at Flushing Meadows.

The world number 84 had never been beyond round two of a Grand Slam until he arrived in New York City and he prolonged his stay in the tournament by overcoming the big-serving American 6-4, 3-6, 6-2, 7-6.

Isner, seeded 20th, hit 27 aces but was unable to convert his chances as the Briton set up a meeting with world number one and top seed Novak Djokovic.

The Serbian, who has been struggling with injury and his form as of late, progressed after his opponent pulled out for the second consecutive round.

Djokovic was leading 4-2 when Russia’s Mikhail Youzhny was forced to withdraw with a leg injury.

It came after the defending champion also had a walkover in the second round when the Czech Republic’s Jiří Veselý retired before the pair took to the court.

"It's difficult to pick the words," Djokovic said.

"I don't think I have had this situation before.

"I will try to get the positives out of these six games.

"I started well with good intensity and will try to carry that on to the next match.

"I'm sorry you guys watching didn't get to see a full match."

Spaniard Rafael Nadal has still yet to drop a set as he maintained his 100 per cent record at the tournament thus far, beating Russia's Andrey Kuznetsov 6-1, 6-4, 6-2 to book his place in round four.

Nadal, a winner of 14 Grand Slam titles, has looked in formidable form and he will next take on Frenchman Lucas Pouille.

In the women’s draw, there was more success for Britain as Johanna Konta proved too strong for Switzerland’s Belinda Bencic with a 6-2, 6-1 success.

Konta will play Anastasija Sevastova of Latvia, conqueror of French Open champion Garbine Muguruza in the second round, after she overcame Ukraine's Kateryna Bondarenko 6-4, 6-1.

American eighth seed Madison Keys was involved in a titanic encounter with Naomi Osaka of Japan before she eventually battled through, clinching a 7-5, 4-6, 7-6 triumph after a dramatic final set.

Osaka, ranked 81st in the world, was on the brink of a stunning upset when she led 5-1 in the third but crumbled under the pressure as Keys won six of the next seven games to earn a tense comeback victory.