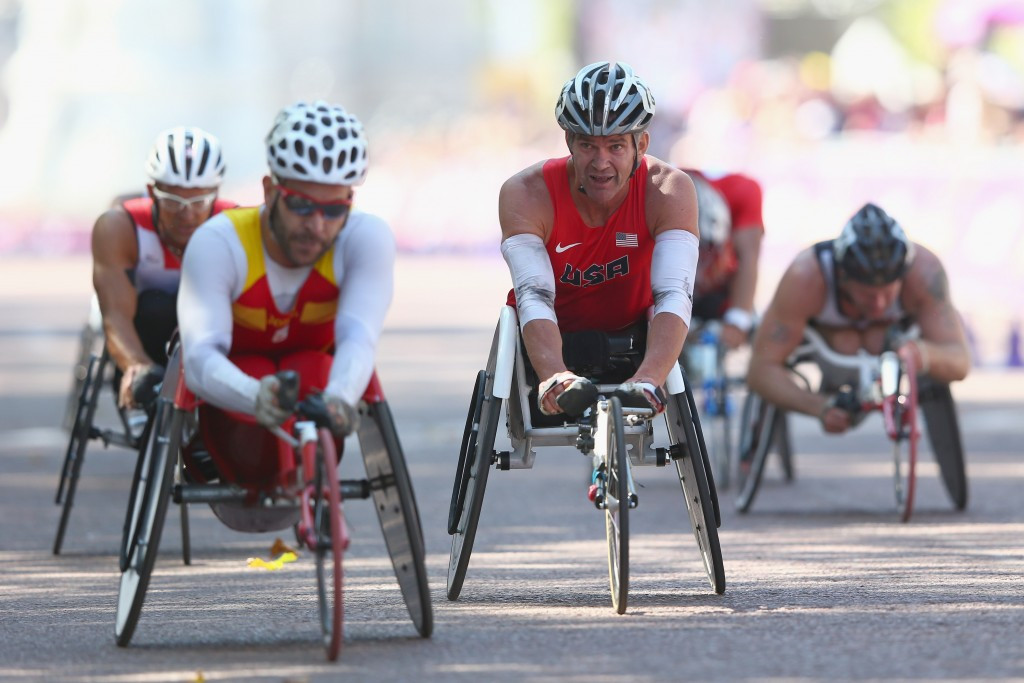 The event, which will represent the first time Para-triathlon has had a stand-alone World Championships, takes place less than two months before the sport is due to make its Paralympic Games debut in Rio de Janeiro.

It will feature all five Para-triathlon classes at the same venue which will stage the 2017 ITU World Triathlon Series Grand Final.

Schabort, who won his first men’s PT1 title in 2014, is likely to face strong opposition from home favourites Jetze Plat and Geert Schipper who came first and second respectively at this year’s European Championships in Lisbon.

The equivalent women’s event will feature the reigning world champion Kendall Gretsch along with her American team-mate Mary Catherine Callahan, who triumphed at the World Paratriathlon Event in Yokohama in May.

France’s Stephane Bahier is among the favourites for gold in the men’s PT2 class, but the world number two will have to overcome the likes of American Mark Barr and Morocco’s Mohamed Lahna.

In the women’s race, world number three Elise Marc of France will try to outperform the US’s Hailey Danisewicz, as she did on home soil in Besançon last month.

Marc is enjoying a great season having claimed victory at the European Championships two months ago, however, she will be aware of the fact that Danisewicz and US team-mate Allysa Seely took the respective silver and gold medals at last year’s World Championships.

The men’s PT4 race looks set to be one of the most competitive events tomorrow with a large contingency lining up that could feature on the podium.

Top medal hopes include Spain’s Jairo Ruiz Lopez and Germany’s Martin Schulz, both of whom are Rio 2016-bound after performing strongly at recent ITU events.

Schulz is a two-time world champion with ambitions of reclaiming his title after losing it to Canada’s Stefan Daniel last year.

Others to watch include France’s Yannick Bourseaux, the US’s Chris Hammer and Japan’s Keiichi Sato.

Also a talent-stacked field, the women’s PT4 race will be a fight between Great Britain’s Lauren Steadman and Faye McClelland, as well as US number one Grace Norman.

The crown is seemingly Steadman’s to lose having gone undefeated the last two years and picked up wins at the 2014 and 2015 World Championships in doing so.

The swim is due to take place in the Rijnhaven with all competitors doing one lap of 750 metres in clockwise direction.

This will be followed by a 20-kilometre cycle on a flat course of four laps, and then a run over two laps on a 2.5km circuit along Het Park.