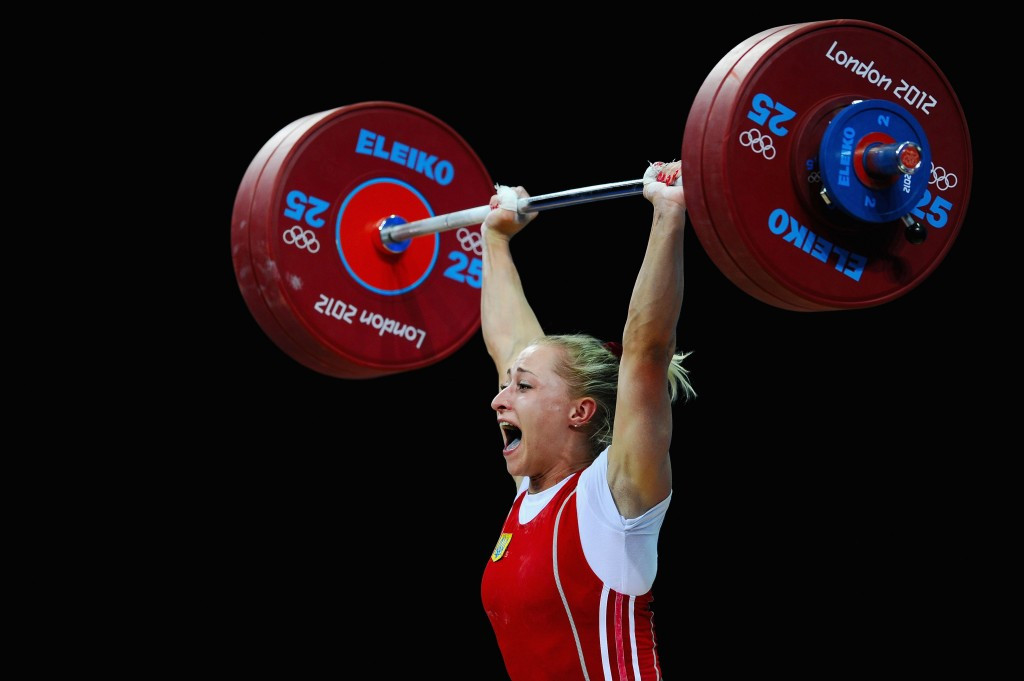 Ukrainian weightlifter Yulia Kalina has been stripped of her Olympic bronze medal by the International Olympic Committee (IOC) after she became the first athlete to be officially sanctioned by the body as part of re-tests of samples provided at London 2012.

A re-analysis of a urine sample provided by Kalina, third in the women's 58 kilograms event at the London 2012 Olympics, returned a positive test for prohibited substance turinabol, an anabolic steroid.

The IOC has disqualified the 27-year-old from the event and has ordered the Ukrainian to return her medal.

Rattikan Gulnoi of Thailand is in line to be promoted to the bronze medal after she was fourth behind Kalina in London four years ago.

The IOC has also called on the International Weightlifting Federation (IWF) to "to modify the results of the above-mentioned event accordingly and to consider any further action within its own competence".

The decision was made by an IOC Disciplinary Commission made up of chair Denis Oswald, World Archery President Uğur Erdener and Juan Antonio Samaranch.

Kalina, a World Championships silver medallist in 2009, was notified of her failed drugs test on May 26 through the Ukraine Olympic Committee, the IOC confirmed.

The Ukrainian then requested the opening of her 'B' sample, which also tested positive, leading to the IOC to take action.

The IWF had already imposed a provisional suspension on Kalina as a result of the failed test and are now likely to hand her a further ban from the sport.

Weightlifting has proved to be a problem sport when it comes to doping as athletes from four countries - Azerbaijan, Belarus, Kazakhstan and Russia - have all been banned from Rio 2016, subject to formal ratification of the cases by the IOC, due to the retesting of samples given at Beijing 2008 and London 2012.

Bulgaria were also excluded from Rio 2016 by the IWF Executive Board late last year because of 11 positive doping cases during the calendar year.

The IWF intends to set up an Independent Investigation Commission to investigate countries with more than three anti-doping rule violations.

The organisation then found 23 positives from London 2012, including Kalina's.

insidethegames has contacted the IWF and the National Olympic Committee of Ukraine for comment.