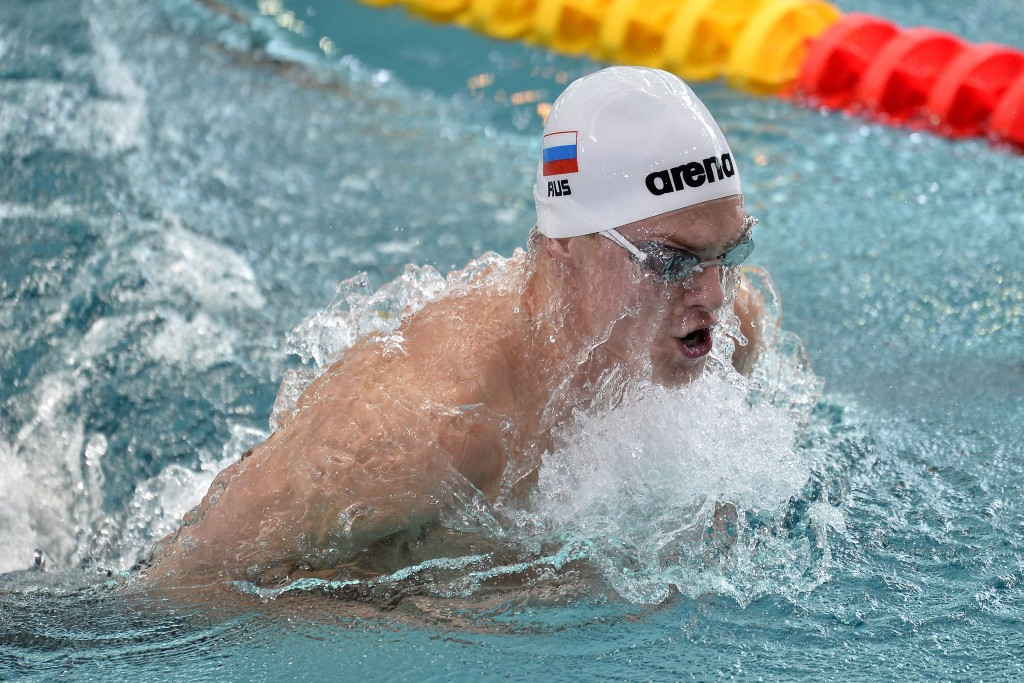 Russia’s Vladimir Morozov claimed victory once more in the men's 100 metres individual medley at the International Swimming Federation (FINA) Swimming World Cup in Berlin, breaking the world record for the second time in as many races.

Morozov won the race in a time of 50.30 seconds which is 0.3 seconds faster than the previous record which he also set last week in Paris, in the first leg of the FINA Swimming World Cup.

The action has now moved to Berlin, which is hosting a leg for the first time since 2013.

Morozov topped the podium on three occasions in Paris and he was in ominous form in Germany once more, claiming three more medals.

He won the opening final of the day, the men's 100m freestyle in a time of 45.79sec, as well as the mixed medley in the last race of the day.

The triple Olympic champion's first win came in the women's 200m freestyle where she narrowly beat Australian Madeline Groves by 0.44 of a second.

Hosszú then won her second and third races of the day in the women's 200m medley and 200m backstroke respectively.

She could have won a further two medals but fell short to Jeanette Ottesen of Denmark in the women's 100m butterfly and Emily Seebohm of Australia in the women's 50m backstroke.

Ottesen picked up her second victory later on in the women's 50m freestyle race, whilst Katie Meili of the United States won the women's 100m breaststroke in a time of 1:02.92

The London 2012 200m butterfly gold medallist collected 60 points in Paris-Chartes to sandwich himself between Morozov, the leader with 86, and Germany's Philip Heintz, third with 54.

German duo Marco Koch and Philip Heintz were successful in the men's 200m breaststroke and 400m medley respectively, and in the final race of the day, the mixed 4x50m medley relay, Russia cruised to victory in a time of 1:39.77.