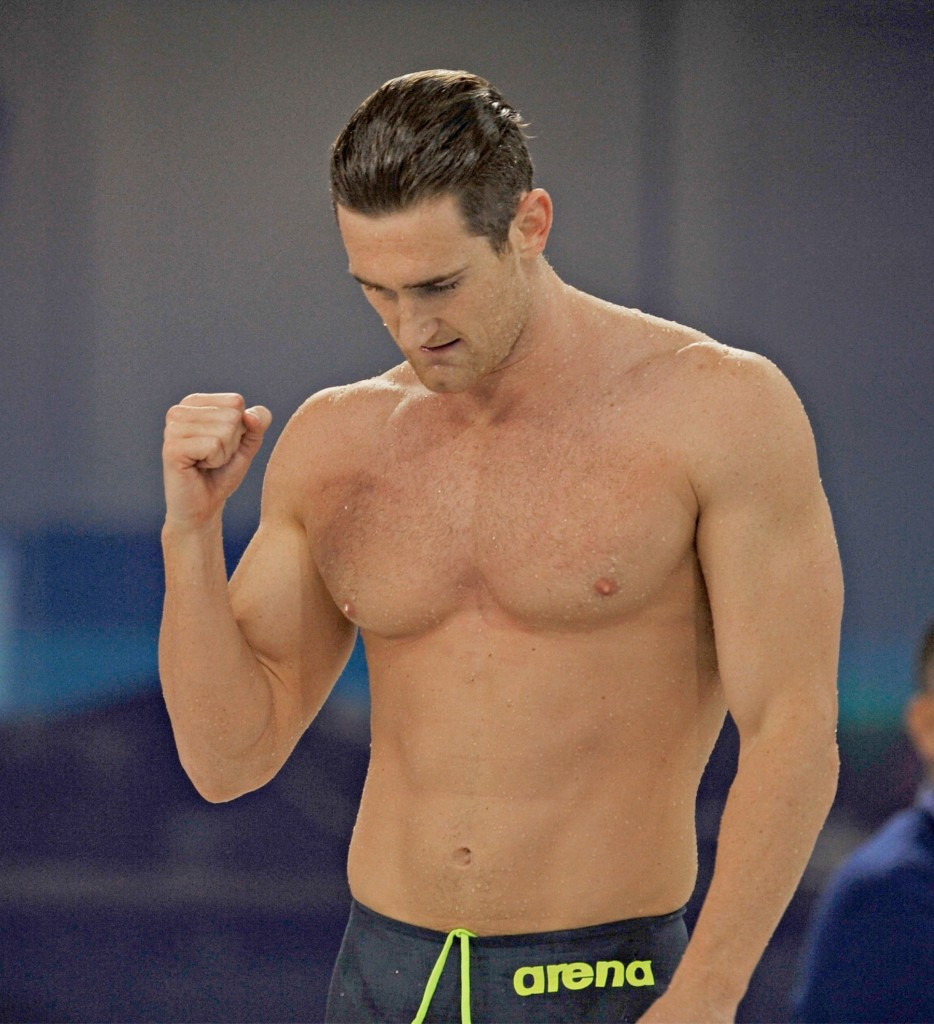 Van der Burgh sealed the men’s crown in style by securing gold in his preferred 100 metres breaststroke event, in which he won the Olympic title at London 2012, in a time of 59.05, touching the wall ahead of world champion and world record holder Adam Peaty of Britain.

The result ensured he finished unbeaten in the event over the entirety of the FINA World Cup campaign as he also won every 50m breaststroke race, helping him to a total of 369 points, which handed him his third World Cup title following victories in 2008 and 2009.

Team-mate Chad Le Clos, a three-times world champion, was second and Australia’s Mitch Larkin was third on the overall standings, though both swimmers were some way adrift of Van der Burgh’s commanding total.

Hosszú added another four podium finishes, including one gold, to her four medals she earned on the opening day to ensure she finished at the summit of the women's leaderboard.

Her sole victory came in the 400m individual medley as she clocked 4min 33.88sec, which proved enough to beat Japan’s Sakiko Shimizu, with Caitlin Leverenz of the United States claiming the final spot on the podium.

The Hungarian, who won double gold at the FINA World Championships in Kazan in August, ended the campaign with 669 points to maintain her grasp on the World Cup, which she has held since 2012, ahead of Australia’s Emily Seebohm.

Hosszú’s compatriot Zsuzsanna Jakabos held on for third place on the overall standings.

Elsewhere on the final day of the campaign, Seebohm pipped the Hungarian to gold in the 100m backstroke race by posting a time of 58.51, with Britain’s Harriet Cooper claiming third.

Cooper’s team-mate and 2015 world champion James Guy edged Serbia’s Velimir Stjepanovic in the men’s 200m freestyle as he clocked 1:46.60, while Jeremy Stravius secured a rare medal for France as he took home bronze.

Le Clos was able to finish the World Cup season with gold as he won the 100m butterfly event in 51.09, though he had to settle for silver in the 50m freestyle as he was second behind Brazil’s Bruno Fratus, who recorded a time of 22.05.

Australia’s Larkin, who was close to setting a world record in the 100m backstroke, clinched gold over four laps of the pool in 1:53.17 to touch the wall in front of Masaki Kaneko of Japan, with Luke Greenbank adding another medal to the British haul by taking home bronze.

Junior world record holder Viktoria Gunes of Turkey was again in formidable form as she sealed victory in the women’s 200m breaststroke by posting 2:22.87, the quickest time of the year.