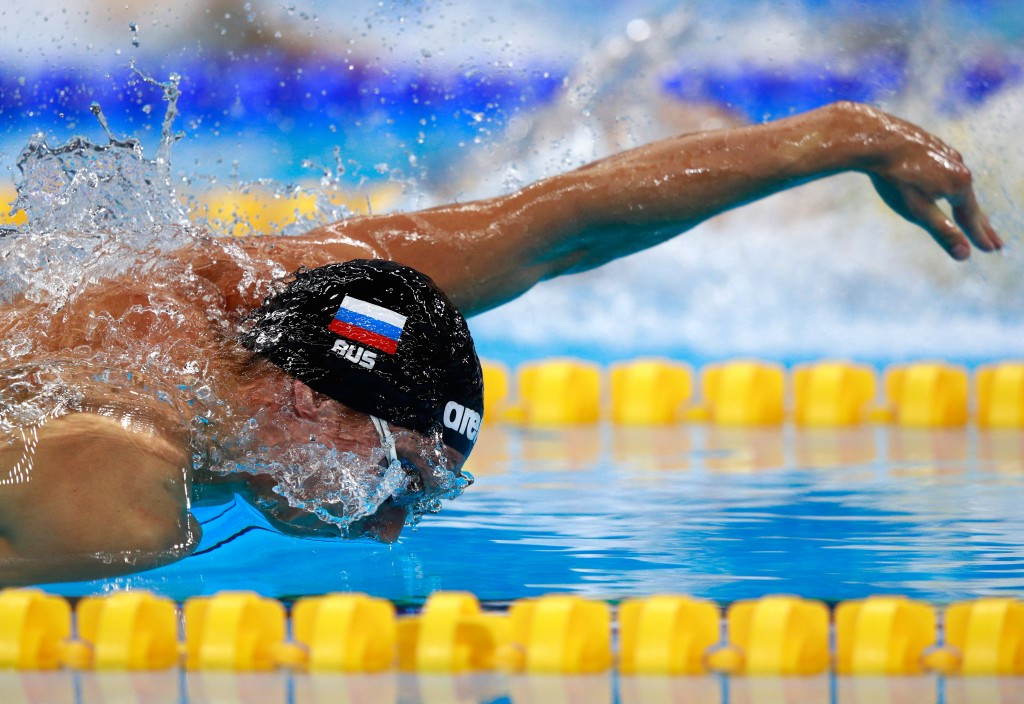 Morozov was one of the Russian athletes initially banned from competing at the Rio 2016 Olympic Games after being mentioned in the McLaren Report, which uncovered an alleged state-sponsored doping scheme in the country.

He clocked a winning time of 50.60sec to break the previous record held by Germany’s Markus Deibler, who set 50.66 at the 2014 Short Course World Championships.

Victory for Morozov earned him his second gold medal on the opening day of the meet having earlier won the men’s 100m freestyle in 45.57.

Ukraine’s Daryna Zevina narrowly missed out on a world record in the women’s 200m backstroke, clocking 1:59.35 for the gold medal and a new World Cup record.

Hungary’s Katinka Hosszú, the runner-up in 2:01.80, holds the world record of 1:59.23, but Zevina’s swim was still hugely impressive given that she has become just the third woman to break the two-minute mark in the event’s history.

Australia’s Emily Seebohm completed the top three with a time of 2:02.46.

Australia’s Leah Neale and Madeline Groves came second and third in the 200m freestyle with times of 1:54.89 and 1:55.44 respectively.

Groves also finished third in the 100m butterfly, 0.23 seconds behind runner-up Jeanette Ottesen of Denmark with a time of 56.77.

Atkinson was Hosszú’s nearest challenger in the 200m individual medley, posting 2:07.89 to hold off the challenge of Japan’s Miho Takahashi who clocked 2:08.22.

Govorov had to settle for silver in the 50m butterfly with his time of 22.41 bettering that of third-placed Frenchman Jeremy Stravius by 0.37 seconds, while Heintz was the runner-up in the 200m butterfly in 1:51.84, followed by Australia’s Nic Brown in 1:54.69.

Action in Paris-Chartres is due to continue tomorrow.