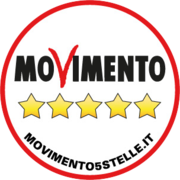 Rome’s Five Star Movement (M5S) is still against the Italian capital hosting the 2024 Olympic Games, according to its leader Paolo Ferrara.

New Rome Mayor Virginia Raggi, a representative of the populist M5S, has been a leading critic of the attempts to bring the Games back to the city for the first time in 64 years.

It is considered imperative that Rome 2024 secure the full-blooded support of Raggi and her M5S colleagues if it is to stand a realistic chance of beating rivals Budapest, Los Angeles and Paris in the bidding race.

With the Rio 2016 Olympic Games now over, key discussions are expected to take place between bid leaders and Raggi.

Answering a question on Rome 2024 director general Diana Bianchedi's statement that she wants to set up a meeting with Raggi to map out the "best" possible bid, Ferrara told ANSA: "We have already given a clear answer some time ago; we campaigned for Rome City Council on a 'No' to the Olympics.”

Ferrera added that Raggi had already "underlined" that "we must be coherent".

Raggi has previously said a decision on whether Rome should press ahead with its bid will be made in October.

Her constant opposition has threatened the future of the campaign and the fact that she is also considering whether to hold a referendum will cause concern among organisers and supporters.

This would be a major risk considering almost all Olympic bid referendums have proved unsuccessful, including one in Hamburg last year which prompted the German city's withdrawal from the 2024 race.

Raggi told Italian newspaper Metro that she "wouldn’t hesitate" to call for a public vote if the city’s residents asked for one.

Rome 2024 remain hopeful their bid could retain the support of the new city authorities following a meeting last month.

A delegation including bid vice-president Luca Pancalli and Italian National Olympic Committee President Giovanni Malagò met with the city's Deputy Mayor Daniel Frongia, who has special responsibility for sport, as well as Ferrara.

Frongia claimed afterwards that the city was "open to dialogue".