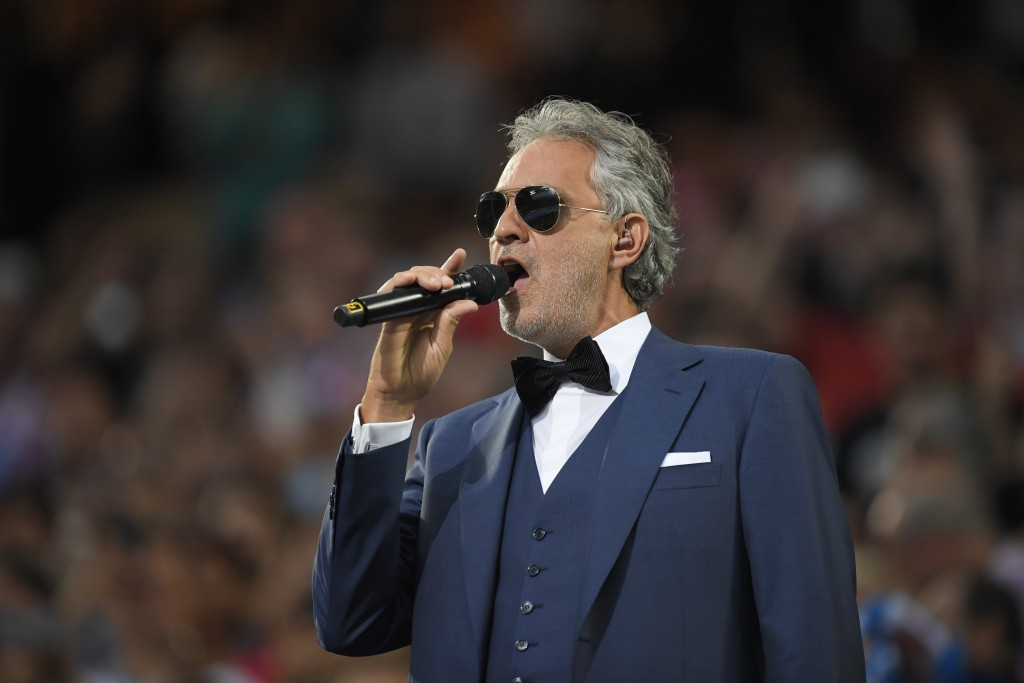 Singer Andrea Bocelli and actress Monica Bellucci are among a list of 17 "champion" ambassadors announced in a bid to increase support for Rome's bid for the 2024 Summer Olympic and Paralympic Games.

The list of figures are from outside the sports world, comprised of "universally-recognised and beloved Italian figures epitomising all that is 'Made in Italy'."

Leading names from film, music, fine dining, art and business spheres are among them.

This includes Bocelli, one of the world's best-known classical crossover tenor and singer-songwriters, despite being blind since the age of 12, and Bellucci, an actress who, last year, at 51, became the oldest Bond girl when appearing in the film Spectre.

Fashion designer Giorgio Armani is another high-profile member of the group, along with another actor, Roberto Benigni.

They are joined by conductor Riccardo Muti and singer Laura Pausini, as well as a host of business leaders.

In a joint statement, they claimed Rome 2024 is “an opportunity we can't miss out on, and a chance to leave an important legacy for the city and the entire nation”.

it comes as Rome's bid continues to face challenges following the election of Virginia Raggi as Mayor of the Italian capital last month.

Raggi has repeatedly outlined her opposition to the bid, although a dialogue has been opened between Rome 2024 organisers and the City Council in recent weeks.

Bid officials claim to be confident the bid will survive.

But they are keen to build support across the country, claiming it is an Italian rather than just a Roman bid, with the ambassadors hailing from cities spanning Florence, Naples, Palermo, Cagliari, Milan, Verona, Genoa, Bologna, Bari, Turin and Udine.

“The Eternal City must be ambitious, as its history is unparalleled and it has played a timeless role in the world of sports," added the businessmen associated with the scheme.

"No goal is too high.

"This is an extraordinary opportunity to highlight our traditions and give the next generation the keys to the future by developing a transparent and low-cost project."

Rome is up against Budapest, Paris and Los Angeles in a four-horse race for the Games.

A final decision is due to made at the International Olympic Committee (IOC) Session in Lima on September 13 next year.